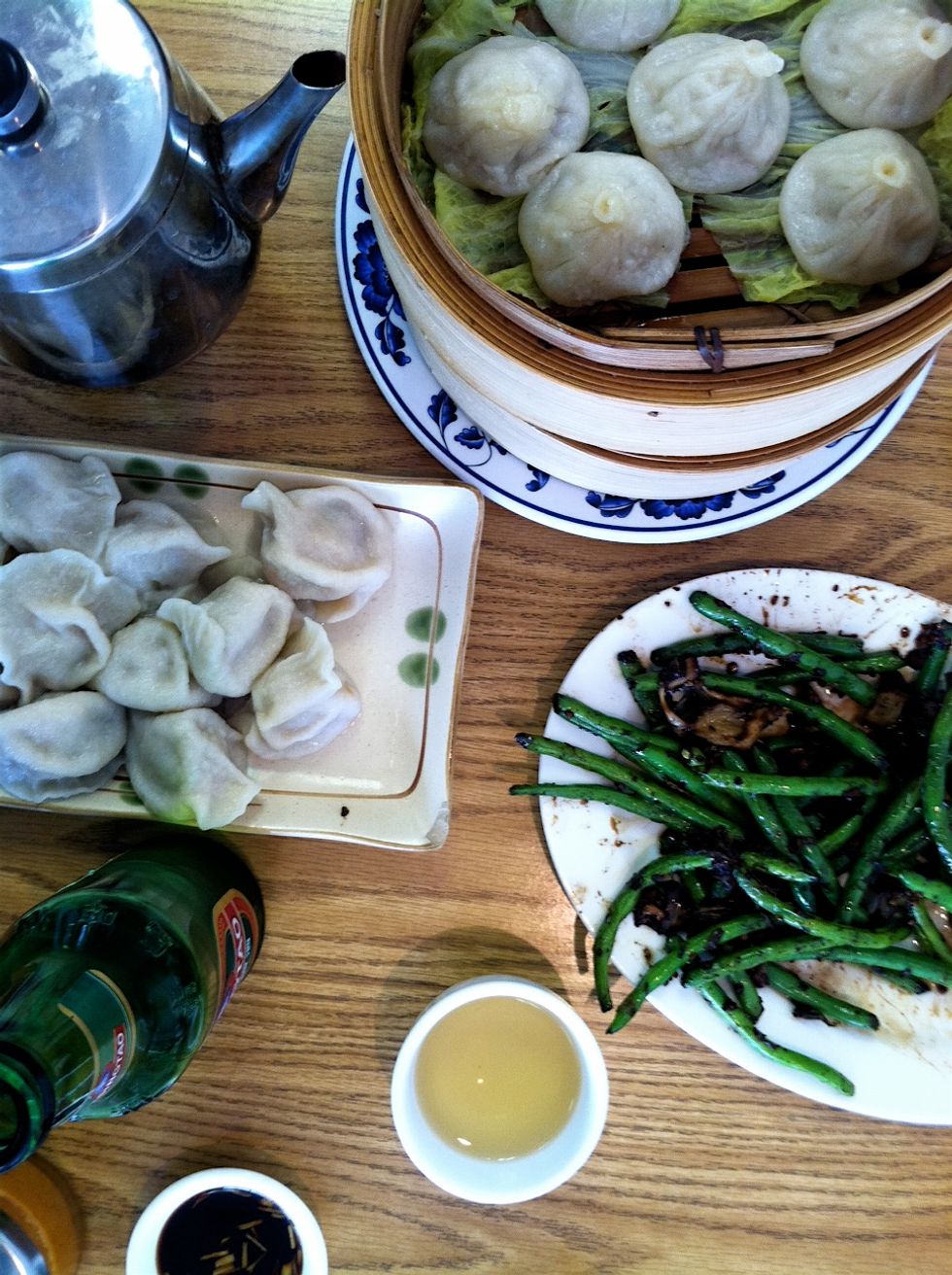 The best thing I ate this week was not the caramel corn–chocolate chip cookie at Cento (360 Ritch at Brannan St.), which is located right next to Little Skillet. The cookie—which sounded so great in theory—wasn't so good in reality. What was better was the thick as mud Americano I had while sitting in the sun on the loading docks across from the little coffee takeout window. I wish, however, I'd paired it with the mint ice cream sandwiches that one Yelper raves about. Next time.

Further afield, in South San Francisco, I finally made my way down 101 to Dumpling Empire, a relatively new addition to the dumpling scene. It's a bit of a drive, but it's a perfect stop-off on the way back from SFO—from one of those many trips where you get off the plane and feel the need to recalibrate by eating something good and real and not infused with recirculated air.

The menu is very familiar—just like Kingdom of Dumpling's (1713 Taraval St.) essentially. But when I asked if there was a connection between the two, our very nice server said no. Regardless, it's not quite up to KOD's deliciousness, but it's certainly more than passable—to the point that I compulsively ate an entire platter of green beans, salty with bits of garlic and preserved cabbage. The kids polished the XLBs (soup dumplings) and another bonus? We didn't have to wait for a table.

And 10 minutes before I have to post this blog, I'm still digesting a great lunch at Marlowe. Someone had suggested that we put their warm shrimp roll on the Big Eat and I hadn't had it at the time. Now, I'm torn between that and their fried chicken sandwich, which is also great. Add to that the deviled egg sandwich, which is a gut bomb, but boy is it good while it lasts (and before your brain registers what you just ate). All of this with a carafe of rosé to share with some friends and it was a great Friday lunch. I'm primed for the weekend.