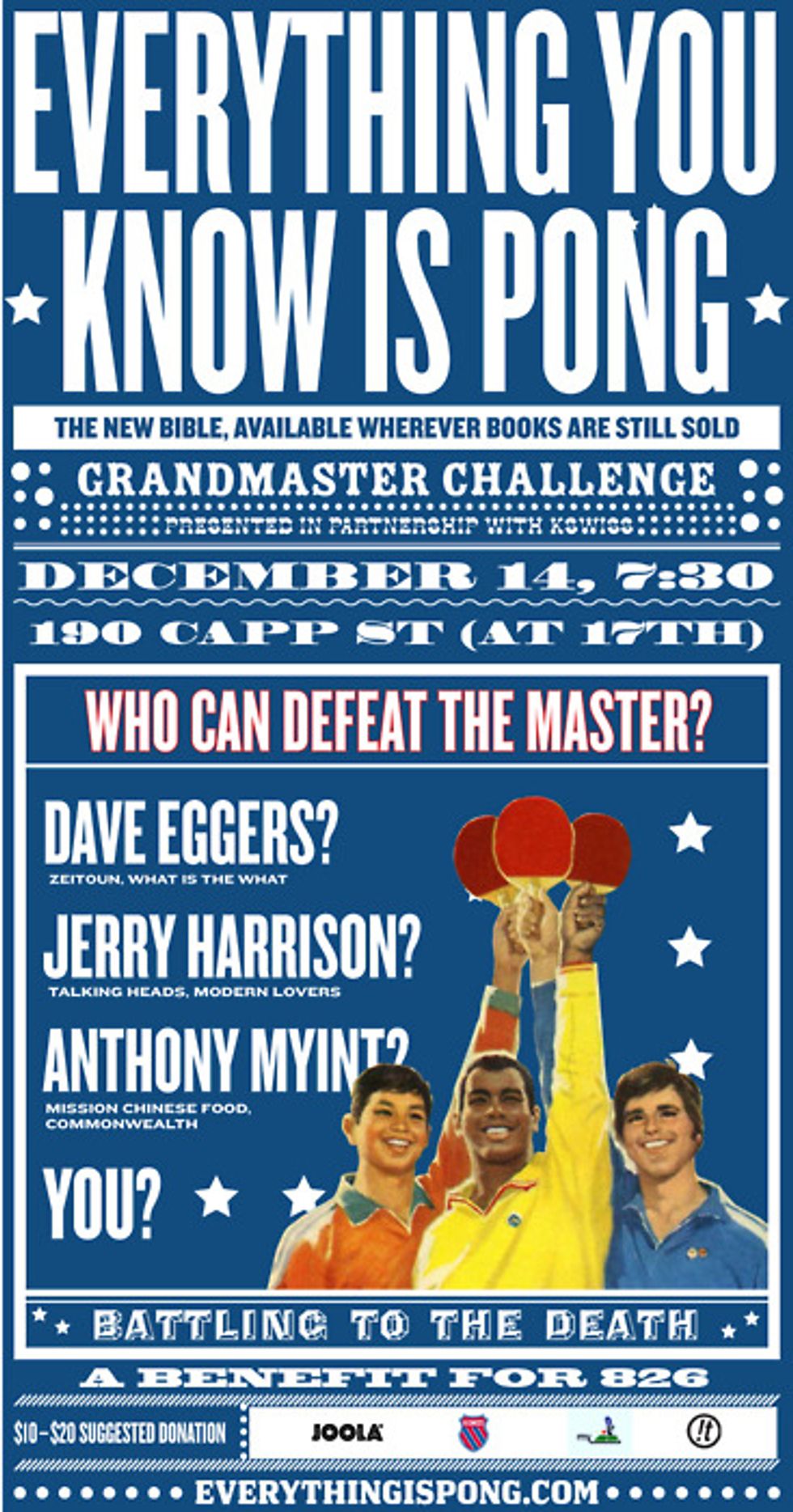 In perhaps one of the coolest schemes to raise money and awareness for local non-profit 826 Valencia, Dave Eggers, Anthony Myint (of Commonwealth & Mission Chinese Food fame) and ex-Talking Heads guitarist Jerry Harrison will battle to the death against champions in ping pong games inspired by the new book Everything You Know Is Pong, which is about--you guessed it--ping pong's status in pop culture and world history.

It's a compendium by Roger Bennet and McSweeney's editor Eli Horowitz that spares no detail about ping pong as a great connector of intellectuals, pop figures and world leaders, and includes essays by Nick Hornby, Jonathan Safran Foer, Howard Jacobson and more. Sounds to us like a good read.

Amateur table tennis battles have already taken place between people like funny guy Judah Friedlander and crossword puzzle auteur Will Shortz to benefit 826 NYC, so let's rally the troops and top what they raised on the east coast here in SF. There's a $10-$20 suggested donation to attend, and it takes place at 190 Capp Street at 17th. This is the Grandmaster Challenge, people. Records will be broken, titles and honors will be given, and money will be raised for a good cause. Be there!