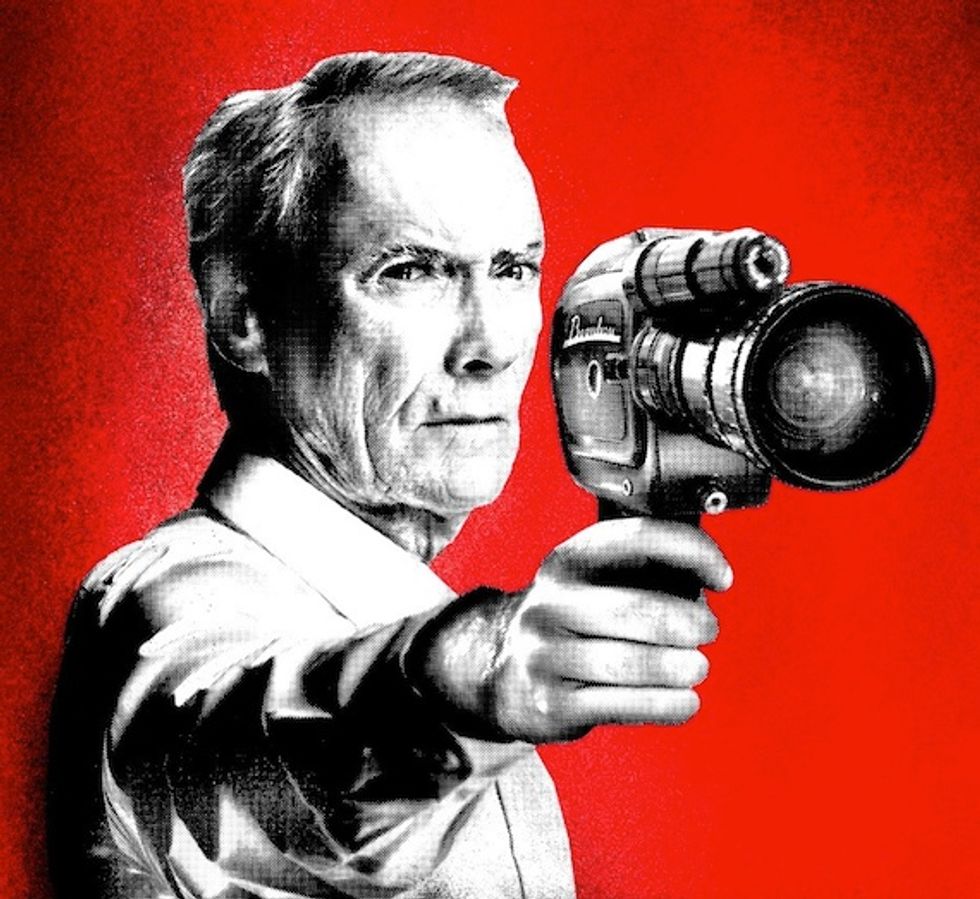 Weekend warriors looking for things to do outside of the city have their work cut out for them this weekend Just a short drive down the 101 will drop them smack in the middle of Carmel-by-the-Sea (just Carmel to the locals) for the 4th annual Carmel Art and Film Festival, one of the best excuses this time of the year to visit the charming seaside community which, in truth, should need none to draw a crowd.

Once Carmel's mayor and still its patron saint, Clint Eastwood graces this year's posters in a design created by LA-based artist Mister Brainwash of Exit Through the Gift Shop fame. Along with a host of other low-key celebs, including (of course) Clint himself, Mr. Brainwash will be appearing at the fest this year, here are some of the film highlights:

Ben Lewin's surprisingly warm and well-constructed The Sessions, featuring  "Deadwood" favorite and Martha Marcy May Marlene star John Hawkes as a Berkeley-based writer confined to an iron lung who is determined to lose his virginity to a professional sex surrogate played by Helen Hunt.

Filmmaker Richard J. Bosner's San Francisco story, Falling Uphill, has been quietly making its name on the very-indie festival circuit but has so far avoided a major screening in the city. Its unconventional lensing on the city by the bay promises a fresh look at the city we call home, sans all the cable cars and Golden Gate views that plague more ordinary "San Francisco" productions.

Dana Brown's seminal Step Into Liquid plays at a free screening-on-the-beach on Saturday evening. One can imagine Brown's famously gorgeous love letter to surfing culture could have the effect of a vanishing edge pool overlooking the Pacific–a manmade spectacle smoothly cresting into the even-more-spectacular Monterey coast.

Saturday evening, festival goers are invited to a sit-down with "24" producer Bob Cochran, who's provided us with many memorable characters as a screenwriter and show creator. You may have fond memories of his older entries as well: "Sons and Daughters," "JAG" and Michael Chiklis' big break, the charming police drama "The Commish."

Alongside its art and film components, the festival boasts two solid musical acts that will surely please rockers on the mellow end of the contemporary spectrum: LA-based up-and-comer Shy Boy and festival favorite Griffin House, who's become almost part of the program, having graced the festival since 2010.

And the parties! Carmel's gorgeous beaches and luxe landscapes are arguably best enjoyed by night, under the light of a bonfire with a drink in hand. There are no shortage of them at the fest, from the Filmmaker's Beach Bash to after-hours get-togethers with featured artist Mr. Brainwash and the festival's opening fete.