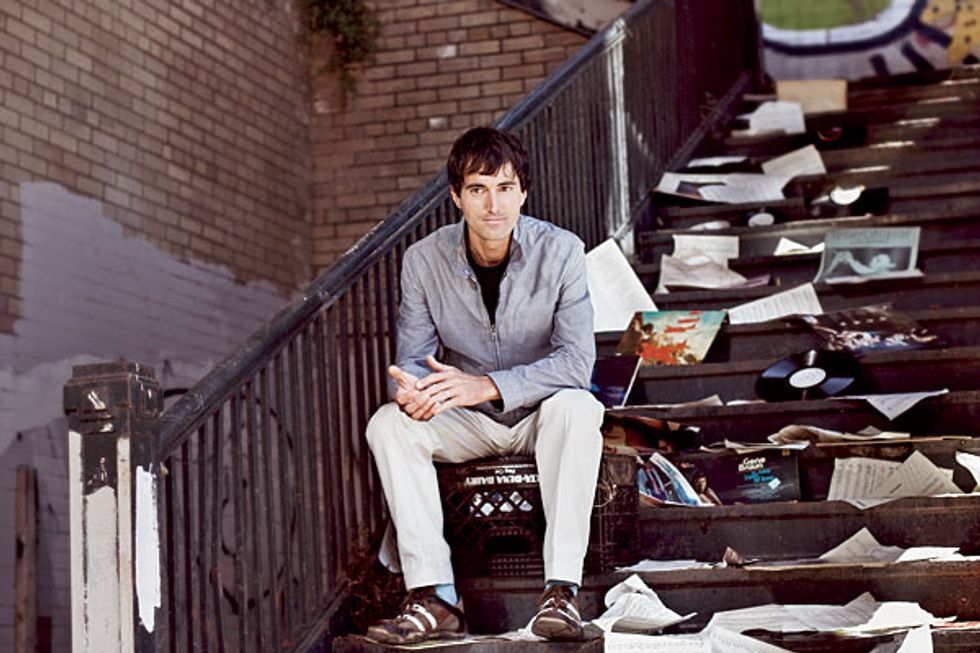 When DJ/composer Mason Bates was named to 7x7's 2012 Hot 30, he was having a big year: The composer-in-residence at the San Francisco Symphony had just premiered his electronic orchestral work Mass Transmission at Davies Hall, and another of his works, Alternative Energy, was opening the season at Carnegie Hall. Now, Bates is once again making headlines in the music world with a new album dropping March 11.

If you aren't familair with Bates' insanely innovative work, just try to imagine the collision of classical music with the rhythms of the digital age—like an electronic dance party on the floor at Davies Hall, or MTT behind the turntables of a Molly-fueled rave. There are sounds of techno, drum ‘n’ bass, and field recordings—one moment you'll be exploring the glaciers of Antarctica, then you'll be floating in space the next. This dude is breaking boundaries, people.

"Mason has an enormous imagination for extending and creating another vocabulary of sound,” says Tilson Thomas, who's commissioned multiple works from Bates, including both The B-Sides and Mass Transmission. “It complements what he's doing with his notes and bass lines and melodies. He blends these two aspects together, and it's volatile and engaging."

Last year, Bates joined the Kennedy Center as composer-in-residence for the 2015-16 season, and he is currently writing his first opera—inspired by the life of Steve Jobs—commissioned by the Santa Fe Opera. In the meantime, look for Bates to debut another SF Symphony commission, Auditorium, at Davies Symphony Hall this April.

//  Mason Bates: Works for Orchestra digital download is available for pre-order on iTunes and via the San Francisco Symphony’s e-store. Watch a promo for the new album here: