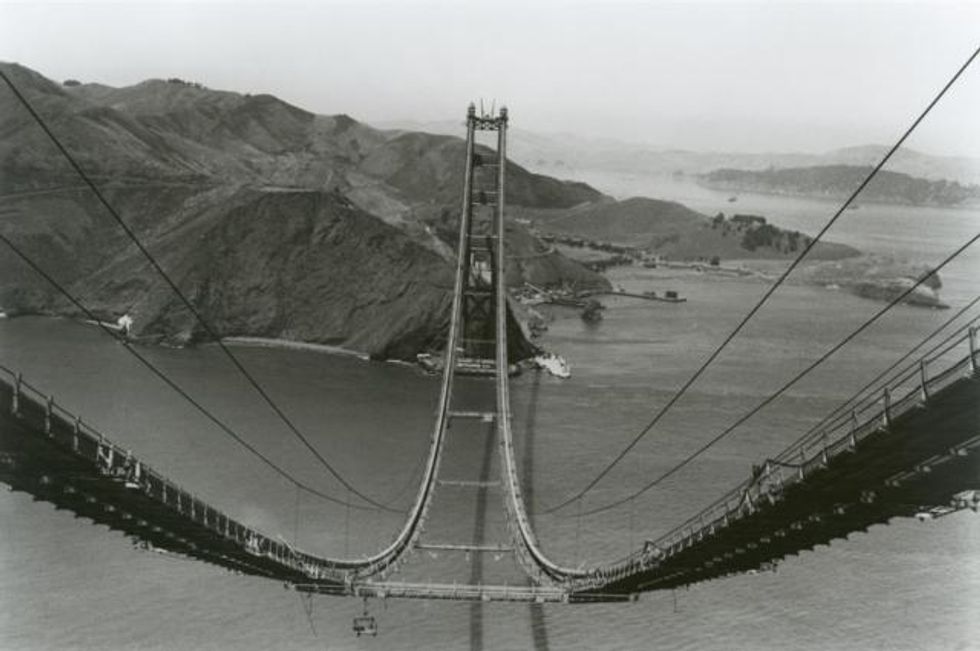 Don't-Miss Design and Arts Events in the Bay Area

Millions of people from around the world have visited the Golden Gate Bridge just to witness its sheer beauty. When this bridge and its sister bridge, the original San Francisco-Oakland Bay Bridge, were constructed, they were considered to be two of the most impressive engineering feats of the century. Now, the Oakland Museum of California is hosting a photo exhibition by one of photography’s masters Peter Stackpole, who chronicled the building of these bridges in the 1930s. Bridging the Bay features 24 striking black-and-white photographs, which include vantage points from the top of the bridge’s catwalks to beneath the bridge’s pillars, along with portraits of the construction workers who risked their lives to build the famous bridges. Opens July 20 and runs through January 26, 2014, 1000 Oak Street.

San Francisco’s Dolby Chadwick Gallery is hosting a new solo exhibition by artist Gonzalo Fuenmayor. They Say I Came Back Americanized features an array of stunning charcoal drawings by the Colombian-born artist. Through his work, Fuenmayor studies what it’s like to be of two cultures. For example, in his Carmen series, he draws portraits of the famous Brazilian entertainer Carmen Miranda and her eccentric headpieces full of fruit and flora; through this beautiful artwork, he draws on the Latino stereotypes that exist in the U.S. Runs through August 31, 210 Post Street, Suite 205.

Click here for more design events in the Bay Area this month!