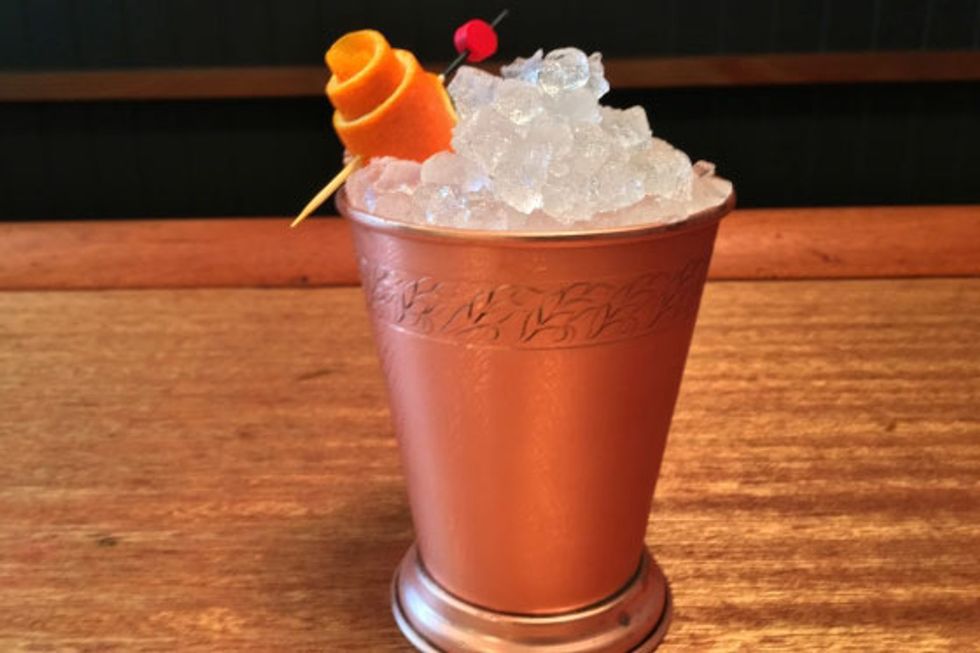 The martini: the only American invention as perfect as the sonnet. ~H.L. Mencken

The French may never recover from the 1976 Judgment of Paris, when French judges chose a Chardonnay and Cabernet Sauvignon from California over French wines in a blind tasting comparison.  As Californians, we may never stop celebrating. In fact, to commemorate the 40th Anniversary of the biggest upset in the wine world, The Ritz-Carlton hotels are collaborating with Stag's Leap Wine Cellars—makers of that game-changing Cabernet Sauvignon—to gloat over food and wine. Through April 30, Parallel 37 at the Ritz-Carlton San Francisco is offering a four-course meal ($160/person) paired with Stag's Leap Wine Cellars' coveted portfolio of wines, including a Sauvignon Blanc, "Hands of Time" Red, and two Cabernet Sauvignons. Make reservations online or call 415-773-6198.  //  600 Stockton St. (Union Square), ritzcarlton.com/en/hotels/california/san-francisco/dining/parallel-37

Does expensive champagne taste better when it's half-price? Find out this Thursday from 3 to 7pm, when Dirty Water hosts a stop on the Veuve Clicquot Journey. In addition to half-priced Veuve by the glass and bottle, you'll find a life-sized Jenga game, a photo booth, and an hourly raffle, out on the lawn nestled between the two twitter buildings. Special menu items come with a free raffle ticket, and you just might win a large-format bottle of Veuve Clicquot, some caviar, or opening night tickets to Kinky Boots.  //  1355 Market St. (Mid-Market), dirtywatersf.com

In 1906, when the earthquake sparked the fires that leveled San Francisco, one lone fire hydrant continued to function, and brave firefighters used it to stop the inferno consuming the Mission District. The "Golden Hydrant" is still in service at 20th and Dolores, and nearby Elixir Saloon - which burned down in that fire - is paying homage by tapping a Golden Hydrant cocktail for charity. Local artists are creating a series of rotating tap handles, and each cocktail that flows through the Golden Hydrant will generate a $1 donation to firefighter charities. This month's cocktail is the Elixir Mule ($13), benefitting Novato Fire Department.  //  3200 16th St. (Mission), elixirsf.com

Wildhawk has only been open two weeks, and we've already fallen for their Bedroom Eyes. The cocktail, that is. This riff on the classic mint julep is made with Elyx Rooibos, riesling, lemon, and Batavia Arrack, a spirit known as the "rum of Indonesia." It's served in a frosty copper julep tin for $12.  //  3436 19th St. (Mission), wildhawksf.com

If you've got an appetite for a classic steakhouse-sized cocktail but not necessarily the steak to go with it, pop into the bar and lounge at Alfred's for Happy Hour, any weekday from 4 to 6pm. If you like stiff drinks served with a shaker still full enough to refill your glass, you'll be pleased to know that the new bar menu sticks to tradition, with four different varieties of jumbo-sized Martinis and Manhattans, plus bar bites that will stand up to the alcohol without spoiling your dinner. In addition to classic cocktails, Alfred's Happy Hour features $5 draft beers and $8 wines.  //  659 Merchant St. (FiDi), alfredssf.com