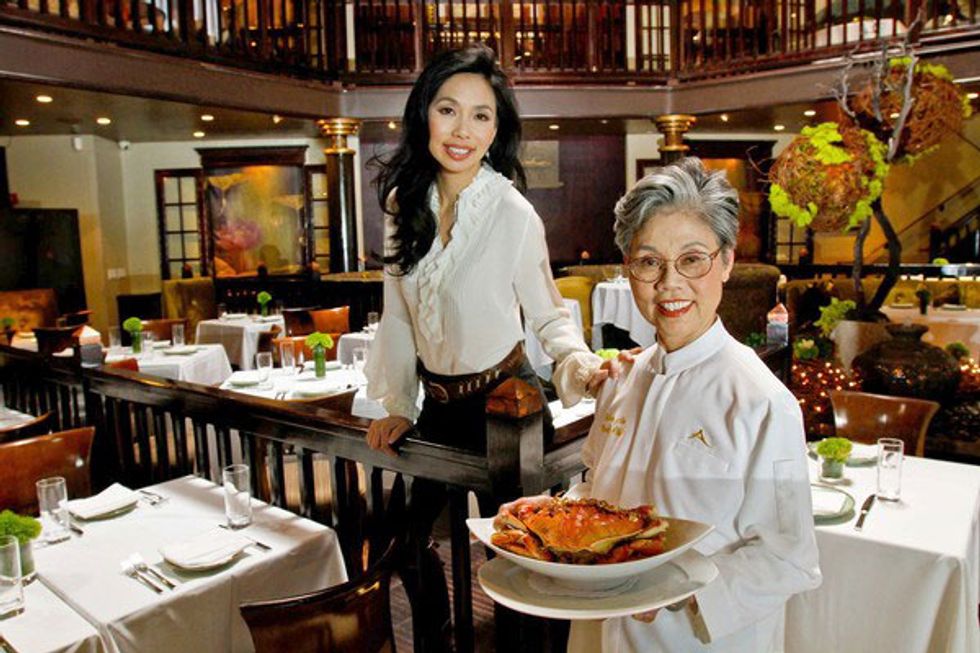 Eat up SF History: How Asian-Fusion Came to San Francisco

The An family lost everything, except each other. Descendants of Vietnamese royalty, they had enjoyed generations of privilege, distinguished positions in government and high society, and unparalleled wealth. Family matriarch and entrepreneur Diana An fell in love with San Francisco’s liberal spirit when visiting in 1971, and on a whim, bought a 20-seat Italian deli in Outer Sunset, before returning to Vietnam.

Diana’s daughter-in-law, Helene Tran, was the descendant of Emperor Luu Tran, ruler of Tuyen Quang province, in present day North Vietnam. Her grandfather and father were Vice Consul to the Vietnamese Emperor and she was raised as a princess in a family of diplomats, who hosted regular banquets for international guests and dignitaries featuring three chefs, specializing in their native French, Vietnamese, and Chinese cuisines. When North Vietnam fell in 1955, the Tran family reassembled in Saigon. There, Helene met an Air Force colonel, Danny An, and they were married.

Twenty years later, a CIA friend knocked on Helene’s door in the middle of the night an hour before the fall of Saigon. Helene, her three young daughters, and Diana fled to the Philippines with only the clothes on their backs to reunite with her husband at Clark Air Base. After being transferred to Guam, then Camp Pendleton in Southern California, the An family returned to their only remaining possession, the little deli in Outer Sunset, which Diana’s maid had been running in her absence. The entire An family, from grandparents to grandchildren, settled into a one-bedroom apartment to run a business with no previous restaurant experience.

Helene had brought dozens of family recipes from Vietnam, but her experience didn’t align with the Italian dishes they served, so she began to experiment. Helene’s attempt at spaghetti became her signature garlic noodles that paired perfectly with her family’s crab recipes. She began incorporating the Vietnamese, French, and Chinese menus of the trio of chefs who had once served her as a child. She would cook each night while teaching French in the morning and accounting in the afternoon.

With the entire menu converted, the Ans intended to change the name of the restaurant to Thang Long, in honor of Vietnam, the land of the ascending dragon. But a printer’s typographical error, produced Thanh Long, or “green dragon” in Vietnamese. Diana took the error as a sign, as green represents prosperity in her culture.

San Francisco’s first Vietnamese restaurant was a hit. Thanh Long has since expanded into the neighboring video and barber shop, growing from a humble 20-seat deli into a 240 seat restaurant serving an average of 300 crabs each night. To protect her prized recipes, Helene created a “secret kitchen,” a second kitchen within the restaurant staffed only by the An family, ensuring that the recipes, some passed down for generations, will remain a family secret.

Today, three generations of An women oversee a multi-million dollar culinary empire which includes a catering business, an import-export operation, and five restaurants, all serving Helene’s signature Euro-Asian cuisine, which lead restaurant critic Michael Bauer to pronounce her “the mother of Fusion cuisine in the U.S.”