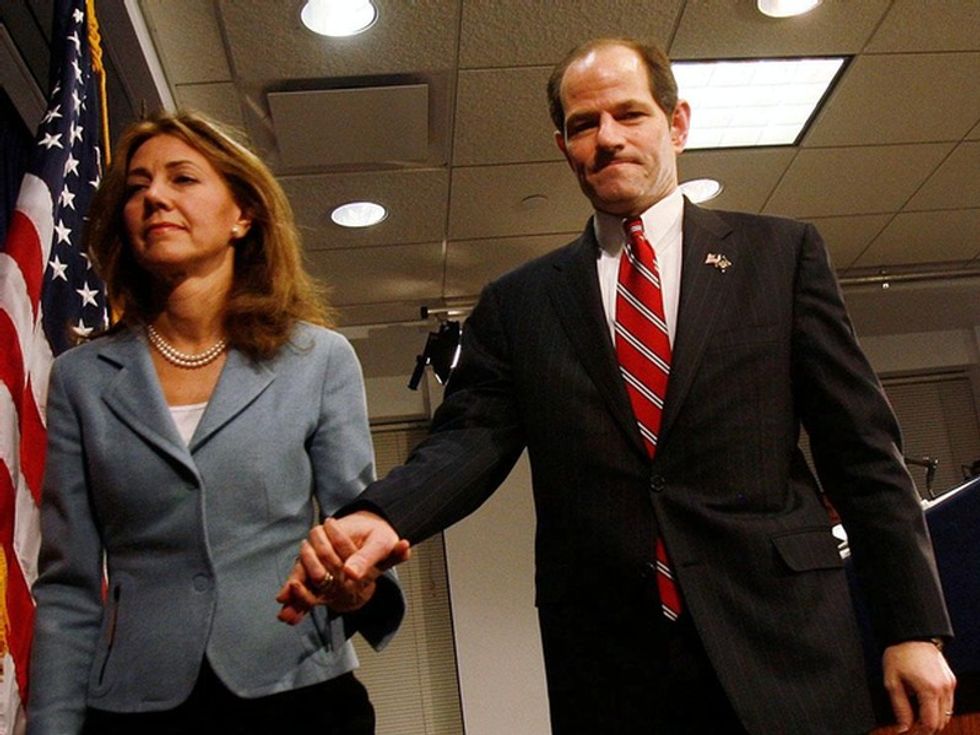 His downfall plays like Greek tragedy, a flawed hero laid low by hubris. It has inspired Saturday Night Live skits, the 18th-season finale of Law & Order and the hit CBS drama The Good Wife. Now, the story of the former New York governor brought down by his ties to a high-priced prostitution ring is revisited in Alex Gibney’s Client 9: The Rise and Fall of Eliot Spitzer.

Gibney, the Oscar-winning Taxi to the Dark Side documentarian who lives in New Jersey and keeps an office in Manhattan, calls himself a fan of the so-called “Sheriff of Wall Street,” who, as New York’s attorney general, investigated high-profile financial institutions including Merrill Lynch, Bear Stearns and Goldman Sachs, earning a reputation for exposing white-collar crime.

Yet Gibney, 57, says Client 9 could be seen as sympathetic to its embattled subject without being uncritical of his mistakes. “I think he was trying to do good,” he says. “I can understand if people want to look past his record when judging him because he was a governor who was using prostitutes, and that’s not wise. But his record was strong.

“The problem for Eliot was, he had these lofty ideas about what politics should be – enacting legislation, doing the right thing. Well, sometimes it comes down to who you know, and Eliot didn’t have any friends in either party. Bill Clinton survived his scandal because he was a master politician. When Eliot fell, there was nobody standing behind him.”

In Client 9, Gibney details not only Spitzer’s combative style and all-too-public personal failings, but also his rapid rise to the top of New York’s Democratic party. (Some had him pegged as “the first Jewish president” before his abrupt resignation on March 17, 2008, just a week after The New York Times revealed his patronage of the Emperors Club VIP escort agency.)

Only once did Gibney encounter Spitzer’s evil twin Irwin, the former governor’s hot-tempered alter ego, so nicknamed by his aides. The filmmaker never felt intimidated by his subject, even when Spitzer was at his most irate, and credits him for sitting through five interviews after initially agreeing to one.

“It was a calculated risk on his part, but I think he realized there were questions that needed to be answered that extended beyond the scope of a sit-down with Larry King,” says Gibney. “Did he use me in some way? I don’t know, you’d have to ask him. But he needed to respond, and I presented him with the opportunity.

“Was he as forthcoming as I wanted him to be? Not when it came to the private stuff. He was very generous with his time, but he couldn’t explain why the next president of the United States allowed hookers to bring him down. Only on one occasion did he get angry, when I pressed him on a phone conversation he had with [former Goldman Sachs Chairman John] Whitehead. You could see his eyes narrow, just for a split second. He said it was a private conversation, but he was basically telling me to [buzz] off.”

For every pundit who describes Spitzer’s attacks on Wall Street corruption as visionary, there are bitter power brokers, like Home Depot co-founder and former New York Stock Exchange director Kenneth Langone, who revel in his humiliation. Gibney, who believed there was more to Spitzer’s story than initial news reports let on, decided to track down the ex-governor’s most influential enemies, camera in tow.

“Did I think Spitzer had been the victim of a political hit? The idea crossed my mind,” says the filmmaker, who persuaded Langone, former American International Group chairman Hank Greenberg and former New York State Senator Joe Bruno – as well as Spitzer’s call girl of choice – to participate in Client 9.

“I thought it was very interesting that the scandal broke as Wall Street was teetering on the brink of collapse. The financial system was falling apart, yet his story was dominating the headlines. And the FBI investigation into his activities was unprecedented. But at the same time, it’s hard to reckon with such a smart man making such a mistake, at the height of his power. Was it a death wish? Was it the animal inside conquering the rational man? Was it hubris? I think it was all those things, and that’s the great mystery of the human mind.”

Client 9: The Rise and Fall of Eliot Spitzer, available now via Video On Demand, opens Friday at the Opera Plaza Cinema. For tickets and showtimes, click here.