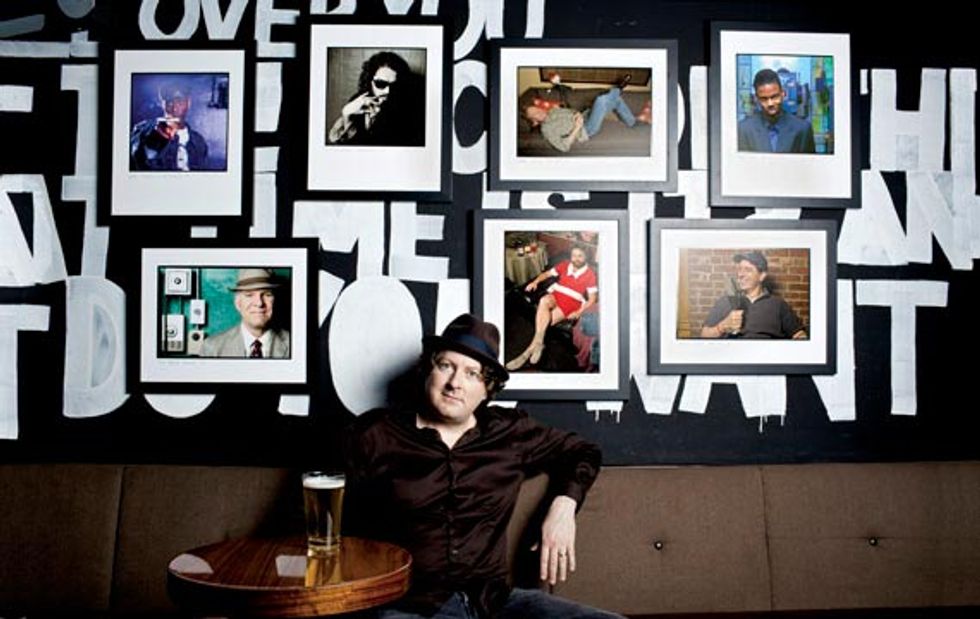 He’s been the house photographer at the Fillmore for the past 18 years (and at the Warfield for 16), capturing on film everyone from Johnny Cash, Willie Nelson, and Emmylou Harris to Snoop Dogg, Coldplay, and the Black Keys. He’s shot every major comedian you can think of, from George Carlin to Dave Chappelle, and then some. But chances are you’ve never heard of Dan Dion.

The Bay Area native—whose work has appeared in Rolling Stone, Spin, and Esquire—began his career with stints at the now defunct Holy City Zoo (where Robin Williams and Dana Carvey got their starts) and as assistant photographer for the SF Giants before scoring his coveted Fillmore gig in the early ’90s at the tender age of 22. “I’ve hung backstage with Spinal Tap and Tenacious D, but my all-time favorite memory is with the cast of A Mighty Wind,” says Dion, who shot the movie’s actors when they came to the Warfield in 2003 to do a musical revue and skits from Christopher Guest’s film. “Before the show, during warm-up, I sang ‘You Never Give Me Your Money’ with Parker Posey and Jane Lynch.”

Last May, Dion published 75-plus interviews and portraits of A-list comics in his first book, ¡Satiristas! (Harper Collins), a collaboration with comedian-filmmaker Paul Provenza. “I got to shoot Stephen Colbert and Conan O’Brien in their offices on the same day,” he recalls.

Since then, Provenza and Dion have worked together producing a monthly comedy show for Tim Robbins’ Actors Gang Theater in LA and Showtime’s The Green Room, an off-the-cuff comedian roundtable. This month, Dion steps out from behind the camera with “The Art of Comedians and Satiristas,” a solo exhibit at Madrone Art Bar featuring portraits of comedians from the book and other big-name stars such as Jerry Seinfeld and Russell Brand—all blown up to 16-by-20-inch prints. “My whole purpose of shooting comedy is to show these people off the stage when they’re not doing their acts,” says Dion. “To this day, I’m still amazed that I get to shoot what I love: comedy, music, people.”

Which is why Dion is happy to remain behind the scenes, and in doing so, earn the continued trust and respect of his famous subjects. “I never take pictures of myself with the artists. I never ask for autographs. Those things change the dynamics of a shoot,” says the photographer. Still, there is one name that renders Dion a little star-struck. “Tom Waits: I need a portrait of him before I die.”