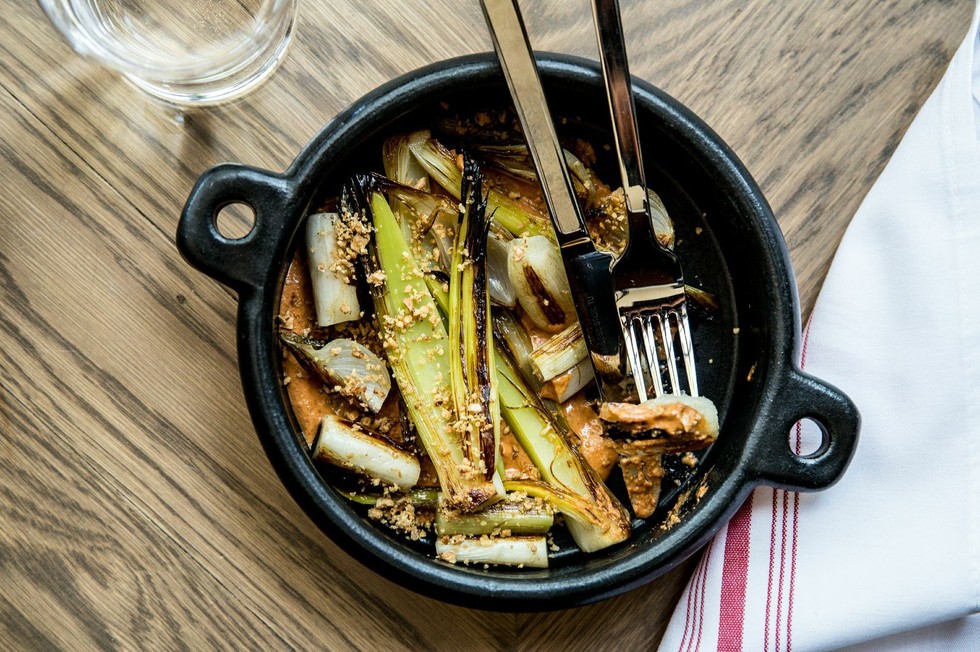 Previous Next
Charred calçot onions with hazelnut romesco at Aatxe. 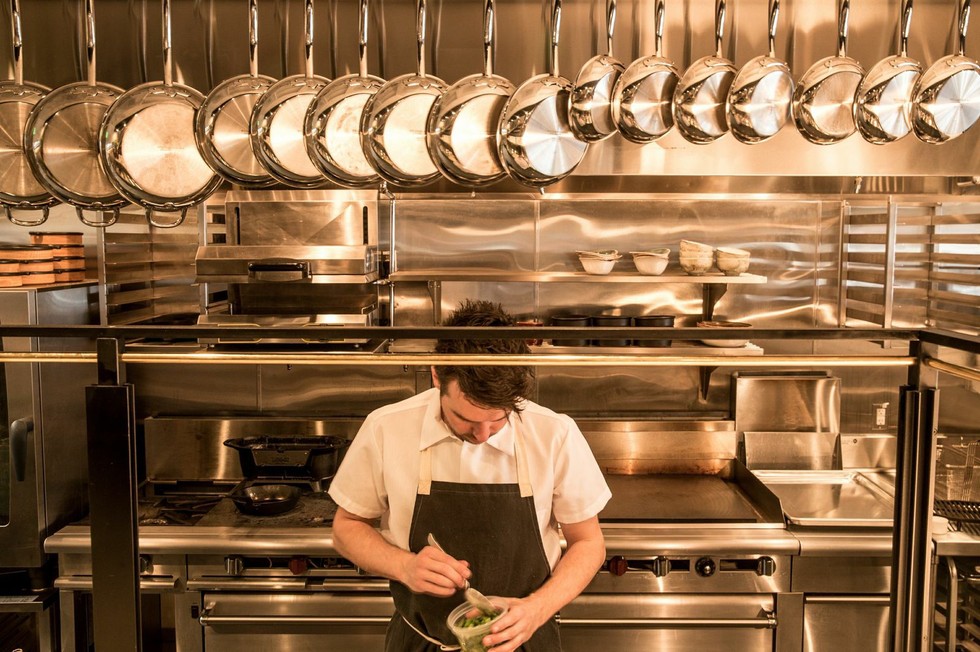 Previous Next
Chef Ryan Pollnow in the open kitchen 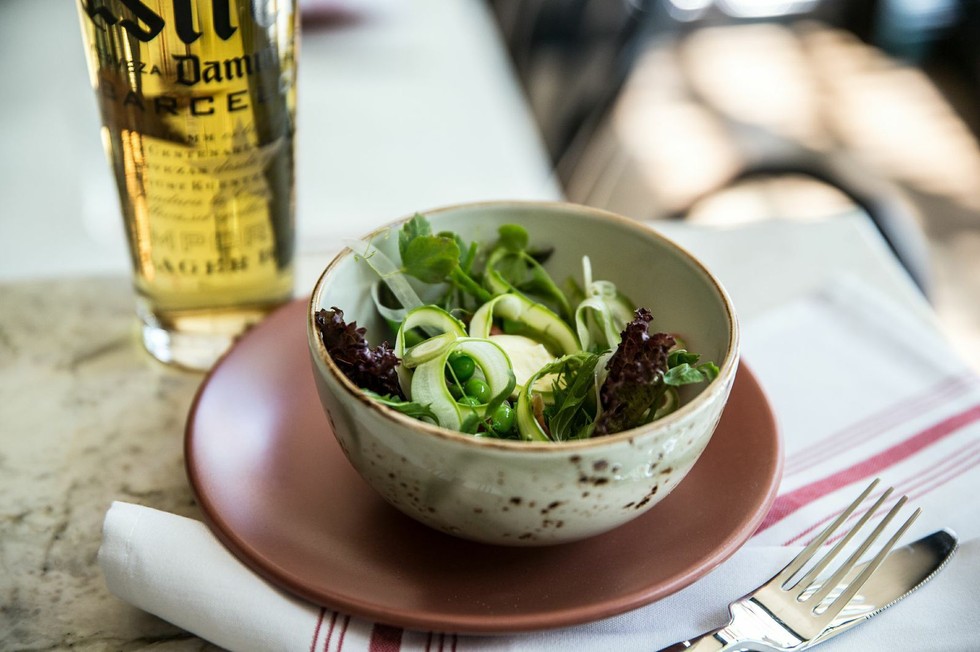 Previous Next
Pair the spring vegetable salad, with Idiazabal custard and green almond sherry vinaigrette, with a glass of txakoli. 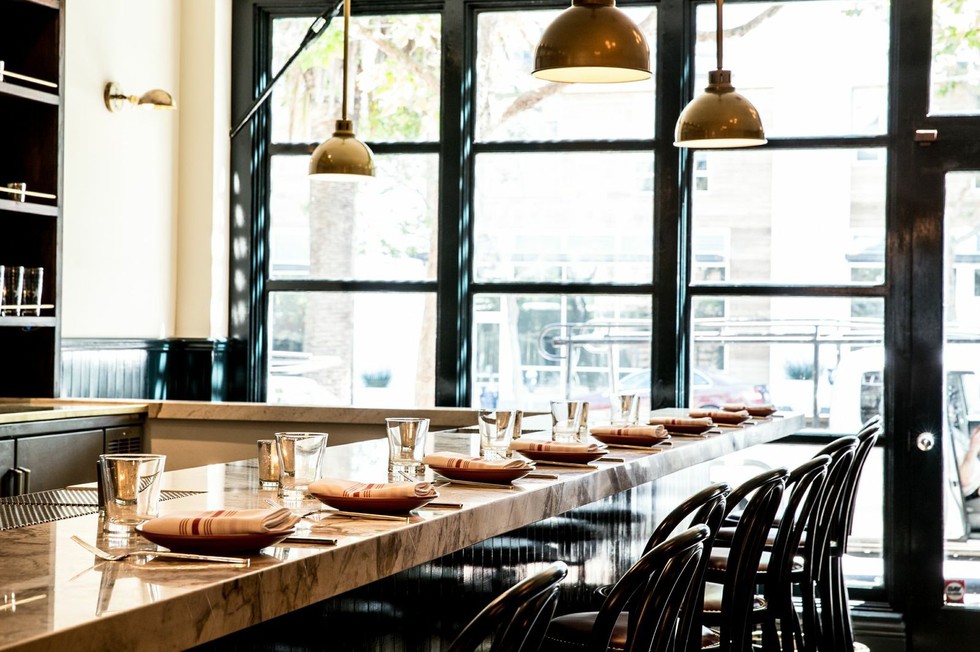 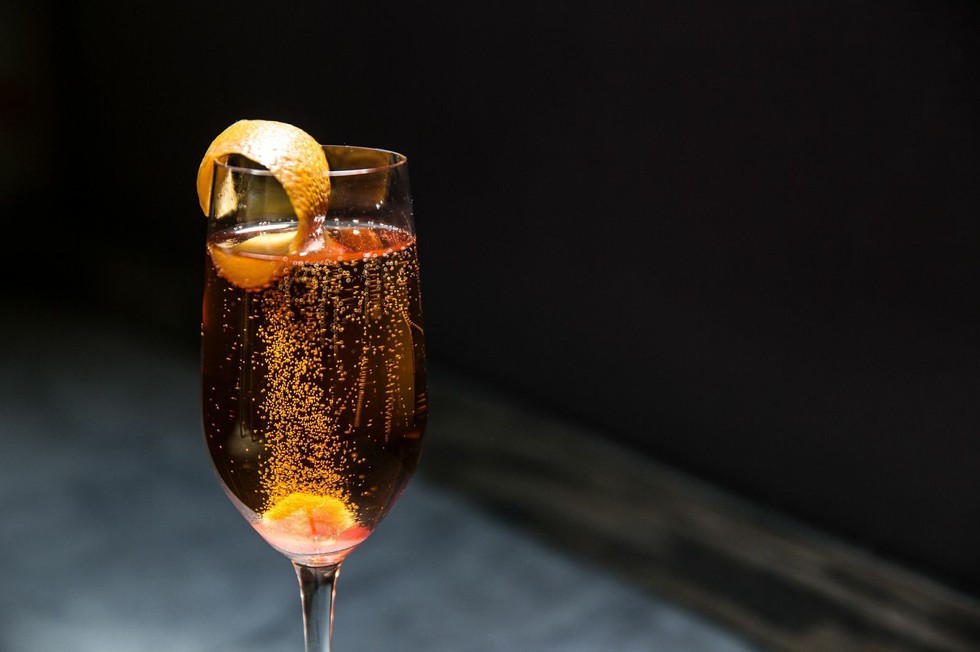 Previous Next
The Aatxe Aperitivo, with Baines Pacharan, cava, sugar, and bitters. 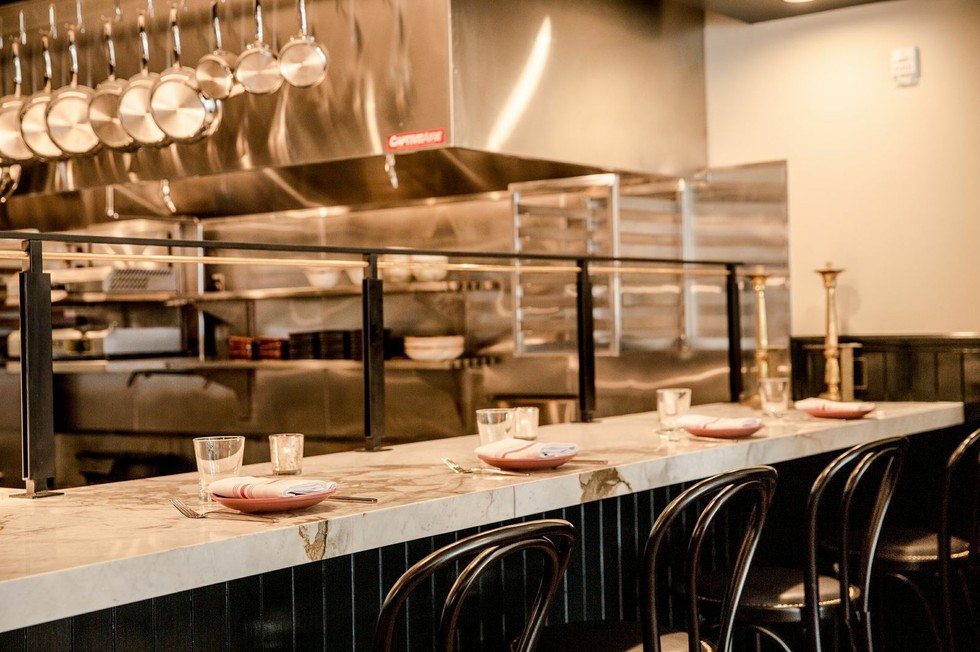 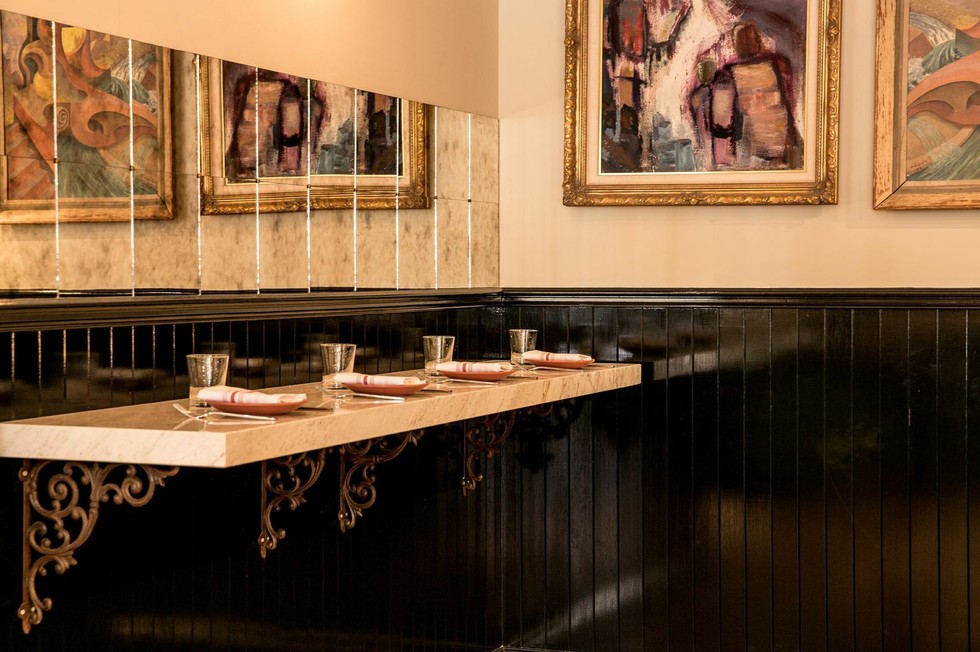 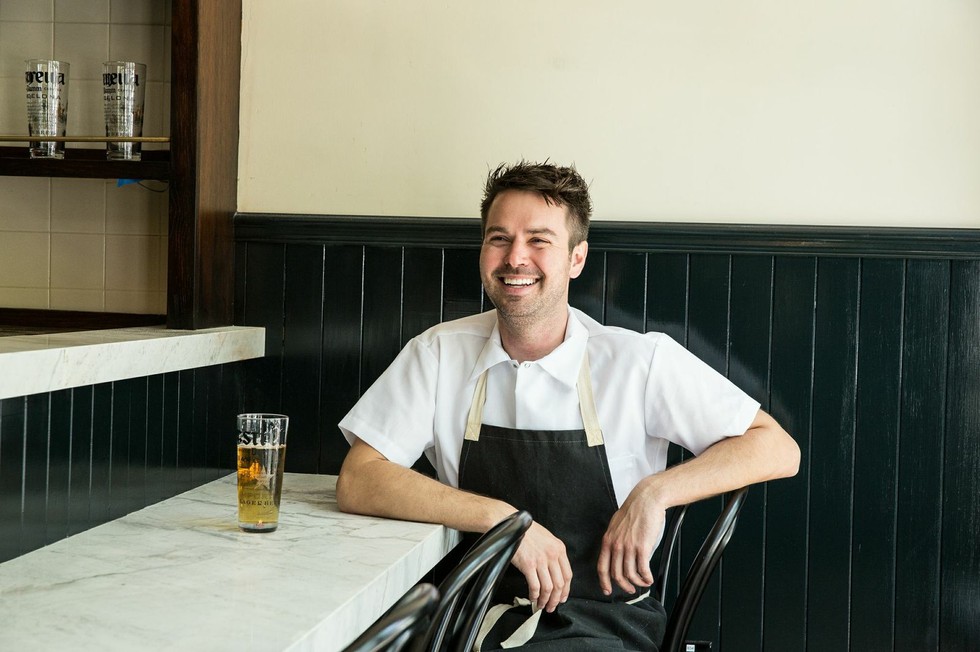 Oh, the Basque...with their lisping and liberal use of the letter "x." Those, pintxos, though—now, that's something we can get on board with. Bringing both together is Aatxe (aah-CHAY), the latest project from the Ne Timeas Restaurant Group (Flour + Water, Central Kitchen, Salumeria) and The Bon Vivants (Trick Dog), which opens tomorrow as part of the reimagined Swedish American Hall on Market Street.

At the helm is chef Ryan Pollnow, who spent his early days in the kitchens of Spain's culinary mecca, San Sebastian. While he trained at fine dining locales including the lauded Mugaritz, he fell in love with the more casual tapas culture of old town San Sebastian, which inspires the vibe at Aatxe. If you've had the good fortune of visiting, you know this means relaxed grazing from one bar to the next as you wander cobblestone streets on tipsy feet—"we're doing everything we can to capture that energy," says Pollnow. With Aatxe's location on the ground floor of one of the city's best—and soon to be revived for modern day revelry—music venues, it seems they're primed for just that.

And while the health department robs us of the authentic experience of having spreads of pintxos at the ready as soon as you walk in, you can still saddle up to the counter overlooking the open kitchen, or cozy in for standing-room space to nosh on charred calçot onions. Sip on a Pedro Romero (gin, sherry, red bell pepper cordial, almond bitters) before stumbling off to a Noise Pop-curated show upstairs.

If you're settling in for the night, opt for the Txuleta Casa Julian (steak for dos), named for the 400-year-old restaurant outside San Sebastian, where salt-grilled rib eye is the only thing on the menu. Aatxe's is cooked over live fire and comes with a veritable choose-your-own-adventure spread of sauces, including salsa verde, pickled mushrooms, and Romesco sauce. Pollnow's rec? Grab an Aatxe Aperitivo and a pintxo flight: a selection of four skewered bites, including the pintxo Gilda (the oldest reported pintxo in San Sebastian, named for the spicy Rita Hayworth character) of olives, salted anchovy, pickled pepper; duck and leek (salad of duck leg and braised leeks, and aioli, on a crostini with duck ham draped over it); Boar’s Leap ham croqueta; and a salt cod deviled egg. "It's the best way to start a night,” he says.

A slice of San Sebastian right here in SF? Pintxo me.