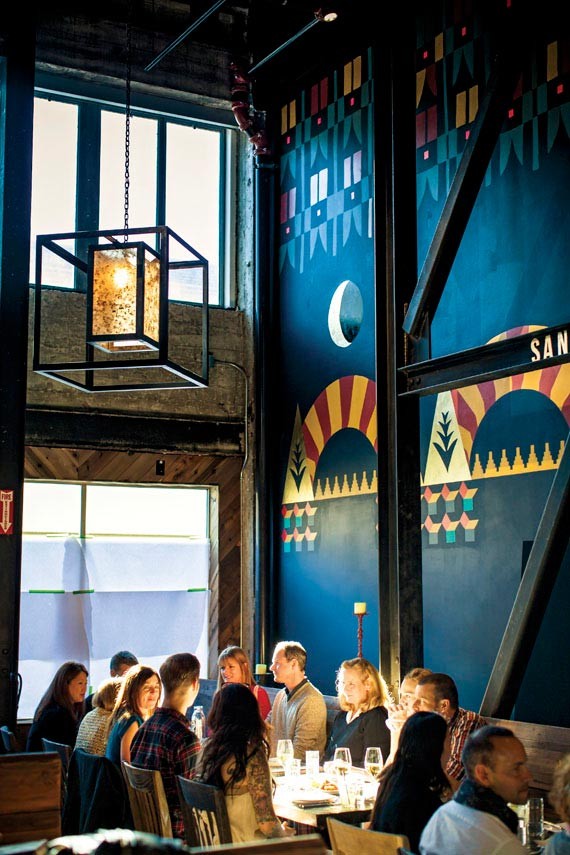 Previous Next
Oakland artisans fabricated the space to reflect its name. Duende describes the inner surge you feel when you hear great music. 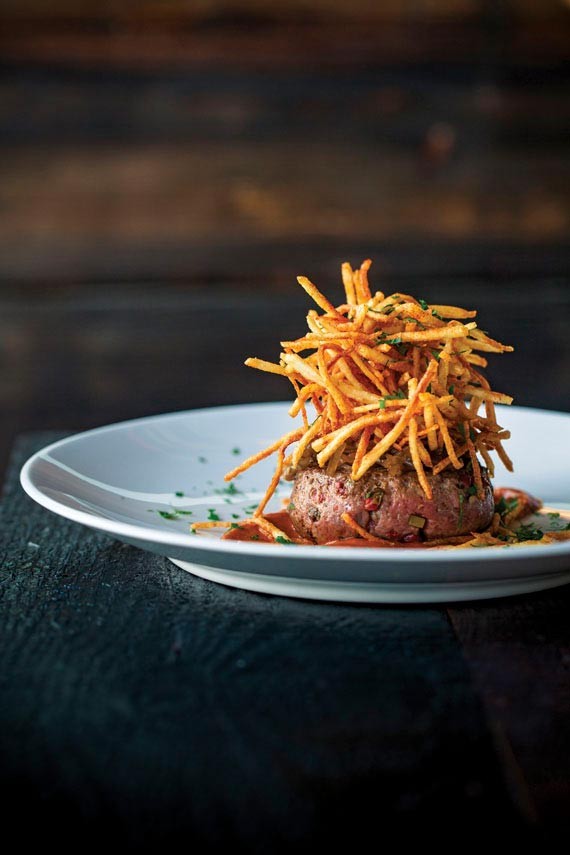 Previous Next
A racione is larger than tapas but not quite an entree. This is a hamburguesa tartara racione. 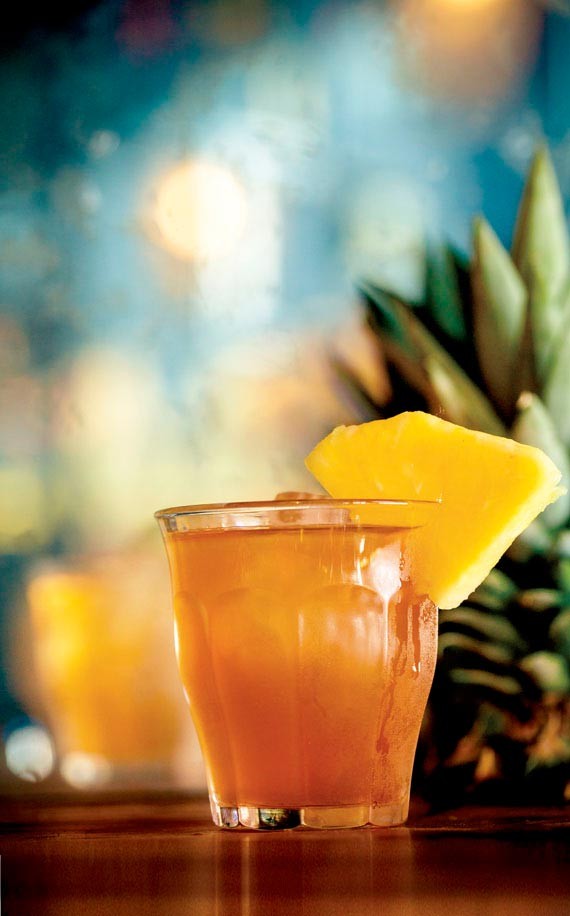 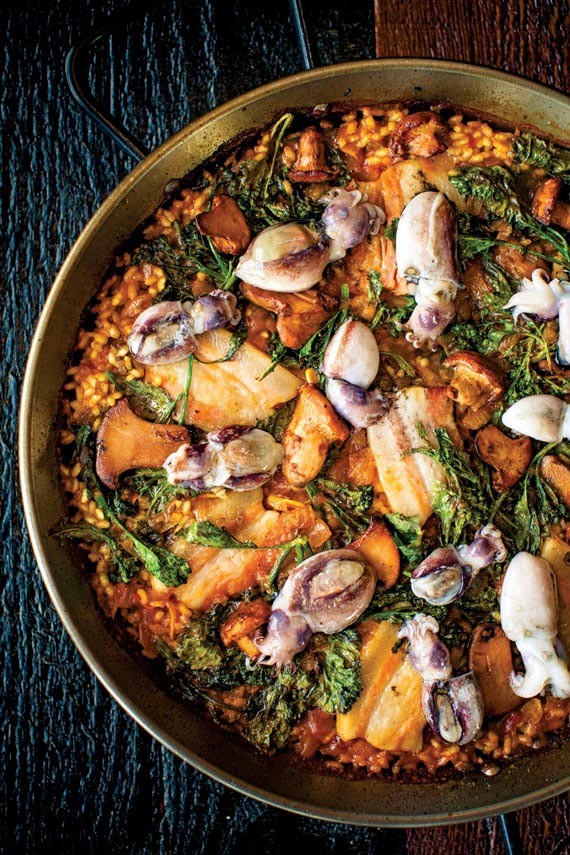 Previous Next
An innovative paella of cured pork belly and chanterelles is topped with imported Spanish cuttlefish. 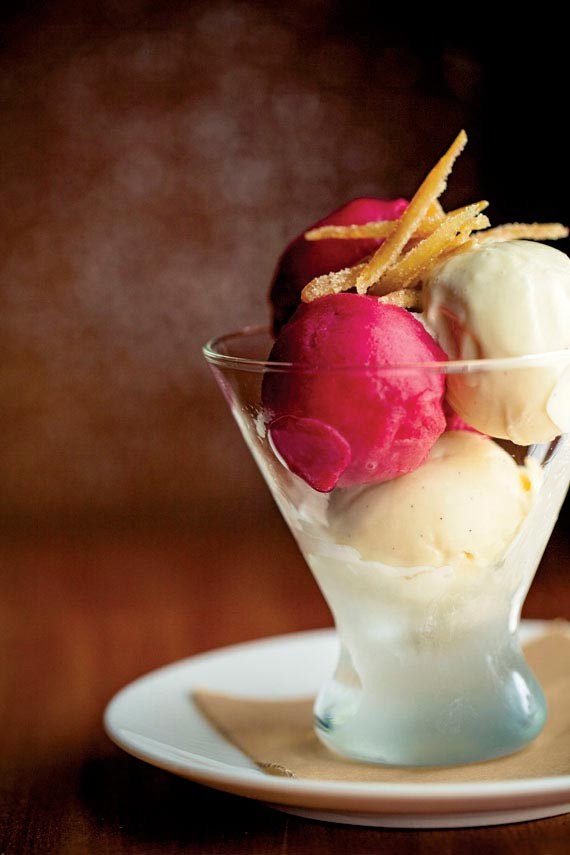 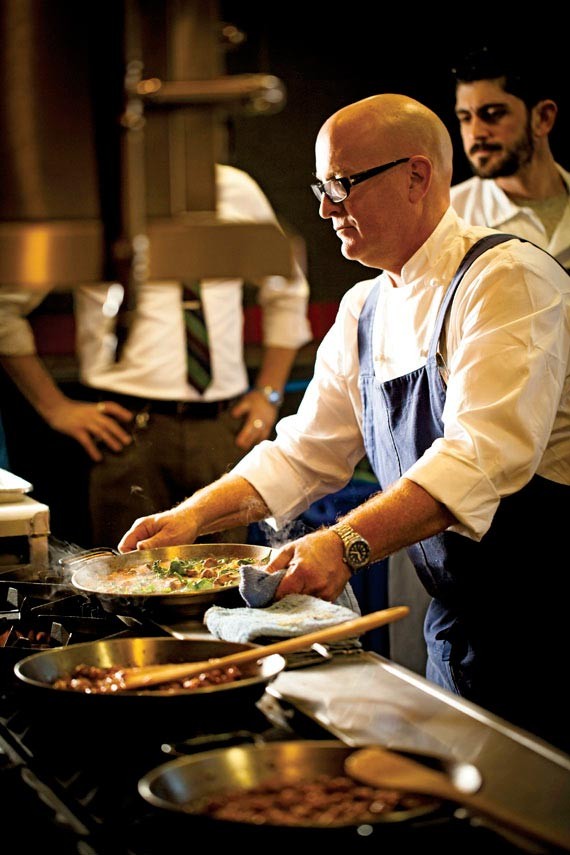 There are few better bedfellows than music and food. No meal can be truly complete without a well-paired soundtrack, each bite evoking a symphonic deluge if prepared just so. Oakland’s new maestros of dining—chef Paul Canales (who put in 12 years at Oliveto, mostly under Michael Tusk) and general manager Rocco Somazzi—are plucking the strings at recently opened Duende.

Having met during the food-slash-music mash-up event “Cooking it Up” in Los Angeles in 2010, Canales, who is a musician, and Somazzi, who is married to one, recognized their common loves and teamed up to marry the worlds. “I always wanted to integrate my two great interests under one roof,” says Canales.

Duende, located just steps from the Fox Theater, is their masterpiece. A bodega and wine shop offering proprietary olive oil and Verve coffee by day, Duende turns lively Spanish lounge and performance venue by night, with a mezzanine hosting Canales’ musician friends like Nels Klein of Wilco and Charlie Hunter. The music’s improvisational tendencies are reflected in Canales’ cuisine. Rustic pintxos, tapas, and shared plates feel familiar but finessed, with traditional dishes executed to perfection. “You want the olé, man,” says Canales. There is, of course, paella, but also expect riffs on Spain’s melting pot of flavors, with inflections from France, Turkey, and Africa.

As with any live performance, surprises at Duende are imminent. Says Canales, “When it starts to clear out and we can handle some noise, we’ll have some fun.

Now Open! The de Young Museum's Frida Kahlo exhibit was worth the wait

Now Open! The de Young Museum's Frida Kahlo exhibit was worth the wait