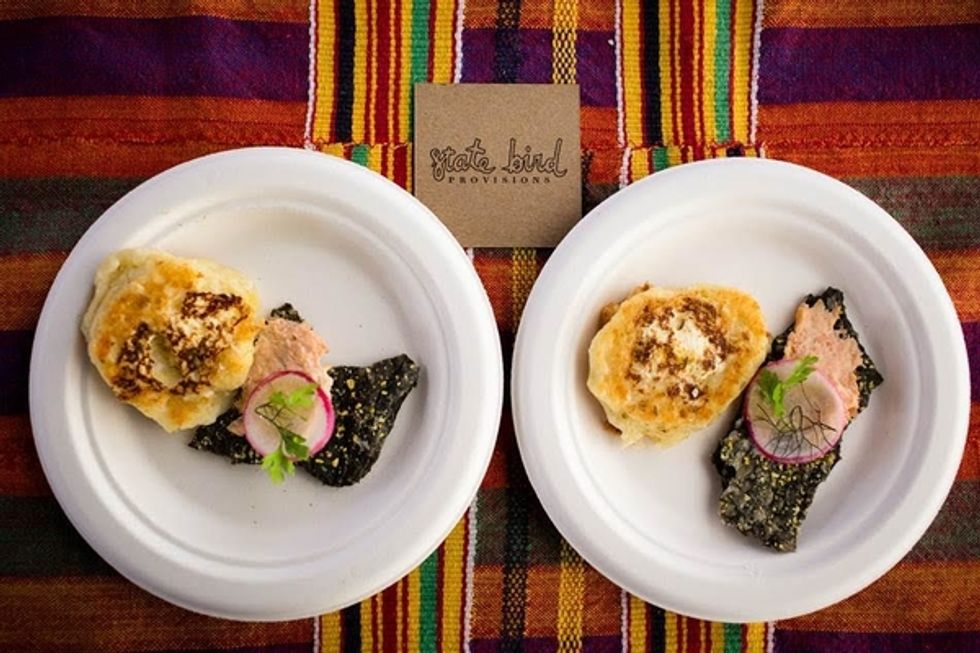 Your guide to the tastiest foodie happenings going down this week. Bon Appetit!

Join San Francisco’s finest culinary talent for an evening of food and drink at Taste of Potrero. The lineup is pretty impressive this year with bites from State Bird Provisions, Liholiho Yacht Club, Nopa, and Souvla amongst others. Libations will be provided by Almanac Beer, Trick Dog, and The Homestead. All proceeds benefit Daniel Webster Elementary School, so know you're stuffing your face for a good cause.  //  $125, May 12: 7-11pm, Pier 70, 436 22nd St. (Potrero), Get tickets here.

For two weeks only, you can indulge in Grade A5 Wagyu beef at Chaya on the Embarcadero. Wagyu is heavily marbled and extremely flavorful cuts of Japanese beef (said to be a result of feeding the cattle sake and massaging them regularly—tough life!). You’ll be able to experience the cut in different forms on the menu, ranging from wagyu nigiri to a ribeye-style cut served with asparagus, pickled ramps, and freshly grated wasabi. Yum.  //  April 16-April 30: 132 Embarcadero (Embarcadero), Reserve here.

Join the Journeymen (a popup from former Rich Table and Bar Tartine cooks) as they collaborate with Elementa, another pop-up based in Vancouver comprised of cooks from Michelin-starred kitchens around the world including De Wulf in Belgium and Widebeest in British Columbia. Expect the unexpected on the menu: potato eclairs, squid and lardo terrine with fermented cucumbers, and roast squab with a mille feuille of peas.  //  $133, April 25: 6:30pm and  9pm, 4901 Telegraph Ave. (Oakland). Get tickets here.