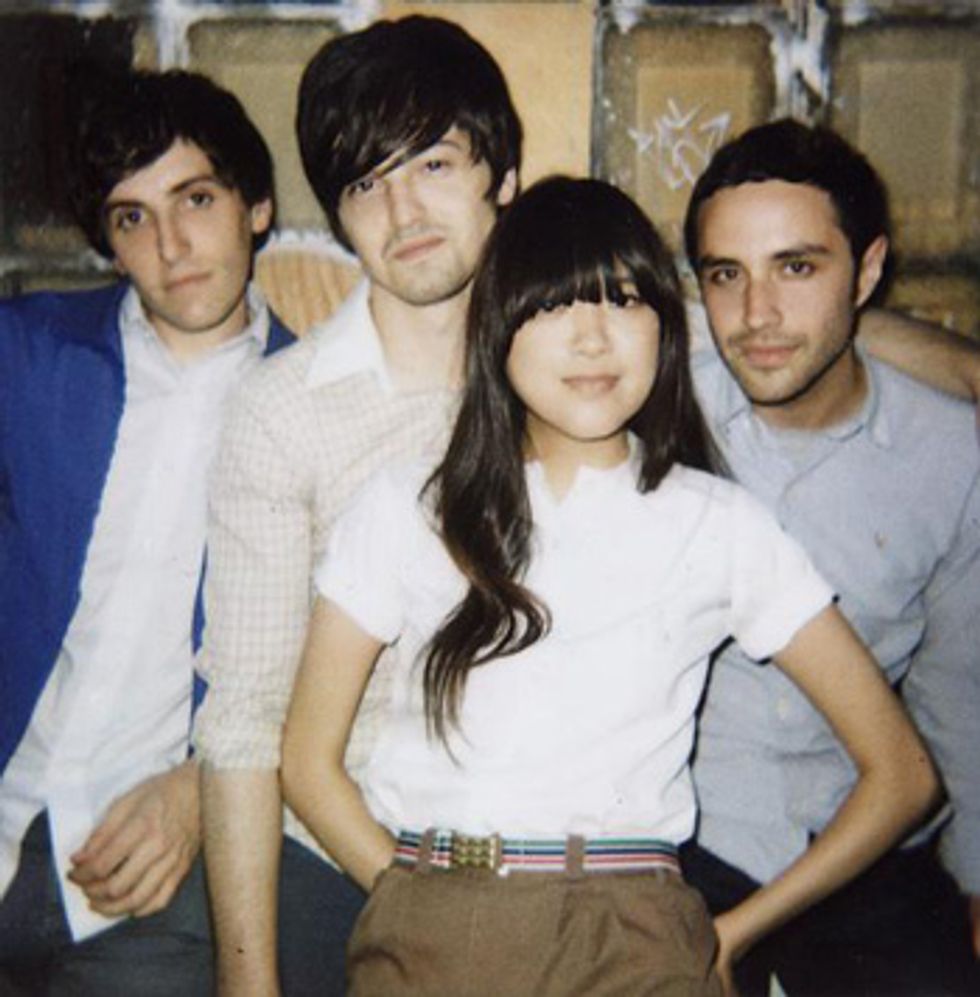 Free Pains of Being Pure at Heart Show @ Amoeba, April 19

Currently one of the most coveted concert tickets touring the US right now, the cuties in New York's Pains of Being Pure at Heart will grace the stage at Amoeba on April 19th and bring their winsome, fuzzy walls of gorgeous noise pop to hungry San Francisco ears for free right before their Great American Music Hall performance later that night.

If you haven't heard their latest album, the glossy Belong, which was released by one of our favorite local labels, the venerable Slumberland Records, get in the know. It's a solid serving of what they do best––the aforementioned fuzzy indie pop of yesteryear––mixed with the best of the power anthems of 90s alt rock. Think the Smashing Pumpkins meets a less sinister version of My Bloody Valentine, plus cascades of shimmering synths. If you catch yourself dancing between the shelves of CDs during their Amoeba show, we suspect you won't be alone. Get there early for a good view; the show begins at 6:30 pm.

amoeba musicthe pains of being pure at heart
Related Articles