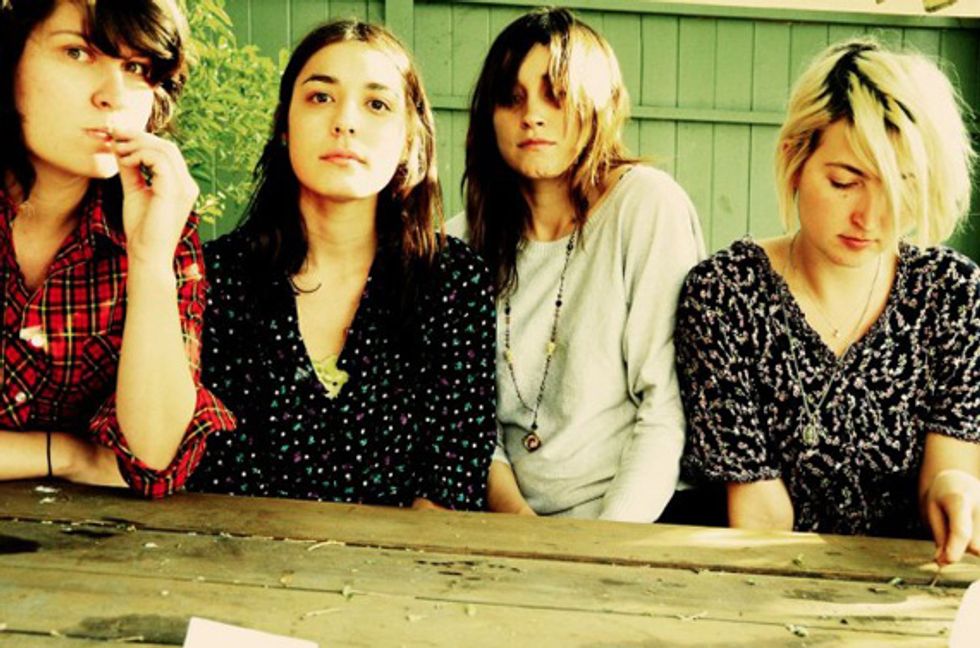 If you were as bummed out as we were that Warpaint's show at the Independent next week is stone cold sold out, erase that fear from your heart: the ladies from LA are turning out a FREE show at Amoeba that very same day.

On the heels of last year's soundtrack-to-Fall album The Fool (Rough Trade), it's no wonder this band's slow burning, gauzy rock n' roll is lighting everyone's fire recently. It's been a while since their last EP, Exquisite Corpse, came out, so expect an invigorated show full of new material and maybe even some covers (the band recorded an excellent version of David Bowie's "Ashes to Ashes" late last year as well, listen here).