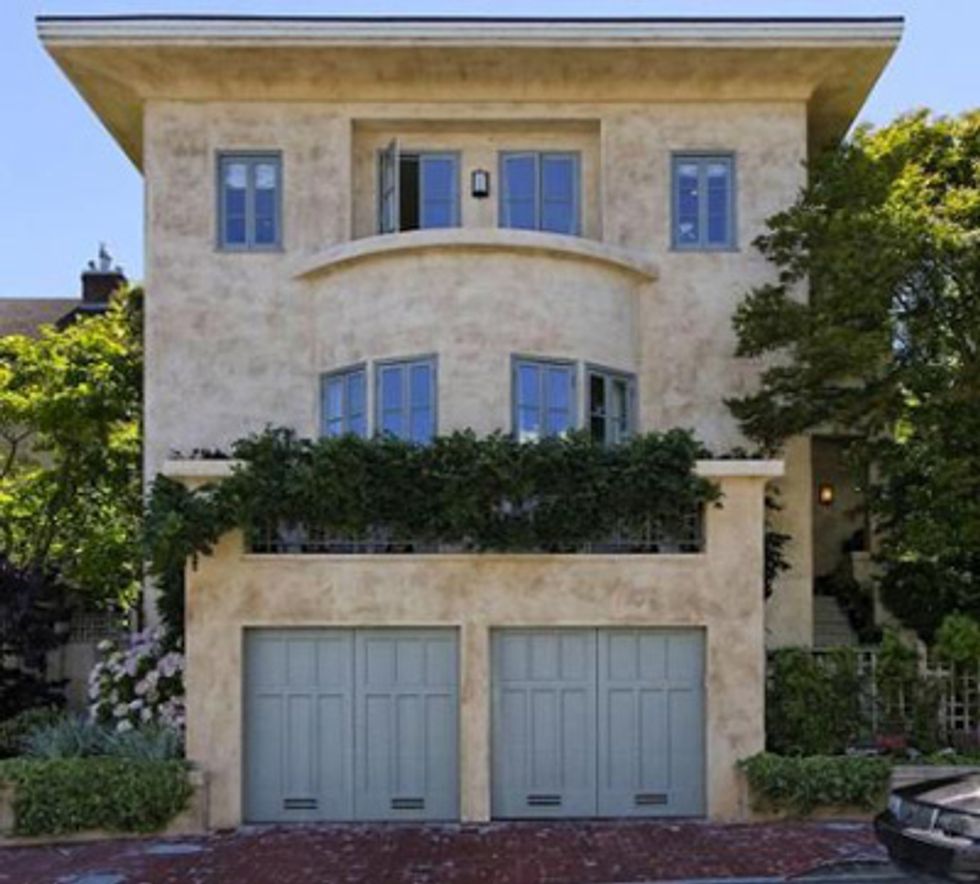 Last year, San Francisco Mayor Gavin Newsom was elected Lieutenant Governor. With a second child and no legal need to stay in San Francisco, the Newsom family moved to Marin County. Which is also an easier commute to Sacramento, but we think the real reason had to do with laundry. Their Ashbury Heights house just came on the market.

The Basics: a 4-bedroom, 3.5-bath, 2-car garage stucco house built in 1915 and completely renovated in 2008. In the Ashbury Heights neighborhood, and asking $2.75M, it's been quietly shopped since Newsom and his family moved out and hit the MLS today.

Not So Basic: Ashbury Heights was developed in the early 1900's above Haight-Ashbury. This is one of the neighborhood's typical "suburban villa" style houses, and the renovation by San Francisco interior designer Candace Barnes left no surface untouched and included extensive hardscaping/landscaping.

The kitchen, dining and living rooms radiate off the paneled entry hall on the open-plan main floor:

The kitchen's nicely detailed. And black:

The bedrooms are romantic, and so is the master bath. The shower has a window:

On the ground floor there's another small bedroom and a study/media room with a two-sided fireplace,  one side facing a small terrace— the renovation also included replacing all the windows and doors:

There's not much open space around the house, basically a square house on a square lot. The plan:

Despite all the lovely surfaces, the laundry is still in the garage.

Barnes spent much of 2008 renovating the house, which she had bought in 2005 for about $1.8M. It was originally listed for $3.3M, but 2009 was not a good year for housing prices, and while the transaction records are not entirely clear, then-Mayor Newsom seems to have bought it for $2.738M.