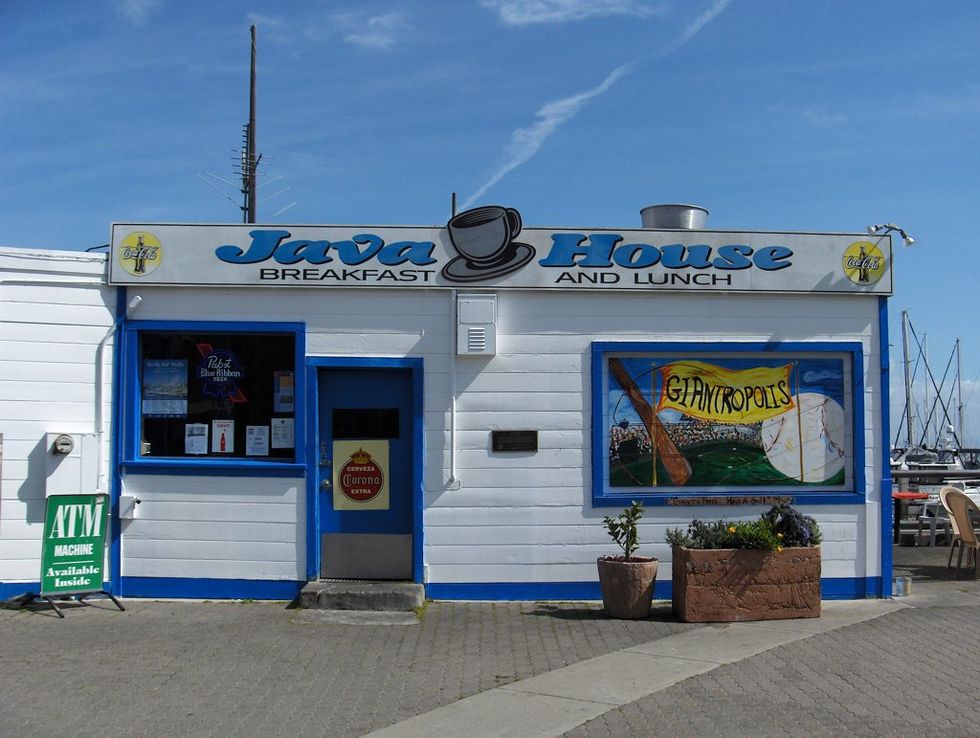 For baseball fans, Opening Day is like a national holiday. It's a day that represents the end of winter and beginning of spring, when the sun shines, cold beer flows, and fans hope that this is the year for their team to win it all. On Friday, Giants fans get their Opening Day against the Pittsburg Pirates.

The forecast calls for scattered showers, which could dampen the celebration most appreciated amongst blue skies and the warm sun. Don’t let a little rain scare you away from soaking up the energy and excitement that will be billowing from and around King Street. There are plenty of restaurants and bars to join Giants fans for pregame festivities near AT&T Park.

Whether you want a fancy scene with high-end drinks and food, or prefer traditional ballpark fare without the ballpark prices, here are a few preferred pre-game destinations.

The Java House is my personal favorite for baseball games. With limited seating inside, get there early on a cold night or a rainy day or get lucky finding a table. On a nice night or a sunny day, there are plenty of tables and outside seating areas along the pier. It's the perfect setting for a group to gather for a few beers and an inexpensive bite to eat before taking the short walk into the ballpark. The beer is cheaper than anything you will find and it comes in a can! What baseball fan doesn’t like that? Don’t go to Java House before a game if you are looking for a martini. For food, you can’t go wrong with their burgers and hotdogs, but the gyro is an excellent choice as well. Pier 40 on the Embarcadero @ Townsend, (415) 495-7260.

One of, if not the original trendy ballpark establishment, MoMo’s is where the Marina meets on King St. It's a great place for the casual fan that can stomach the crowds and long wait for drinks at the bar. You can’t beat the location and the people watching is excellent. The inside and outside dining areas are closed off from the main bar inside, and they set up two patio bars outside on game days. MoMo's is a perfect place for those who want a few cocktails before enjoying all of the tasty ballpark culinary options inside AT&T Park. 760 2nd Street @ King, (415) 227-8660.

Just a few feet away from MoMo’s, Pedro’s is the latest King St. creation of The Golden Bear Family of Restaurants (MoMo’s and connected neighbor Pete’s Tavern are siblings). Pedro’s is big, and big is good on game days. With plenty of square feet to house the masses of Giants fans, a full bar, and tasty and fair priced Mexican food, the place has a lot to offer for pre- and post- game patrons. I recommend the Tecate can special and their chips and salsa to whet the appetite before heading in to enjoy the game. 128 King Street @ 2nd, (415) 896-5644.

If the crowds are too much for you, head one block up 2nd St. to Ironside. It's a bit more mellow with happy hour all day every day until 7 p.m., when you can save on pints, pitchers of draft beers, and carafes of wine from the tap. They also serve Four Barrel Coffee and their Cuban was recently recognized as one of SF's top ten best sandwiches. Their pizzas are delish as is the fresh snapper sandwich. 680A Second St. @ Townsend (415) 896-1127.