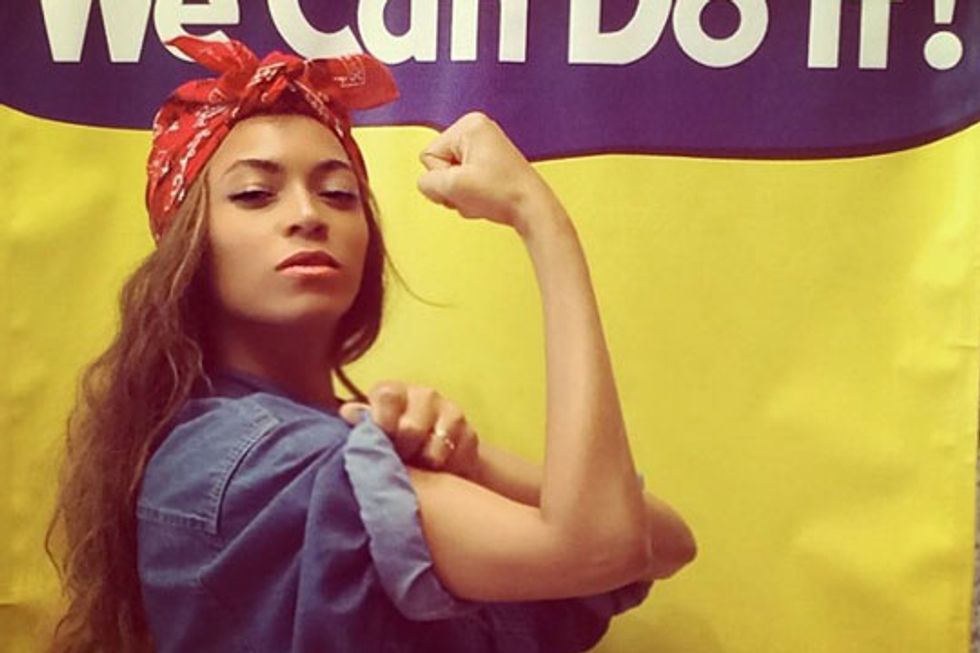 Don't be surprised if you see a bunch of women dressed as Rosie the Riveter walking around the East Bay next month.

On August 15, the town of Richmond is hosting the largest Rosie Rally in history in an attempt to break the Guinness World Record for "Most Rosie the Riveters in One Place." The current record, which was set in March 2014, had 776 Rosies present.

From 1-3pm, officials hope that 1,000 or more women will show up at the Rosie the Riveter Memorial in Marina Park (corner of Regatta Blvd and Melville Square, Richmond) dressed in their best Rosie attire.

For those who missed that day in U.S. History class, Rosie was the beloved public figure during World War II that encouraged women to be as strong in the workplace as their male counterparts. Today, she still inspires celebrities (see Beyonce looking fierce above), feminist movements, and Halloween costumes around the world.

Richmond, California also played a significant role in the World War II home front. The four Richmond shipyards produced 747 ships, more than any other shipyard complex in the country.

Ready to bring out your inner Rosie?

Here’s what to wear:

The uniform is REQUIRED. To be counted as a Rosie you must wear the following:

1. Red bandanna with large white polka-dots (hair should be pinned up, not down or in a ponytail).