Today, Ashbury Heights is home to pricey real estate and great views, but the top of Mount Olympus wasn't always so residential. Considered the geographical heart of San Francisco, the hill was once home to a massive statue titled "Triumph of Light," from 1887 to the late 1950s.

The monument was a gift to San Francisco by Adolph Sutro, the city's 24th mayor who also brought us Sutro Baths, the Cliff House, and donated all the land that would eventually become U.C. San Francisco. At the time the statue was erected there was a 360-degree, unobstructed view of SF, from the quiet houses in the Mission to the sand dunes of the Richmond. We can't imagine how impressive she must have looked in the late 1800s–standing tall surrounded by open land.

Sadly, vandalism and neglect plagued the monument, and it was in a poor state of disrepair by the 1950s. When the pressure to build more houses on Mt. Olympus started to grow, the city felt they had no choice but to dismantle "Triumph of Light." She was removed without fanfare, but strangely, her pedestal was left at the very top of Mt. Olympus.

Today all that remains is a raised, wooded circle surrounding the remains of the monument's base located where Upper Terrace dead ends. Although the panoramic views are now obstructed by buildings and trees, it is still a spectacular site to behold both the east and west sides of the city, with significantly less foot traffic than Twin Peaks. Happy exploring! 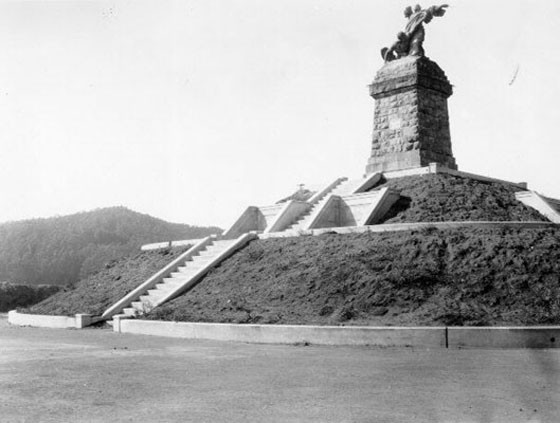 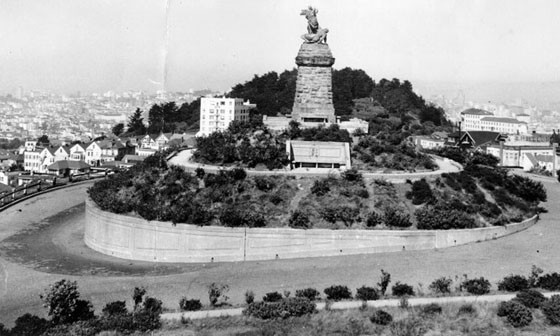 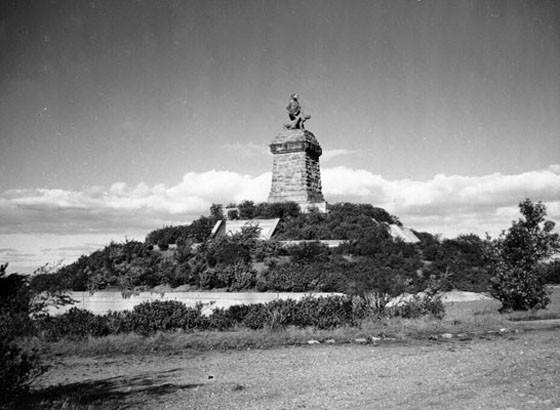 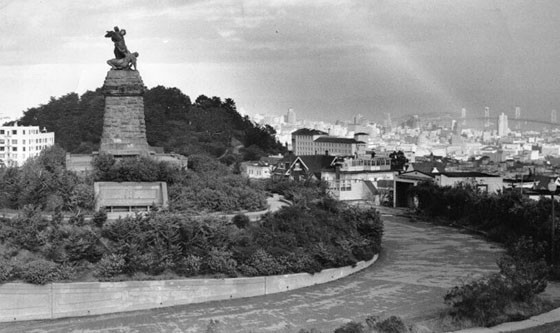 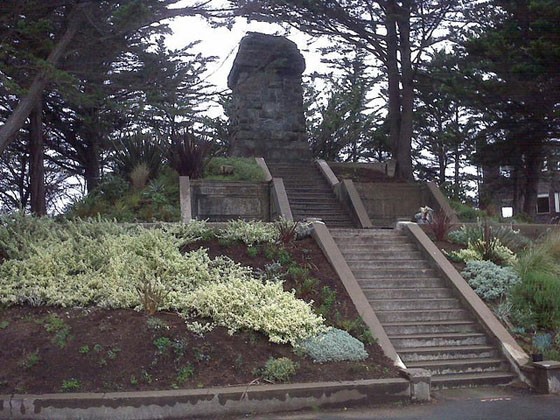