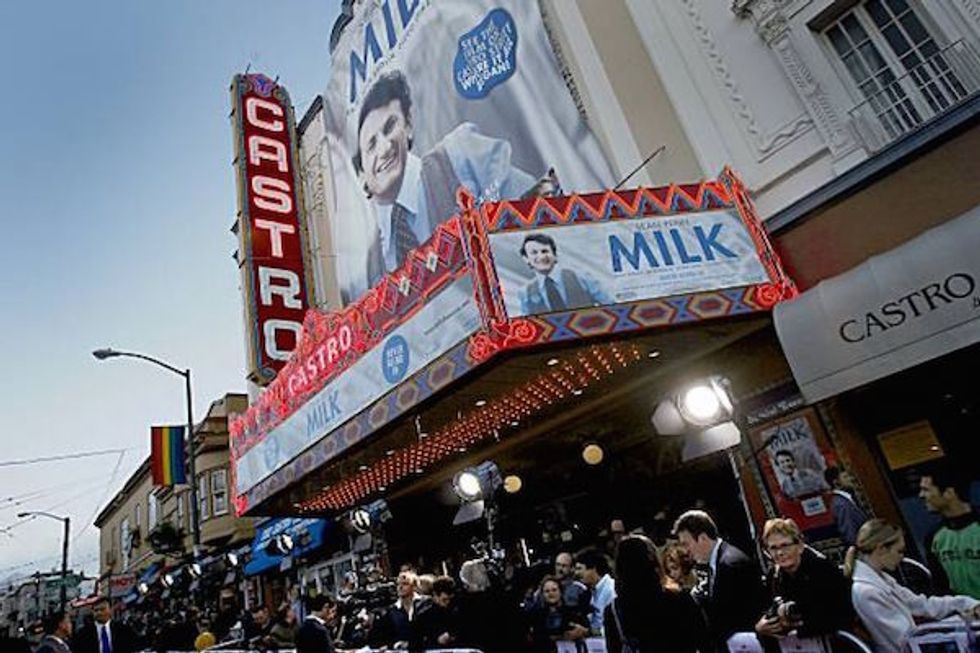 Get ready for some Gus Van Sant and Guy Pearce sightings: The Hollywood crew behind the award-winning film Milk and the Memento star are scheduled to film scenes for a new LGBT miniseries in the Castro later this month.

In 2008, the neighborhood of rainbows had a moment in the sun when screenwriter Dustin Lance Black and director Gus Van Sant released their resonant biopic of Harvey Milk, the first openly gay politican in the country and the most iconic LGBT rights activist in San Francisco history.

Now the gang's getting back together and they're headed back to town to shoot scenes for When We Rise, an 8-hour miniseries for ABC that follows the dedicated LGBT leaders, including local legend Cleve Jones (played by Pearce), who shaped the turbulent and formative decades of the gay rights movement, beginning with the 1969 Stonewall riots through the 1970s and '80s.

(Harvey Milk riding in the 1978 Gay Freedom Day Parade, the inaugural celebration of what is now known as Pride in San Francisco.)

Locally filmed scenes are said to include the 1978 Gay Freedom Day Parade and the 1979 White Night Riots, when protest erupted and residents clashed with police upon the meager manslaughter conviction of Milk assassin Dan White.

Other prominent characters in the series will include Ken Jones, an African American Vietnam War vet, and Cecilia Chung, a transgender activisit and community organizer.

The cast and crew are expected to descend upon Castro Street and City Hall between April 28 and May 7. But as SF Film Commission director Susannah Greason Robbins tells Hoodline, schedules may be subject to change.