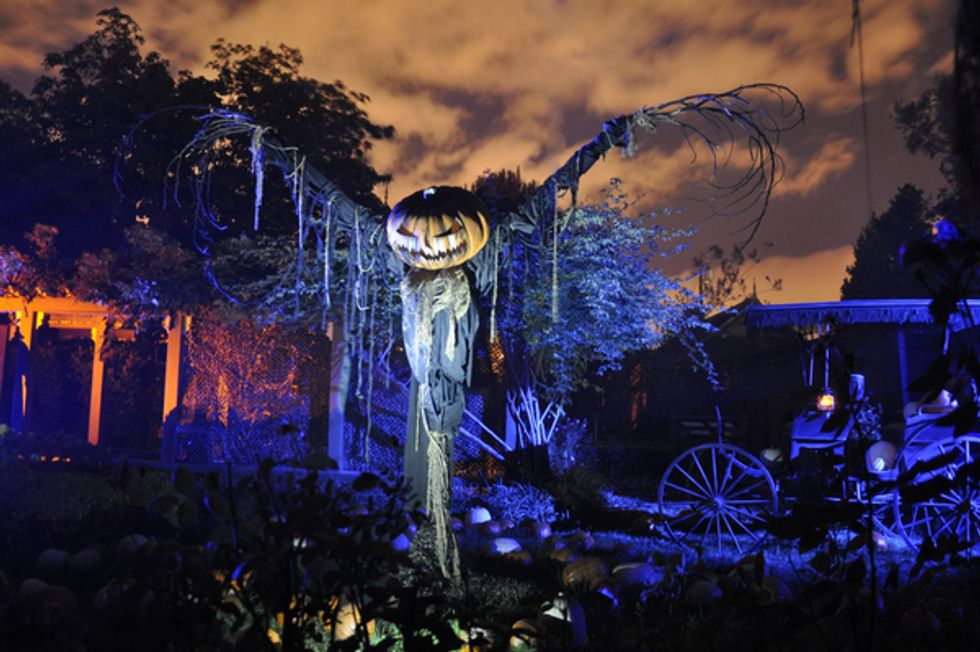 Halloween Haunts in the South Bay

October has arrived and the official countdown to Halloween is on. While you’re busy trying to decide on this year’s costume, there’s a scary number of blood curdling Halloween activities planned in the South Bay to get you in the terrified mood.

The Winchester Mystery House was designed and built by Winchester rifle heiress, Sarah Winchester. Along with being a California State Historical Landmark, it’s also the ultimate Halloween haunted house. As legend has it, Winchester spent her life keeping the house under constant construction to escape a being haunted and killed by the spirits of others killed by Winchester rifles.

During the Walk with the Spirits Flashlight Tour you’ll roam the mysterious mansion with 160 rooms, 2,000 doors, and 47 stairways, armed with only a souvenir flashlight to light the way.

If your heart is still beating, the Curse of Sarah Winchester Resurrection Maze is screaming your name. The 40 minute, interactive maze is home to more than 100 spine-chilling characters that will lead you, possibly chase you through corn fields, into the family graveyard and forcefully invite you to a séance.

The Maze and the Flashlight Tour are two separate ticketed activities, so groups with a variety of ages and braveness can divide and conquer.

California’s Great America Halloween Haunt
Every weekend night through October, zombies, evil clowns and a multitude of other scary things roam free throughout California's Great America.  The more you try and hide, the more determined they become to leave you shaking in your boots.

Snoopy’s Costume Party is Great America’s non-scare celebration of cheer rather than fear. Weekend days through October, Planet Snoopy becomes Planet Spooky and kids 12 and under are encouraged to wear their costumes and trick-or-treat with the likes of Snoopy and Charlie Brown.

It’s all about family fall fun at Happy Hollow Park & Zoo. Pick the perfect pumpkin at the Pumpkin Patch, October 13th-31st. Pack your sleeping bag and have a scary good time at the Howl-o-ween Family Sleepover, October 13th to 14th. Grab your flashlight and check out the wilder side of the zoo after dark on a Flashlight Tour, October 19th & 2oth, 26th & 27th. Kids can haunt the Hollow on October 28th, trick-or-treating throughout the Park and Zoo.

Pumpkins in the Park

Celebrate the fall harvest at the 18th annual Pumpkins in the Park extravaganza at Guadalupe River Park. Along with pumpkin decorating and a costume parade, there will be apple tasting and fresh pressed cider. The free event will be held at Discovery Meadow, near the Children¹s Discovery Museum on October 13th.

Day of the Dead

For a change of pace, head to the San Jose Museum of Art on October 27th for its El Día de Los Muertos, or Day of the Dead celebration. Live music, dance performances and storytelling takes place throughout the day. Kids can decorate calaveras de azucar (sugar skulls) and make skeleton puppets at this free event.