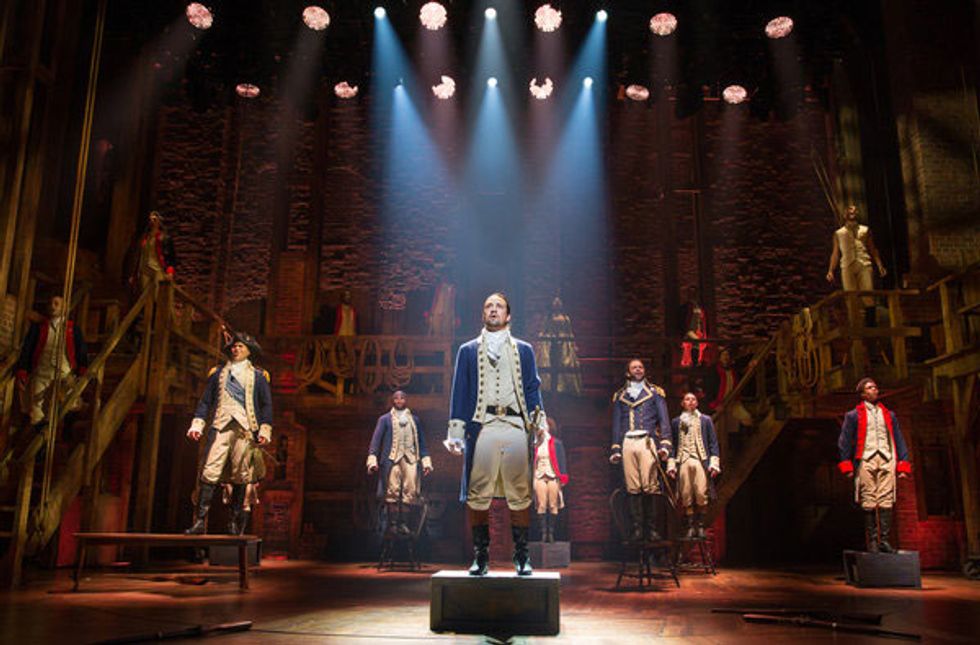 "Hamilton" the Musical Is Coming to San Francisco!

Your day just got a whole lot better: “Hamilton”—the Broadway musical taking the United States by storm— is hitting the road and headed to San Francisco first!

The musical tells the story of the life and death of founding father Alexander Hamilton, an immigrant from the West Indies who became George Washington's right-hand man during the Revolutionary War and was the nation’s first Treasury Secretary. The score is an upbeat blend of hip-hop, jazz, blues, rap, R&B, and Broadway, that has crowds lining up for hours in New York to try and get tickets.

The national tour is scheduled to begin in San Francisco in March 2017 at the SHN Orpheum Theater, and to run there for 21 weeks before moving on to Los Angeles. If you're a current SHN Member your seats are guaranteed and available to renew in March. For the rest of us, we'll just have to wait until single ticket sales are announced. They're sure to go fast!