Haute Hipster Hotel Alert: The Tilden Joins the Renaissance in the Tenderloin

A long time ago, a good friend of mine—a handsome redhead well known in the city for his particular brand of wit—described the area around the new Tilden Hotel as M-Town, as in Murder Town; or, as I once called it, DLITPUAN (Don't Loiter In These Parts Unless Absolutely Necessary) Town. I speak from experience: When I landed in San Francisco 14 years ago, I settled, like many fresh, wide-eyed transplants often do, in a cheap pre-war apartment in the Tenderloin. This city loves underdog stories of all sorts, and the recent gentrification of this neighborhood ticks all the right boxes.

The Tilden, a new boutique hotel in the former Hotel Mark Twain, is the latest in the neighborhood's renaissance, following in the footsteps of Onsen, the Saratoga, Hero Shop, In Fiore, the Joint—all design-forward businesses drawing cultured San Franciscans (in droves) to the notoriously gritty area in search of a culinary, fashion, or beauty fix. The hotel itself is named after the 19th-century Chico, CA-born sculptor Douglas Tilden, whose tribute to the soldiers of the Mexican-American War, Native Sons, was unveiled in September 1897 at the convergence of Mason, Turk, and Market, or the gateway of the Tenderloin.

The lobby at the Tilden Hotel.(Aubrie Pick)

Brooklyn's Studio Tack took on the project with an eye toward 1970s glamour (in the lobby), timeless minimalism (in the guest rooms), and the ever popular Prohibition era: In the adjacent restaurant, the Douglas Room, you can find the requisite handlebar mustachioed bartenders slinging such cocktails as the Flop House Welcome—a rye, chartreuse, and black tea concoction—to be served alongside such daring bar snacks as lamb tartare pies and sweetbread nuggets.

If you didn't recognize the building's heritage from the glammed-up lobby, you will certainly come face-to-face with it on your way to your guest room, either via the vintage two-person lift or the narrow flights of stairs. There's a certain less-flashy authenticity in these upper levels; something about their diminutive proportions and creaky floors suggests the previous incarnations of the 1928 building.

The guest rooms at the Tilden are stylishly spare. From the white walls and high-gloss black trim to the crisp white bedding and black craftsman-style headboard, the rooms are uncomplicated and have a high-brow motel feel. This occurred to me after I posted a photo I took on Instagram, which reminded me of Oakland photographer Todd Hido's haunting motel room images. (Though, to be fair, rare is the "motel" that features cultish Malin + Goetz products in the bathroom, and Tcho chocolates on the dresser. Designer condoms? Also available in-room for your, er, pleasure.)

The hotel's art program highlights emerging painters and muralists, including botanical artist and printmaker Jenny Kiker and recent Academy of Art University graduate Joe Papagoda, whose works can be seen on walls throughout the hotel. A poet in residence, Tenderloin-based Jesse James Johnson, composes optimistic stanzas that are printed on cards and placed on the beds. A poem from our recent visit seems to touch on the neighborhood's rising star status:

In my father's arms 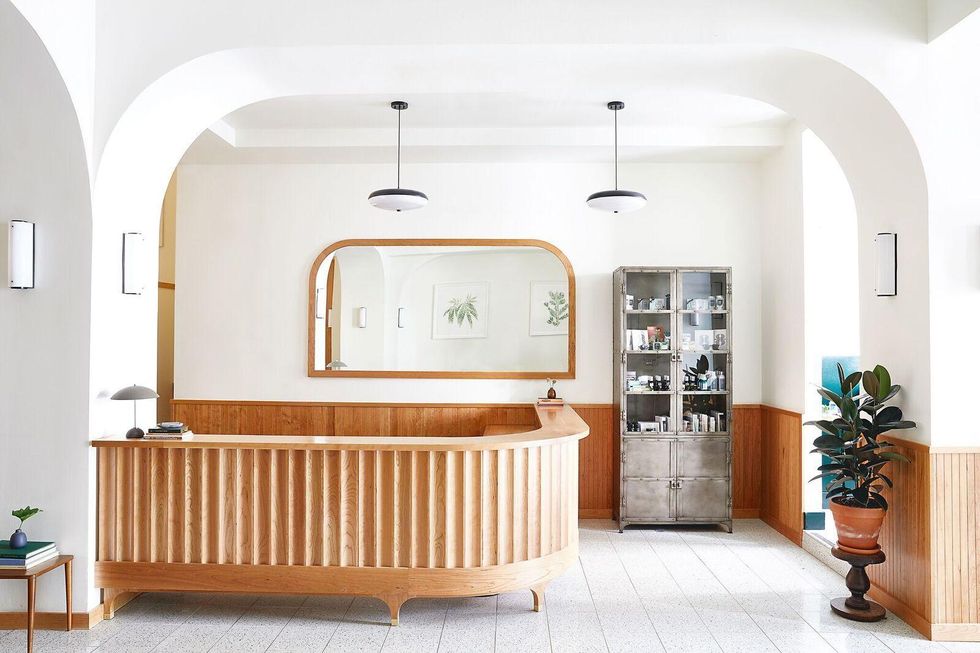 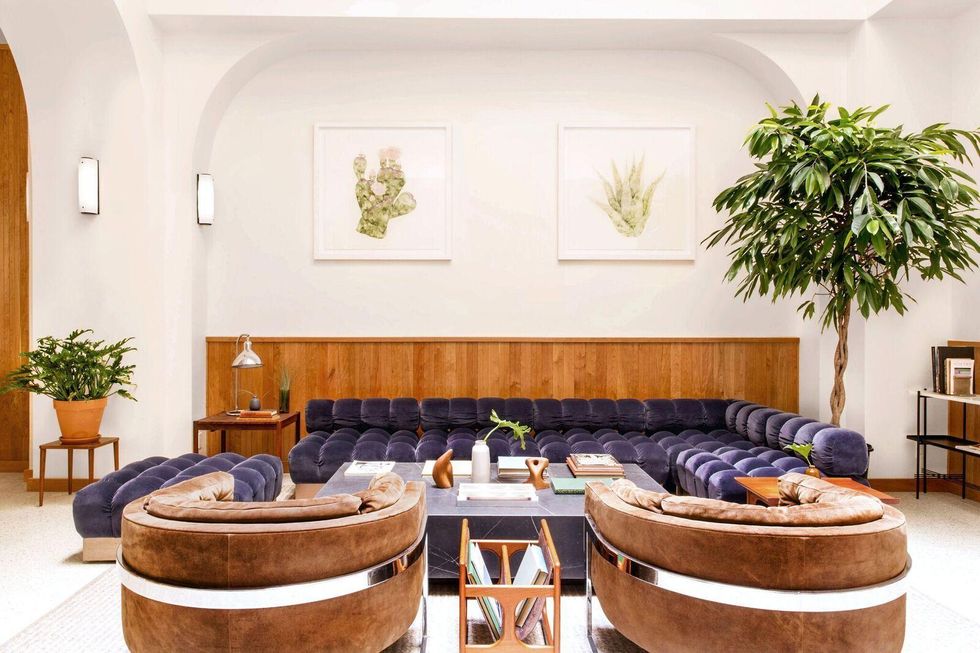 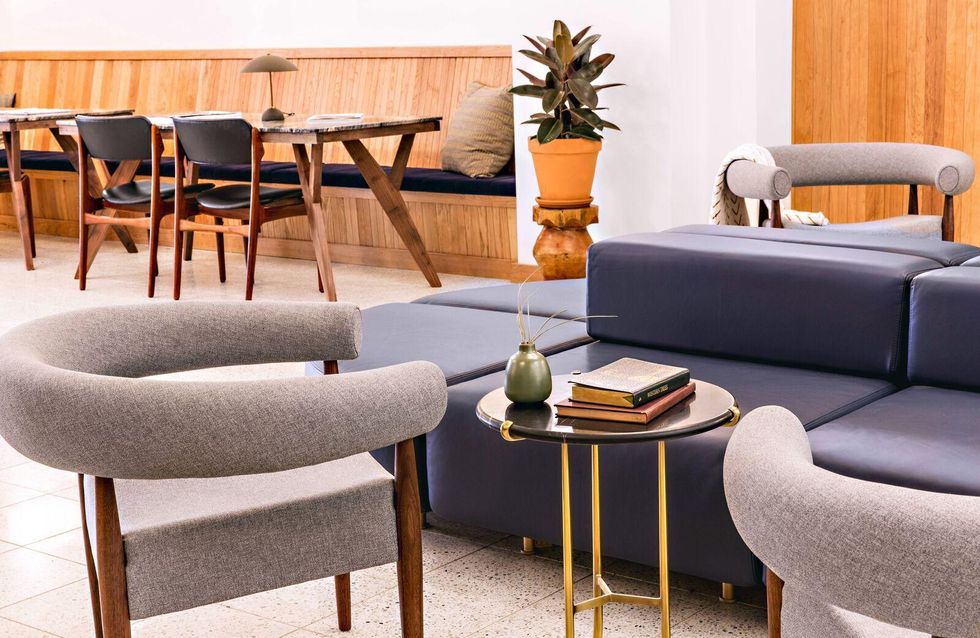 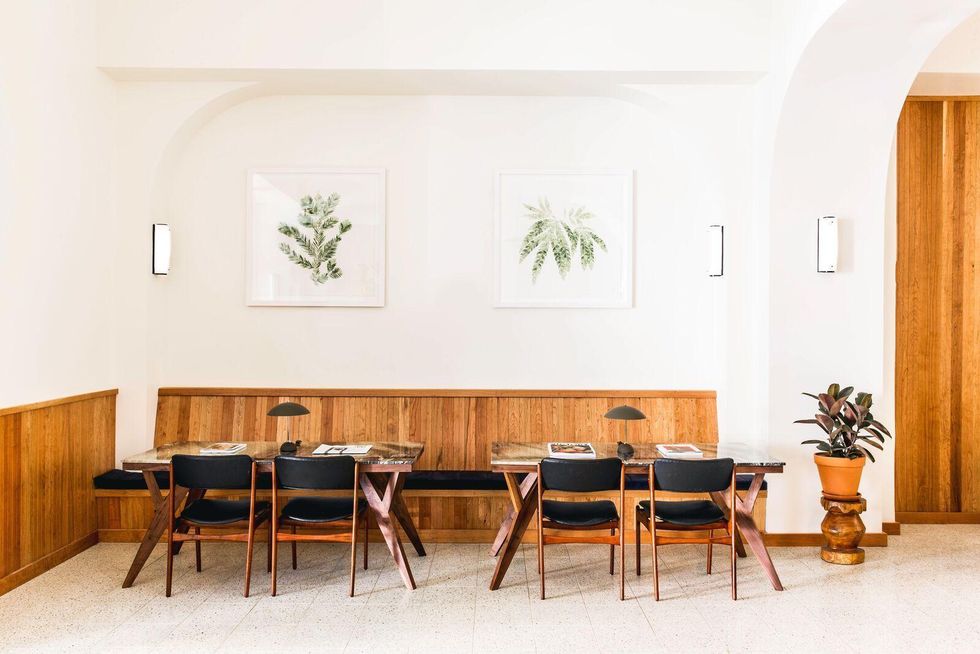 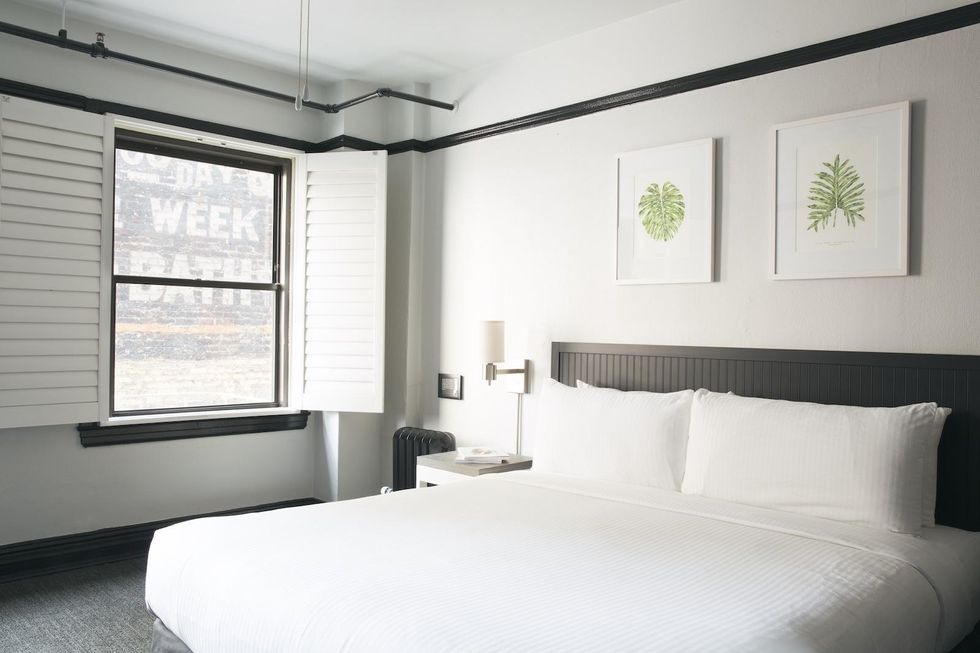 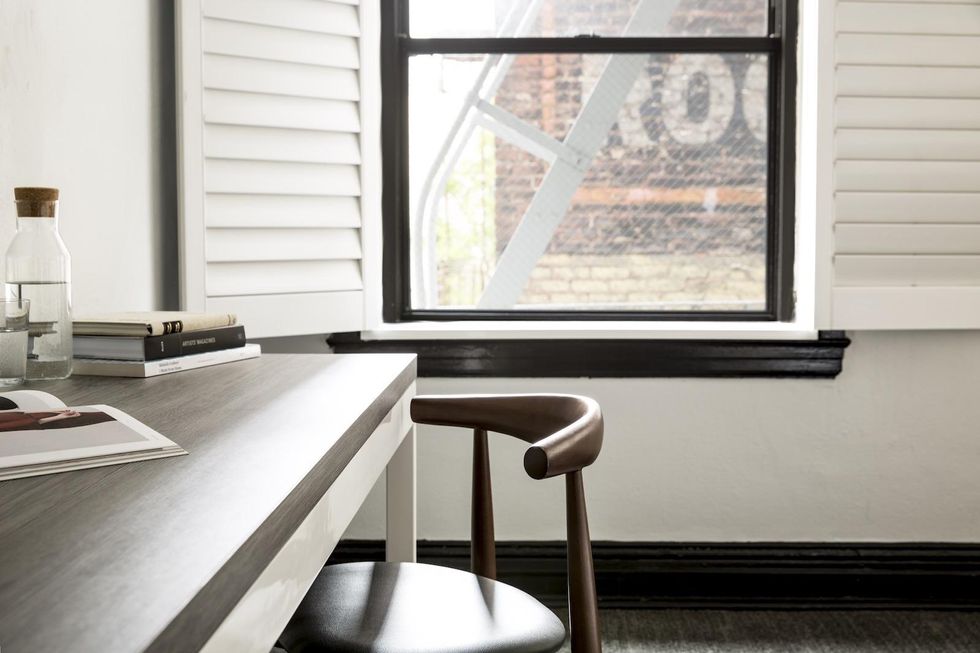 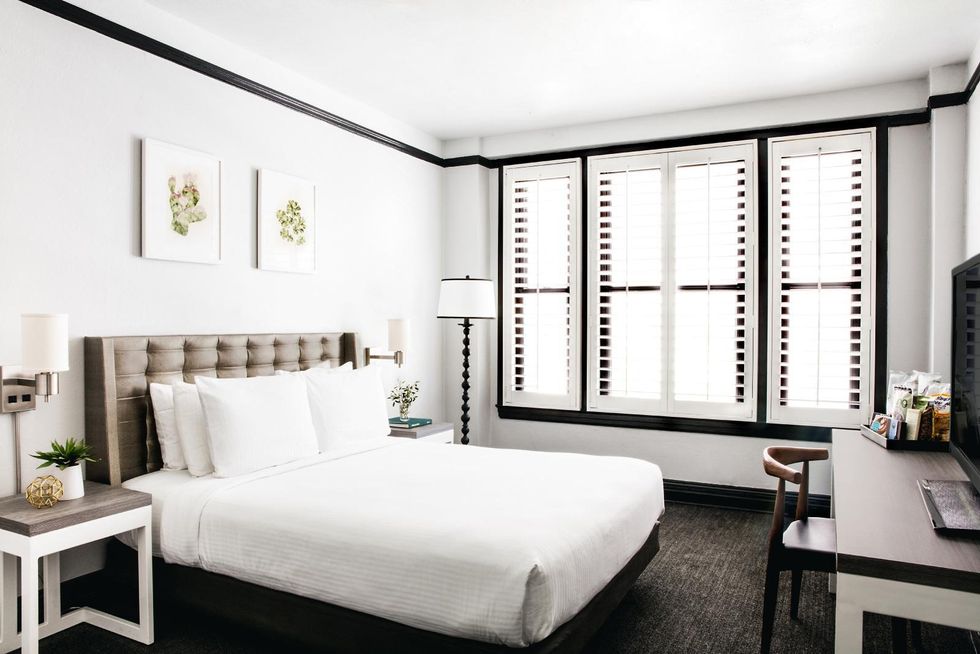 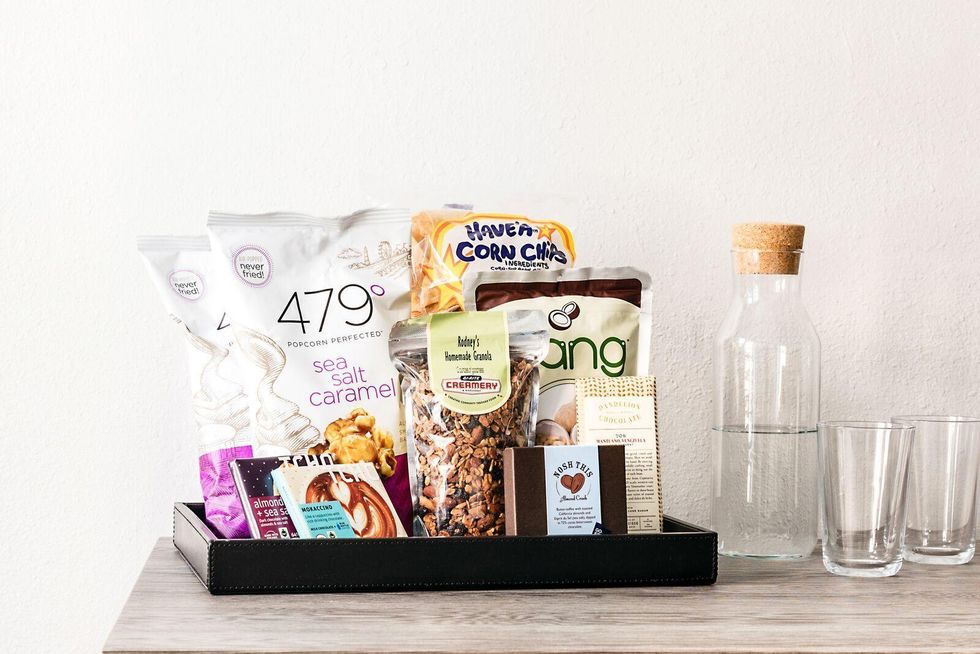 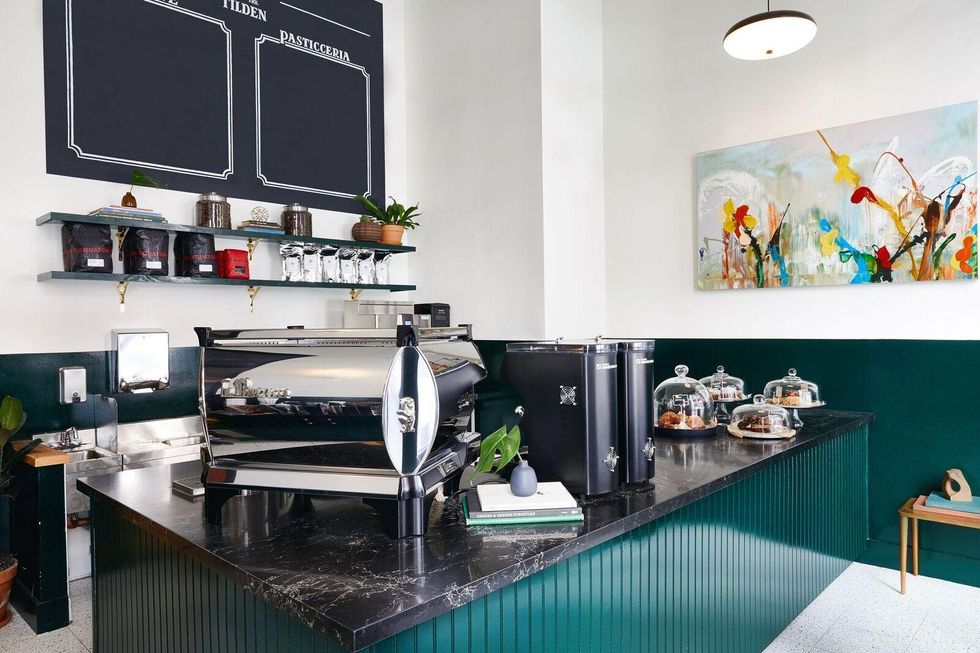 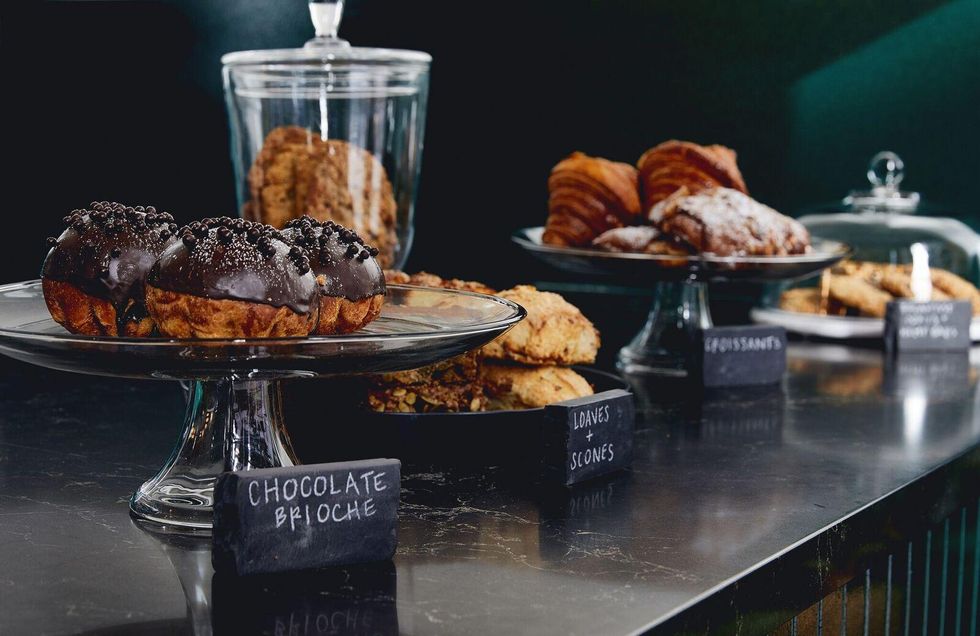 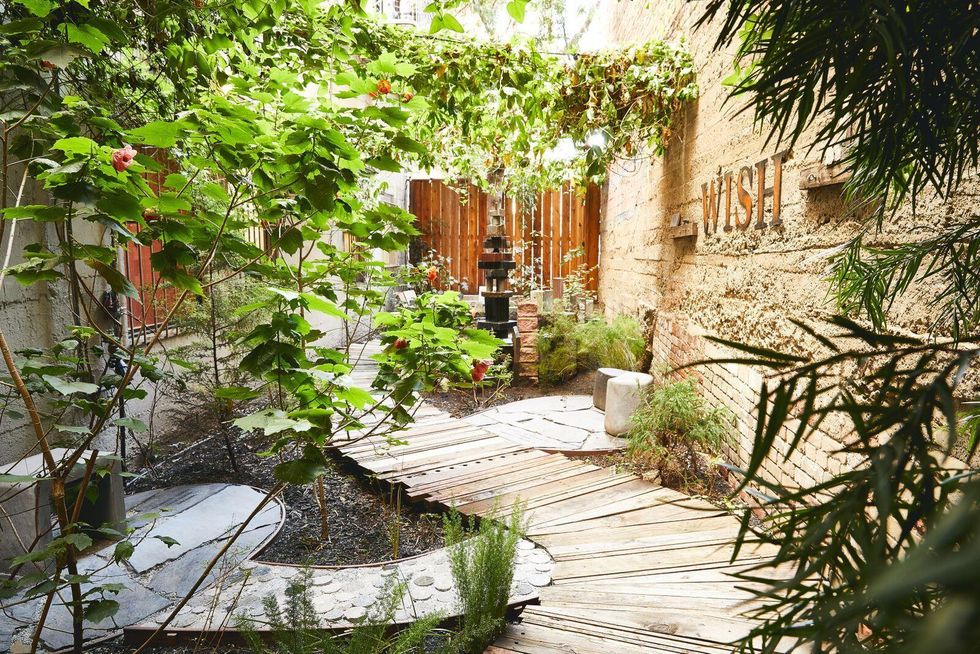 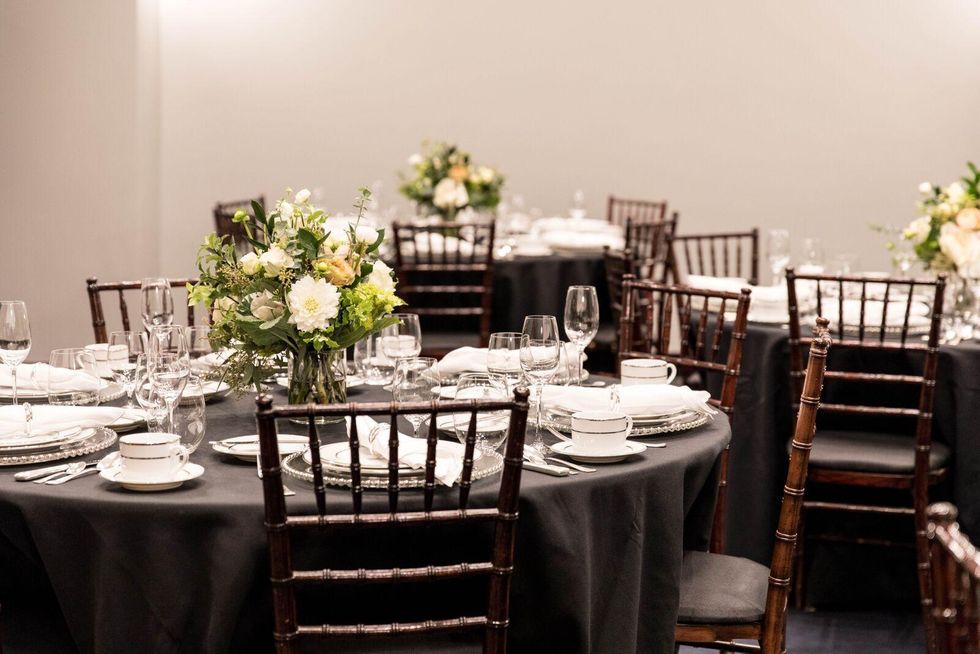 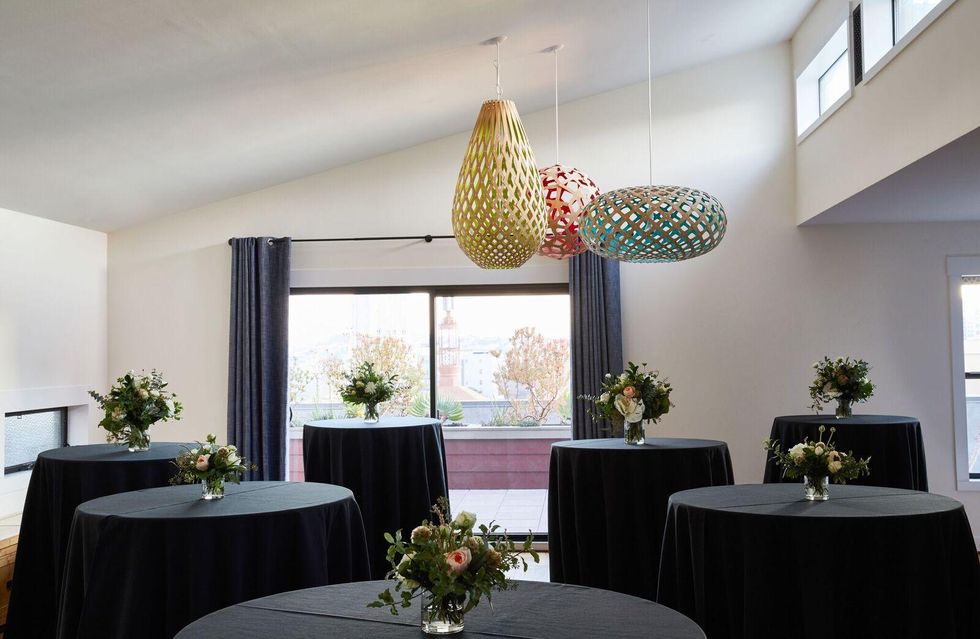 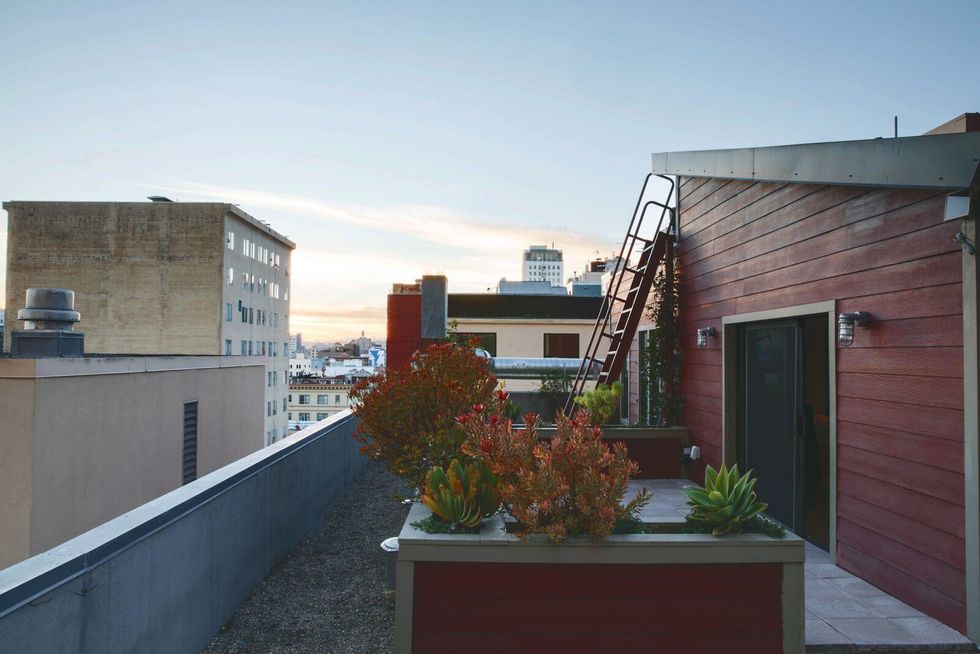 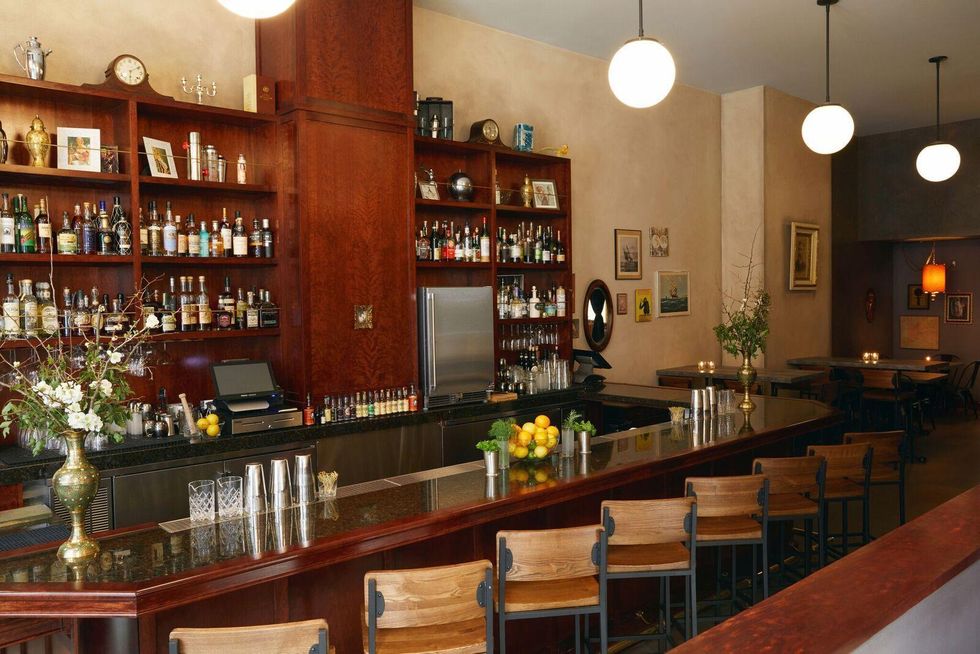 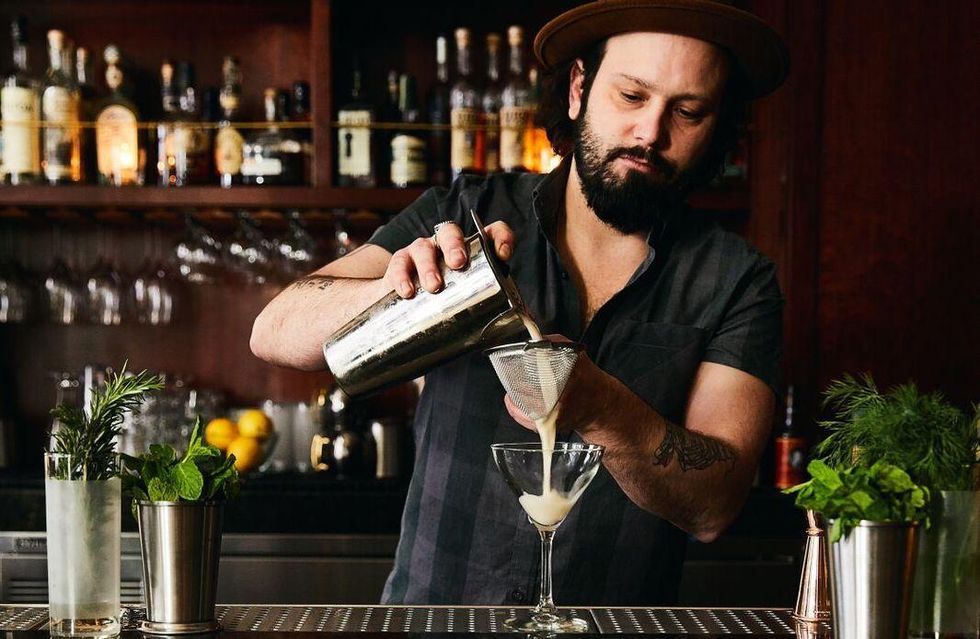 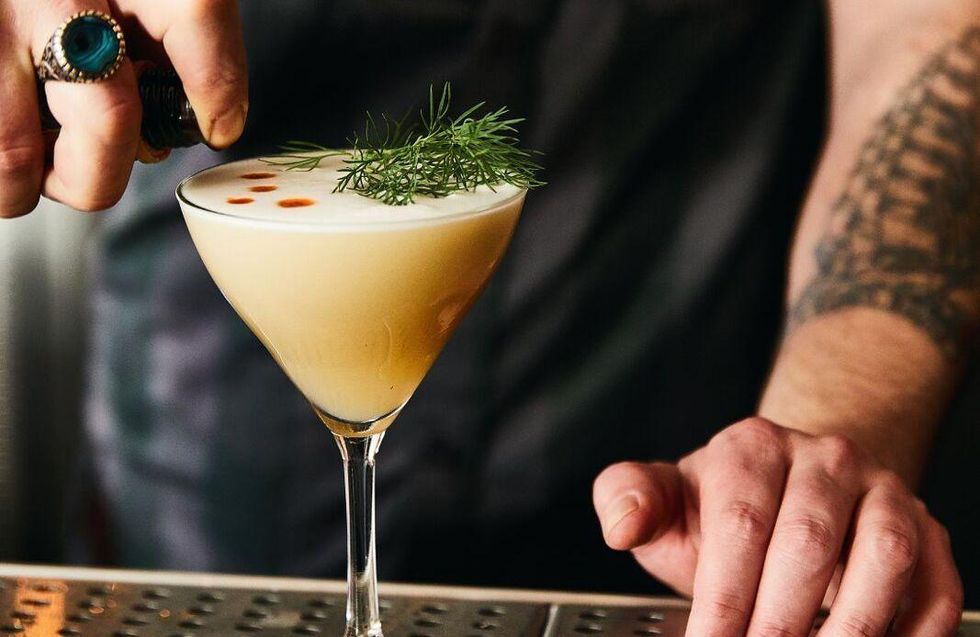 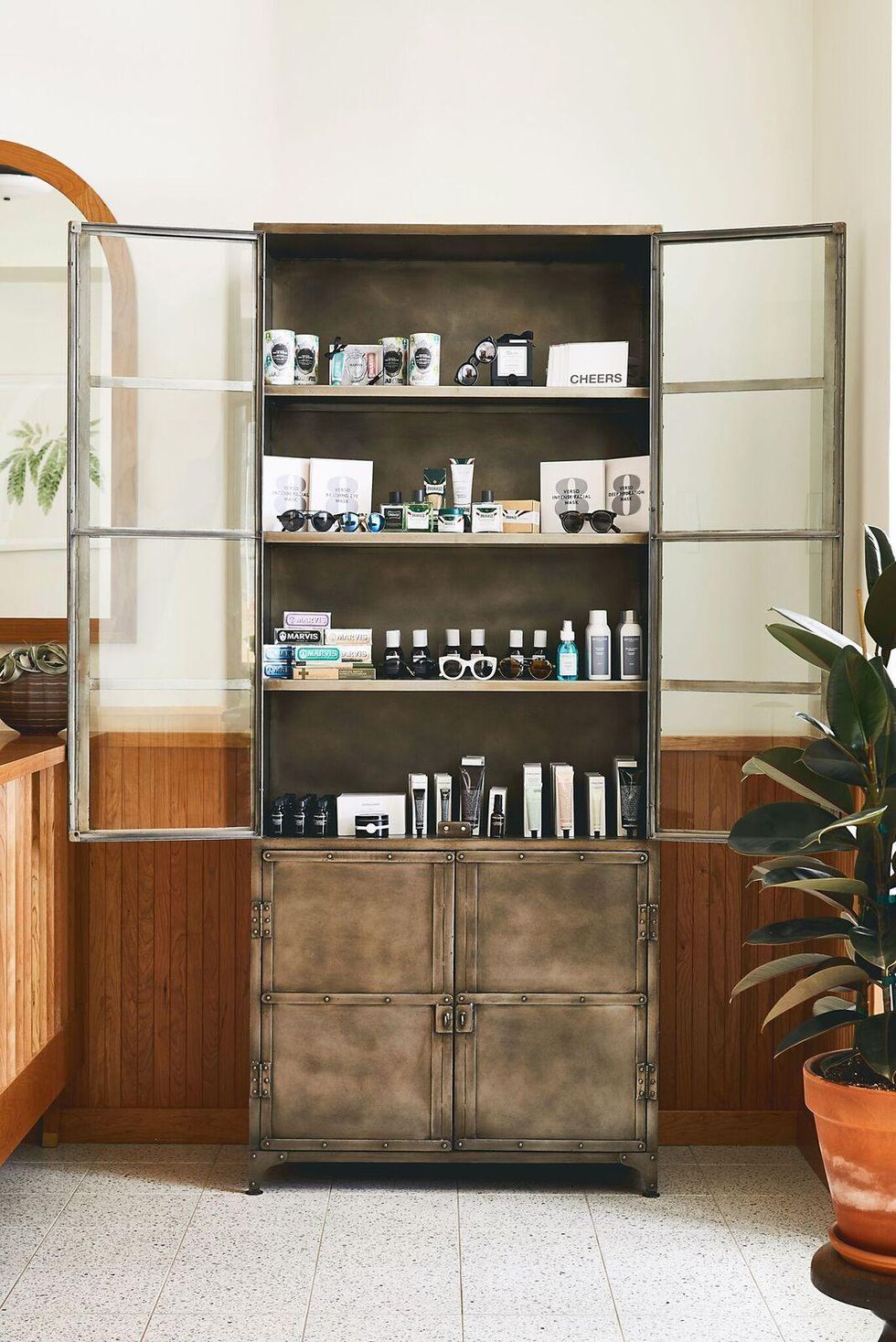 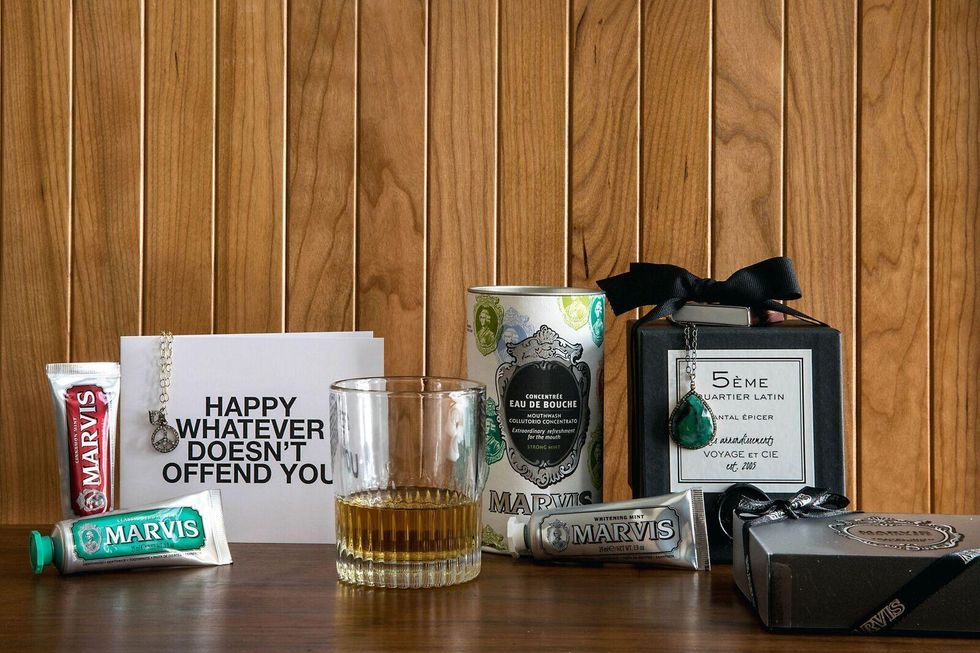