Our Hella Fabulous History: A Timeline of San Francisco Pride, in Pictures

In 1964, Life magazine dubbed San Francisco the "gay capital of the world." Can we get a hell yeah?!

Those of us who are fortunate enough to call this seven-by-seven-mile swath of the West Coast home are accustomed to this inclusive bubble. From whatever walk of life you hail, whatever colors make up your self-flown flag, San Francisco welcomes you. Each June, Pride month is a celebration of our city's open-arm policy as well of the vibrant LGBTQ that helps to make our patch of paradise so unique. Take a stroll down memory lane to see just how this red, white, and rainbow sanctuary city has been, and continues to be, at the forefront LGBTQ rights. 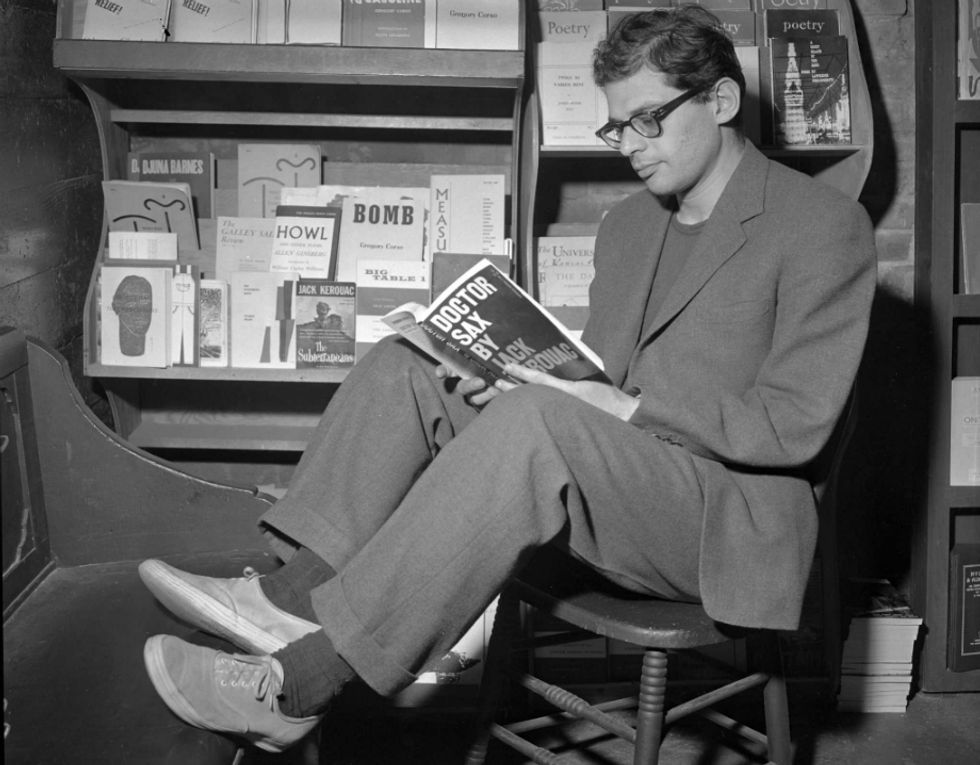 As a response to the rise of the affluent middle class after WWII, Beat culture—a literary celebration of all things inclusive and exploratory—blossomed in San Francisco in the early 1950s. The Beats created a cohesive family-like unit for gay people and other underserved groups. Prominent wordsmiths including Allen Ginsberg(pictured here) and José Sarria broke into mainstream notoriety—and they just so happened to be gay. (Photo courtesy of Joe Rosenthal via San Francisco Chronicle) 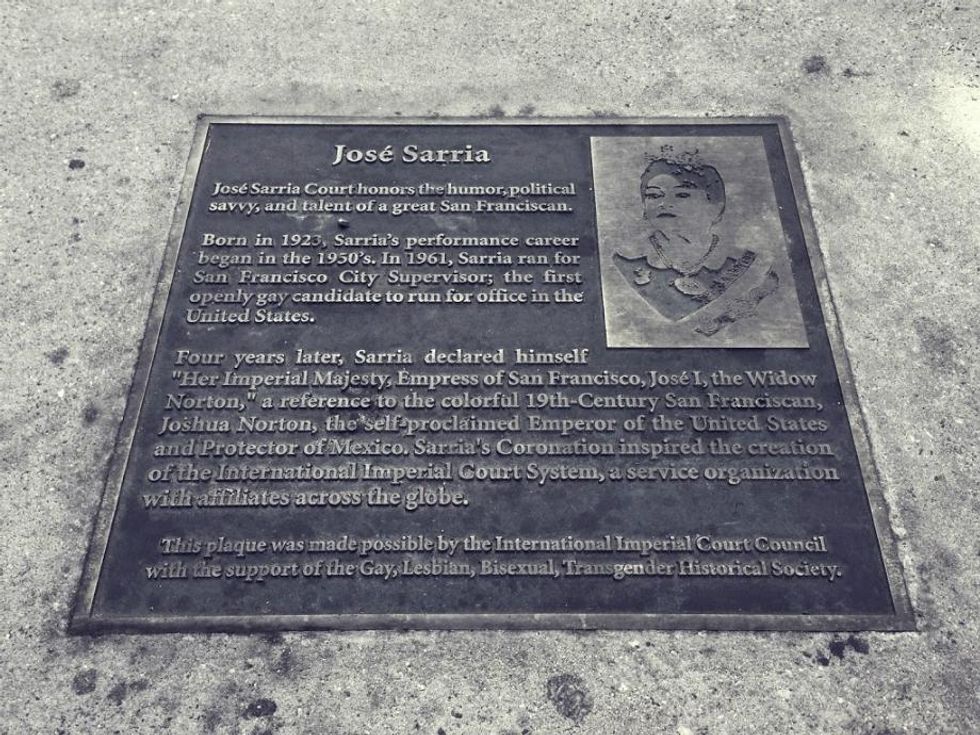 José Sarria became the first openly gay individual to run for office in 1961, building bridges and changing the minds of many along the way; Sarria would later have 6,000 or so votes cast in his name, placing him ninth out of 34 other running mates. (Photo courtesy of Read The Plaque) 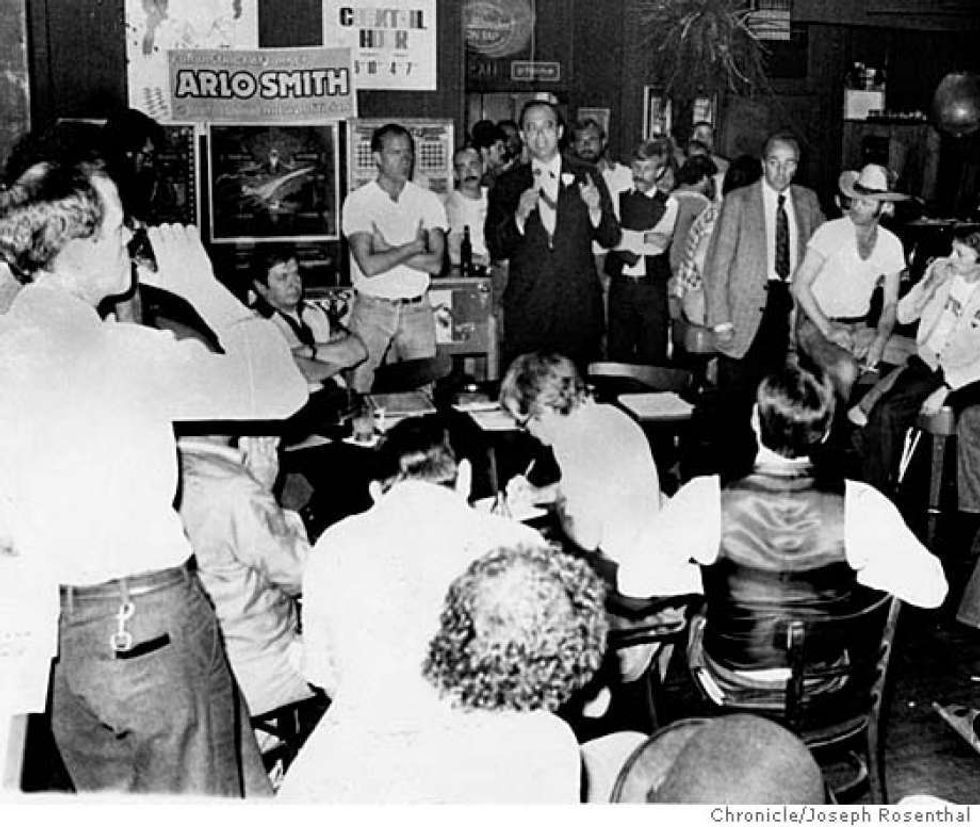 In 1962, The Tavern Guild became the first gay-identified business association in United States, run by SF's most prominent gay bar owners at the time. Here, San Francisco Supervisor Quentin Kopp is photographed giving a speech to members of the Tavern Guild during his bid for mayor in 1979. (Photo courtesy of SFGate) 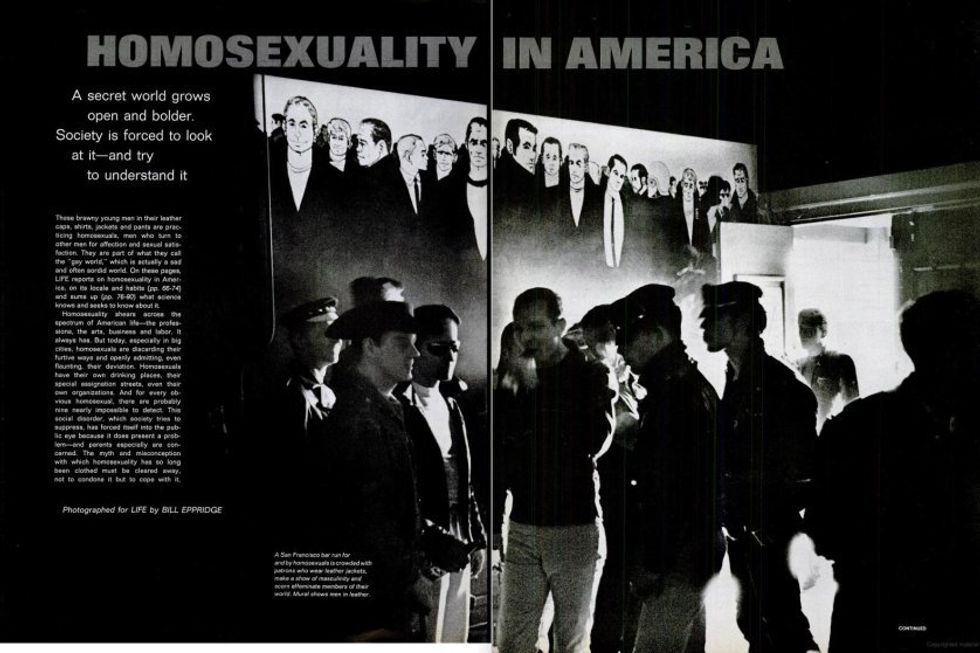 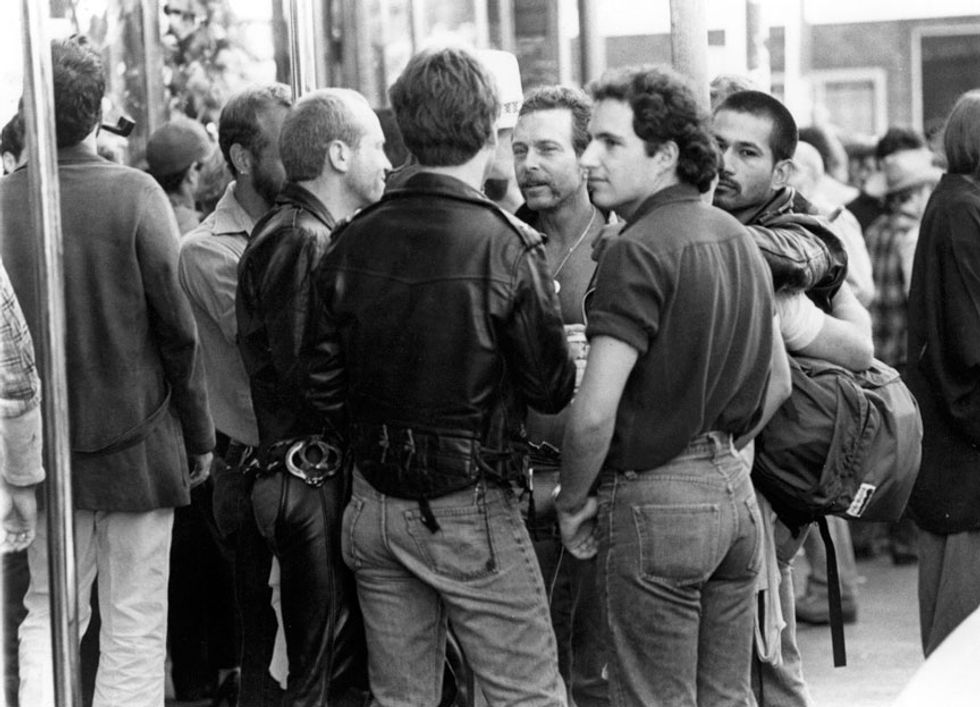 The Tenderloin—an urban sector founded on the sole notion of serving low-income, outlying communities—was established in 1966, around the same time as the dawning of the Gay Liberation Movement. The Tenderloin was (and still is) heavily populated with gay-friendly shops and businesses. (Photo via The Gay and Lesbian Review) 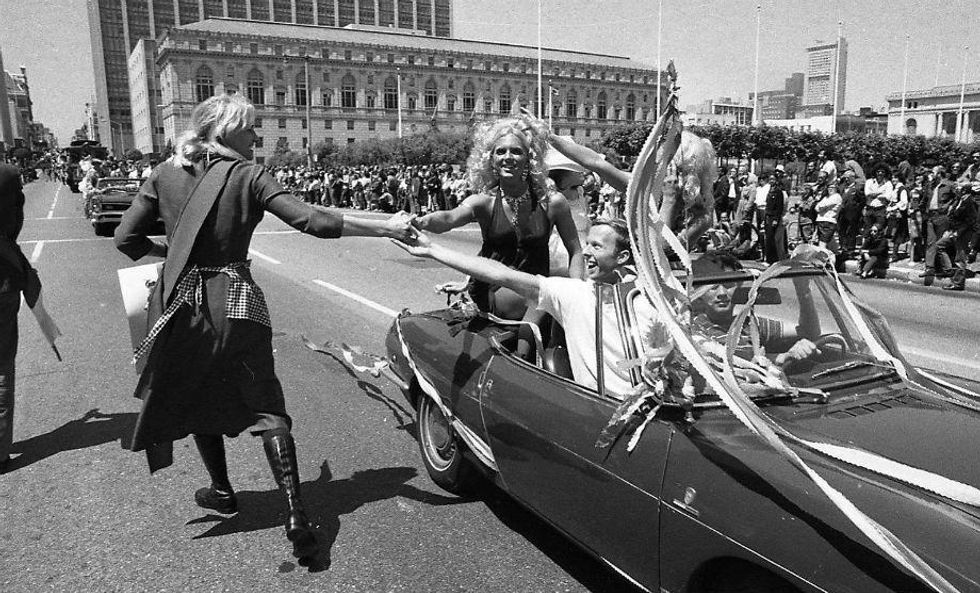 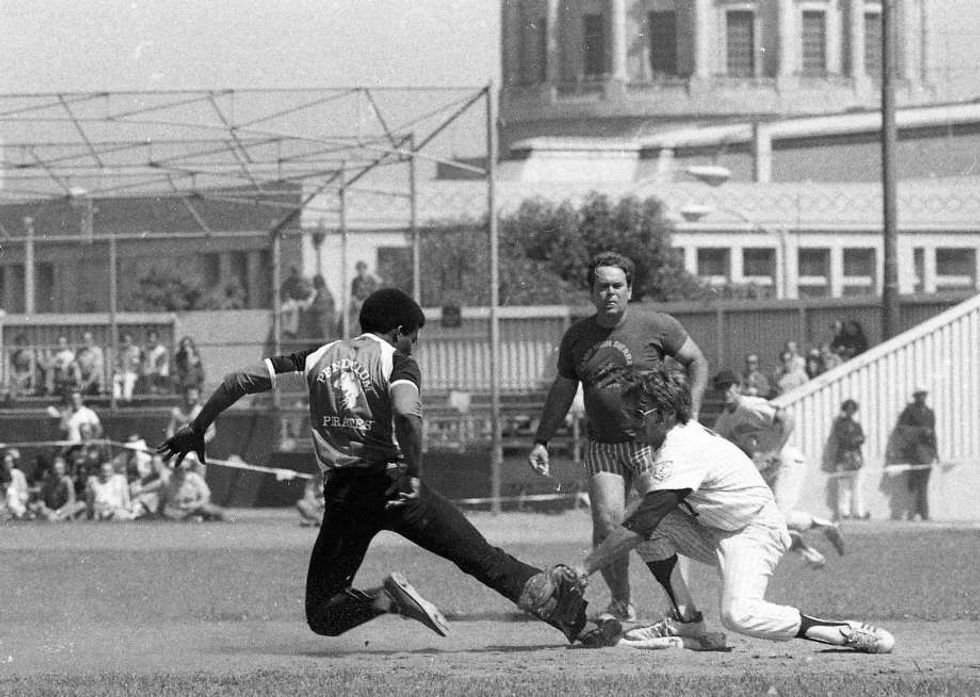 In 1974, the city became home to the world's first gay softball league, known as the Community Softball League, which would eventually include both LGBTQ-identified women's and men's teams. (Photo courtesy of Susan Ehmer via San Francisco Chronicle) 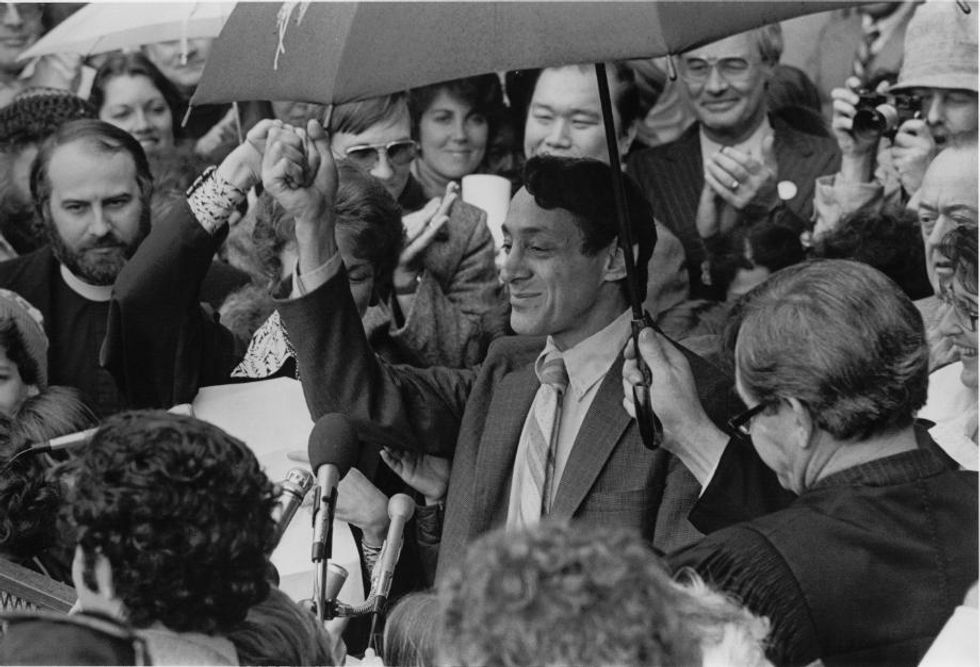 Harvey Milk—America's first openly gay elected political activist to hold office—became a member of the SF Board of Supervisors in 1977. (Photo courtesy of Harvey Milk Foundation) 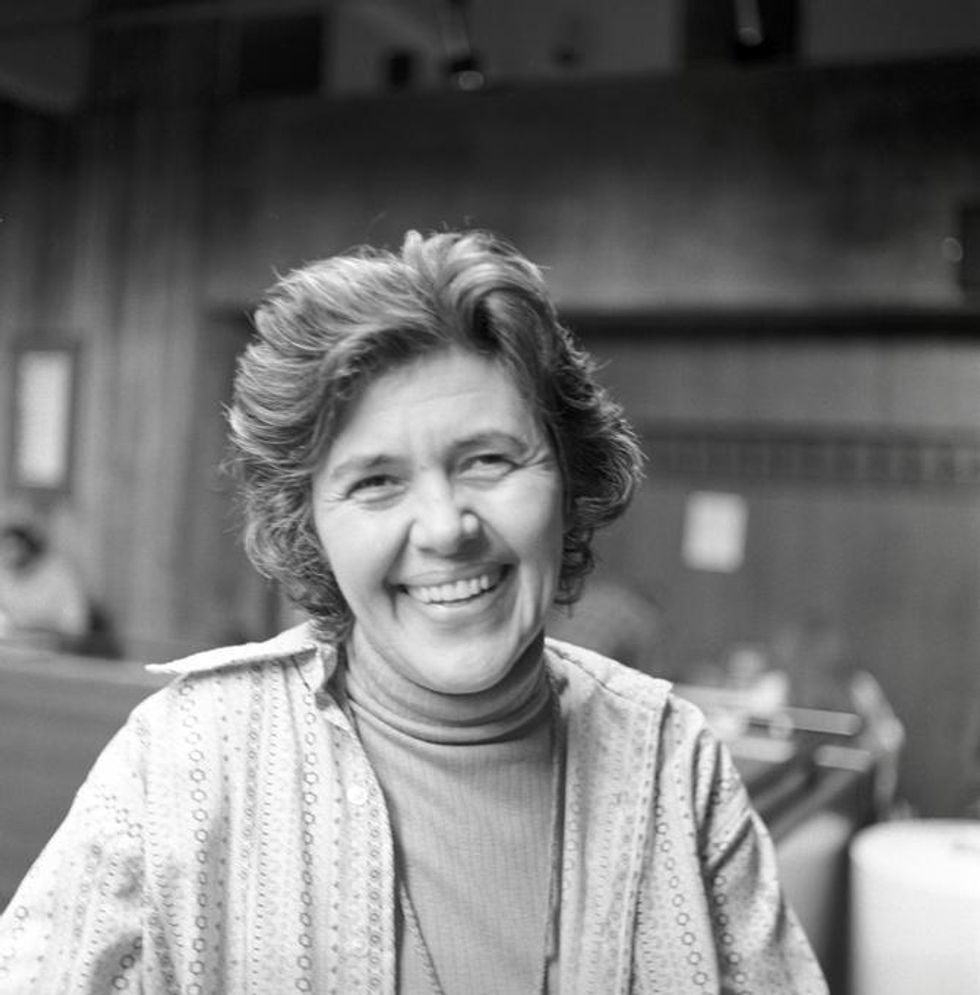 In 1978, gay rights activist Sally Miller Gearhart fought alongside Milk to defeat Proposition 6, also known as the "Briggs Initiative," which would have banned gays and lesbians from teaching in public schools in California. (Photo via University of Oregon) 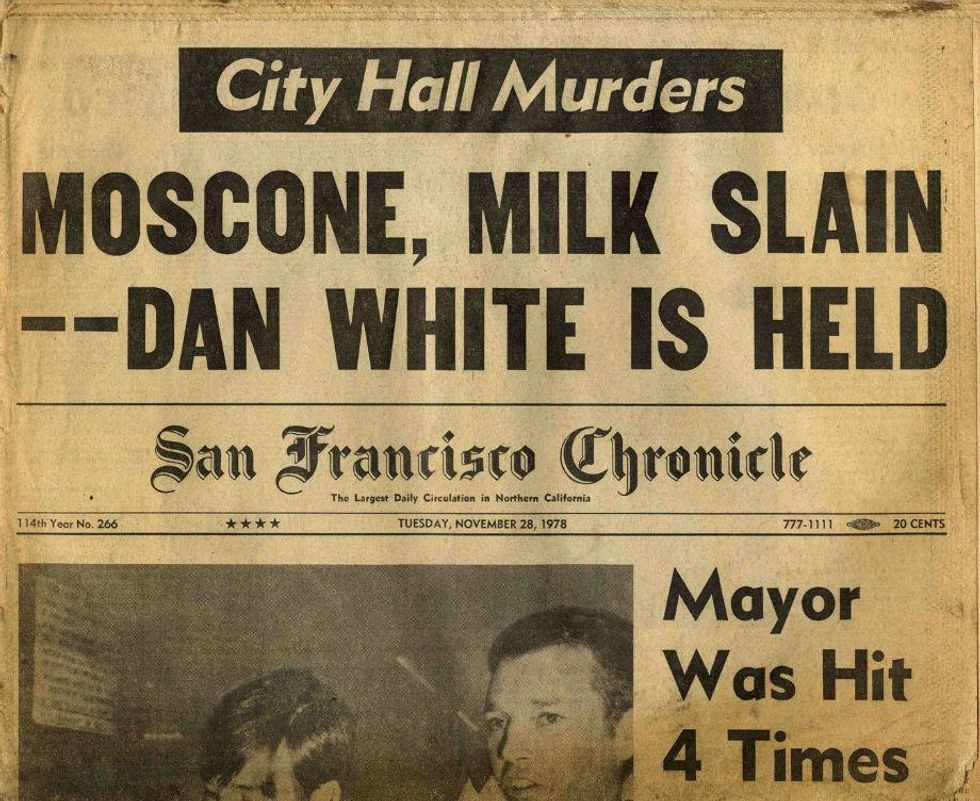 On November 27, 1978, Milk and Mayor Moscone were assassinated by fellow supe Dan White when he opened fire in City Hall, shooting each of the two men twice in the head. White had managed to avoid going through the metal detectors before entering the building. (Photo courtesy of Today In History) 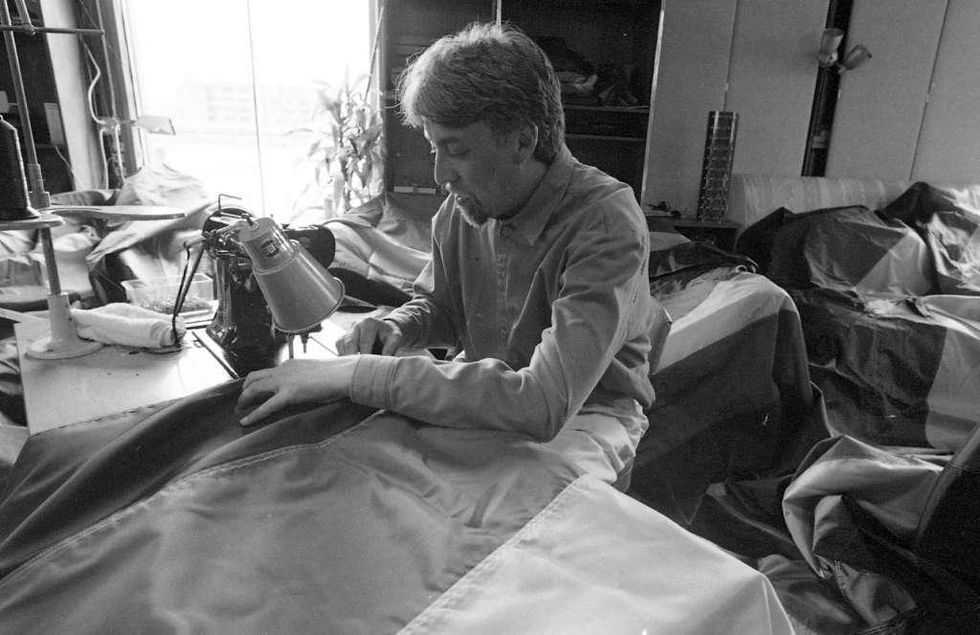 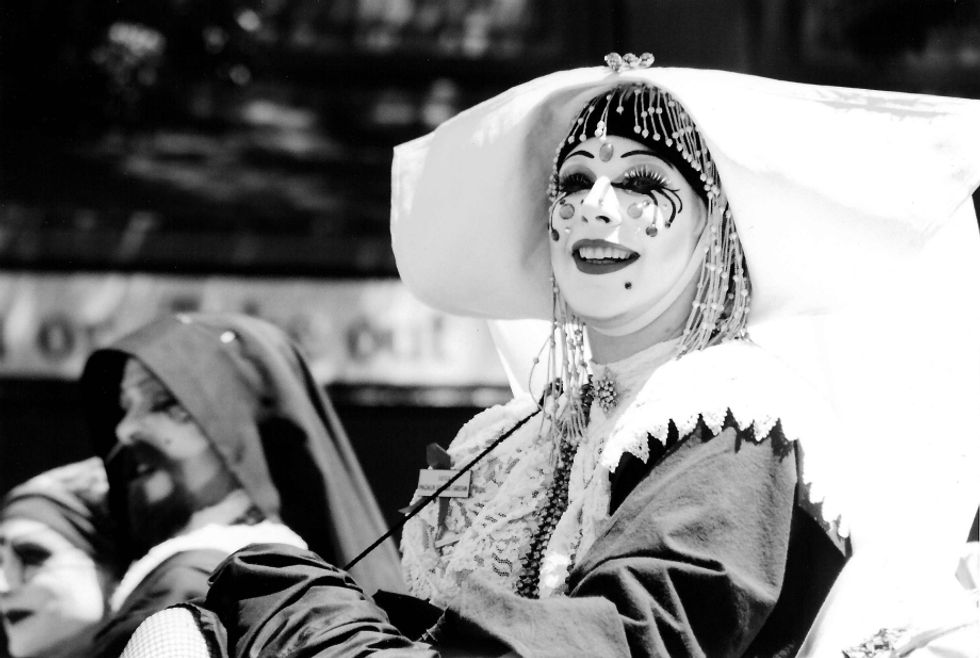 The Sisters of Perpetual Indulgence started right here in the Castro District in 1979. (We can thank them for giving us the seasonal Easter Egg that is the Hunky Jesus Competition.) (Photo via Wikimedia Commons) 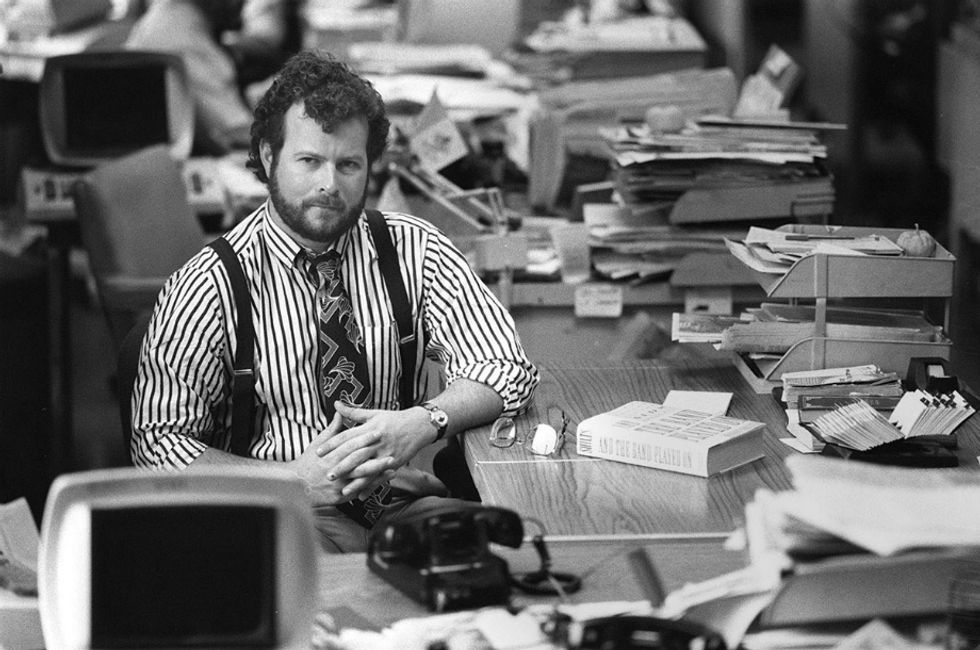 Randy Shilts rose to prominence at the San Francisco Chronicle to become, arguably, the foremost reporter on the AIDS epidemic in the 1980s. (He, himself, was an openly gay man.) Sadly, Shilts later became HIV-positive and eventually died due to the complications that stemmed from advanced AIDS. 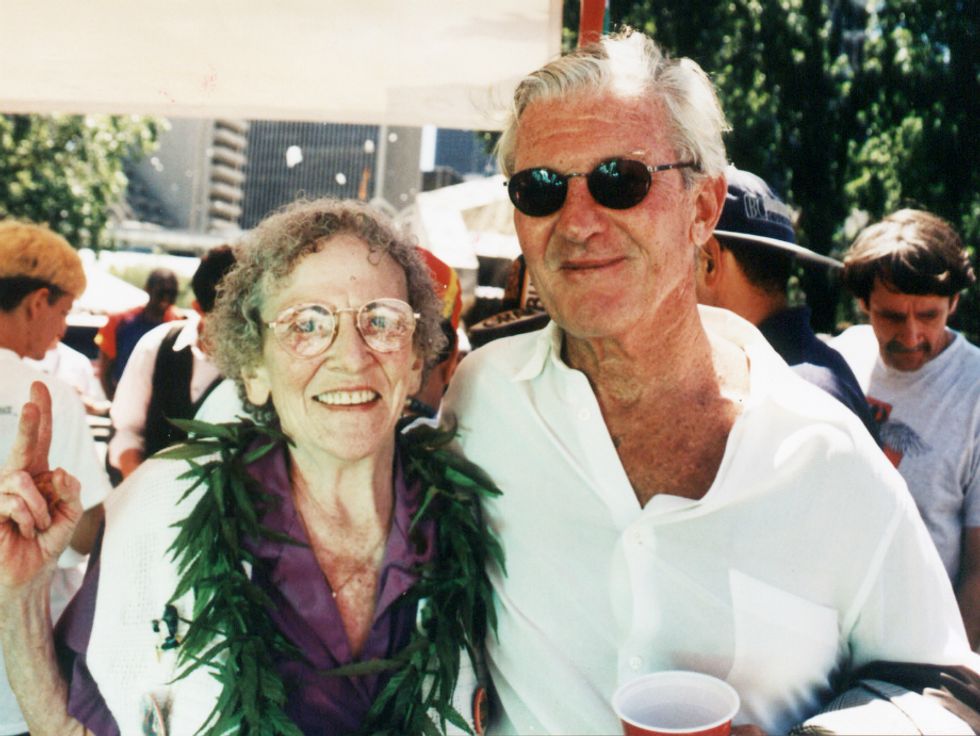 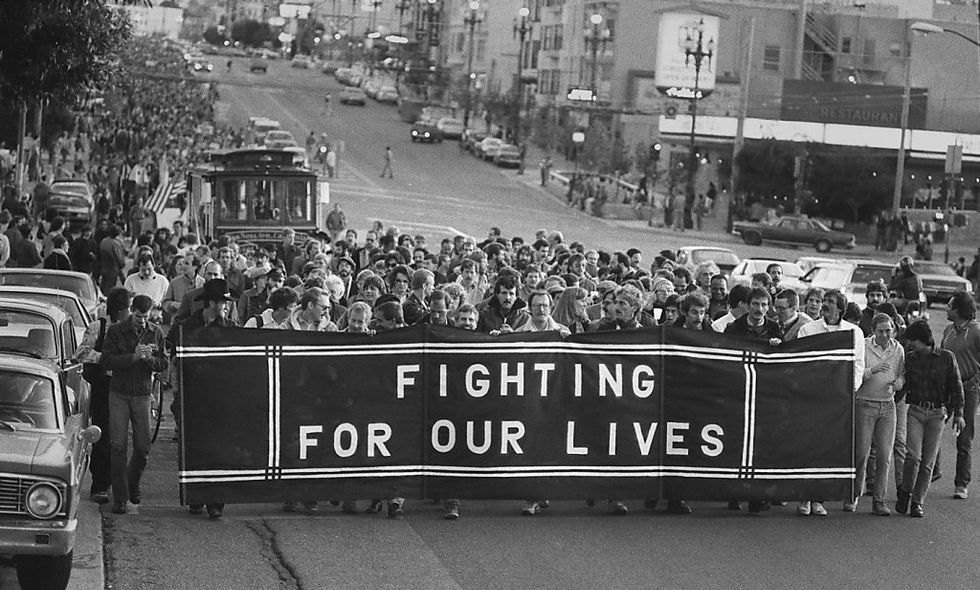 In 1984, bisexual activist David Lourea persuaded the SF Department of Public Health (SFDPH) to recognize bisexual men in their official AIDS statistics. Before that, only homosexual and heterosexual cases were reported to the SFDPH. Pictured above are members of the San Francisco Aids Foundation in the late 1980s, walking toward City Hall to stand for bisexual representation in HIV/AIDS research. (Photo via SFGate) With the advent and availability of antiviral medications that specifically targeted certain strains of HIV, the AIDS epidemic slowly, but surely, loosened its grip on the city throughout the 90s. Here, members of Act UP, a cohort of activists who fought for HIV/AIDS research, can be seen marching to City Hall in June 1990 to advocate for state and government funded HIV/AIDS programs. (Photo courtesy of John Winters via San Francisco Examiner) 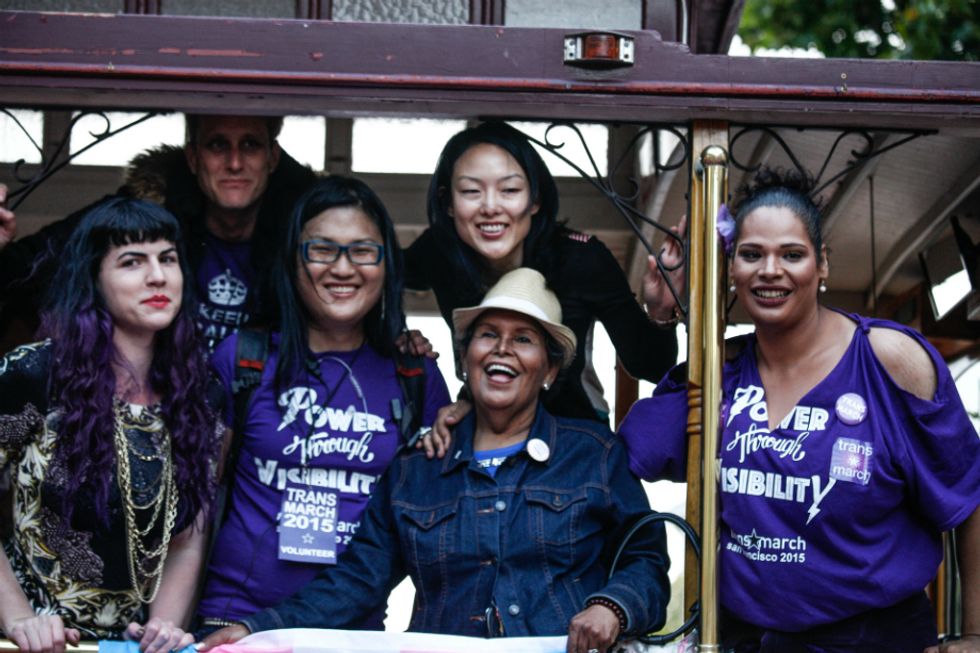 The 2000s soon became known as the "Trans Awareness Era" in San Francisco and throughout much of the country. In 2004, the SF Trans March kicked off at Dolores Park and made its way to Civic Center. It has been held annually since, becoming the city's largest transgender Pride event and one of the largest trans events in the world. This photo was taken at 11th annual demonstration in 2015. (Photo courtesy Deborah Svoboda via KQED) 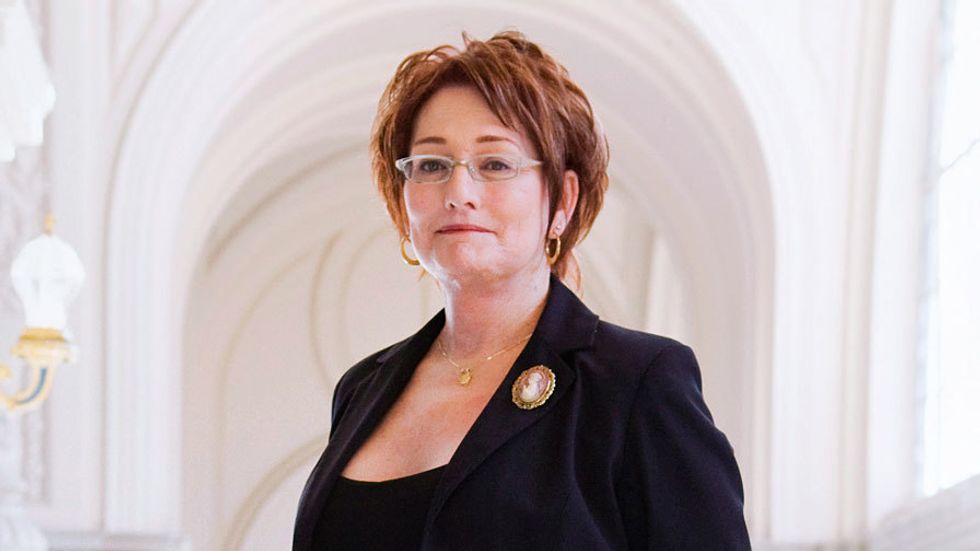 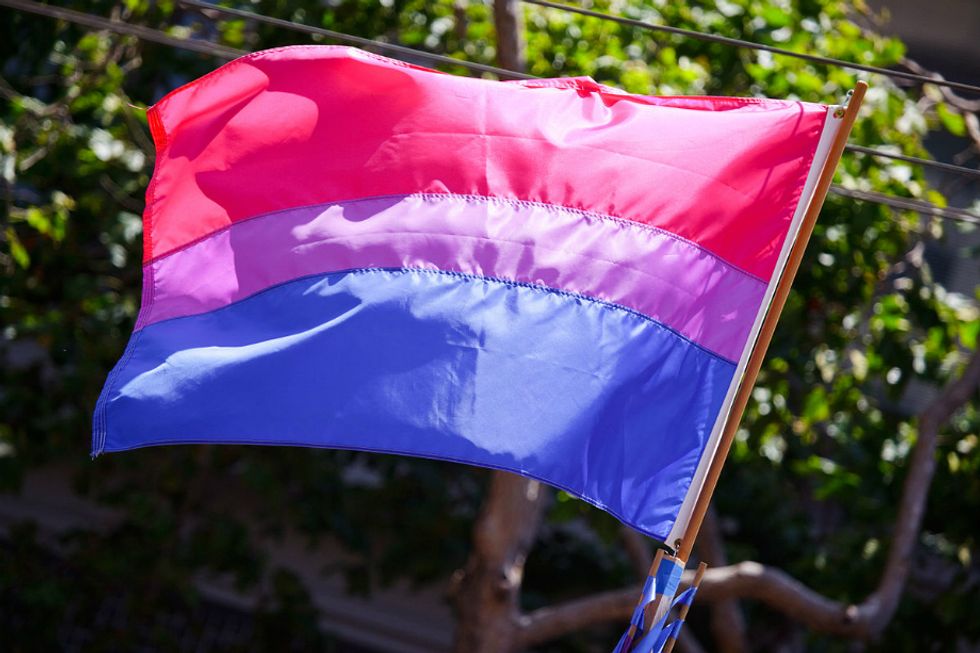 In 2011, San Francisco's Human Rights Commission released a report titled "Bisexual Invisibility: Impacts and Regulations"—a major step toward recognizing bisexuality as a true sexual orientation. It was around this time that the bisexual flag became a beacon for all things "B" in LGBTQ+. (Photo courtesy of Wikimedia Commons) 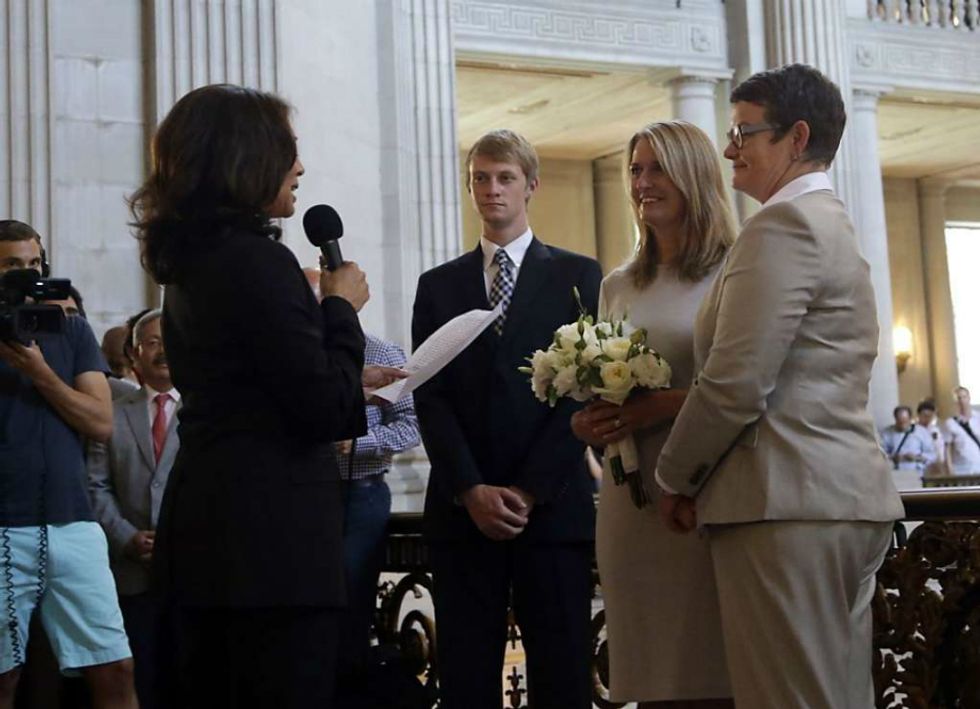 On June 23, 2013, Proposition 8—the statewide ban on same-sex marriage—was officially ruled unconstitutional by the federal court and, once again, LGBT couples began marrying in the state. Just days later, the Supreme Court declared Section 3 of DOMA (Defense of Marriage Act) to be unconstitutional, citing it as "a deprivation of the liberty of the person protected by the Fifth Amendment." Pictured here, now California Senator Kamala Harris officiates the marriage of Sandra Stier (left) and Kris Perry (right) later that month. (Photo courtesy of Russel Yip via SFGate) 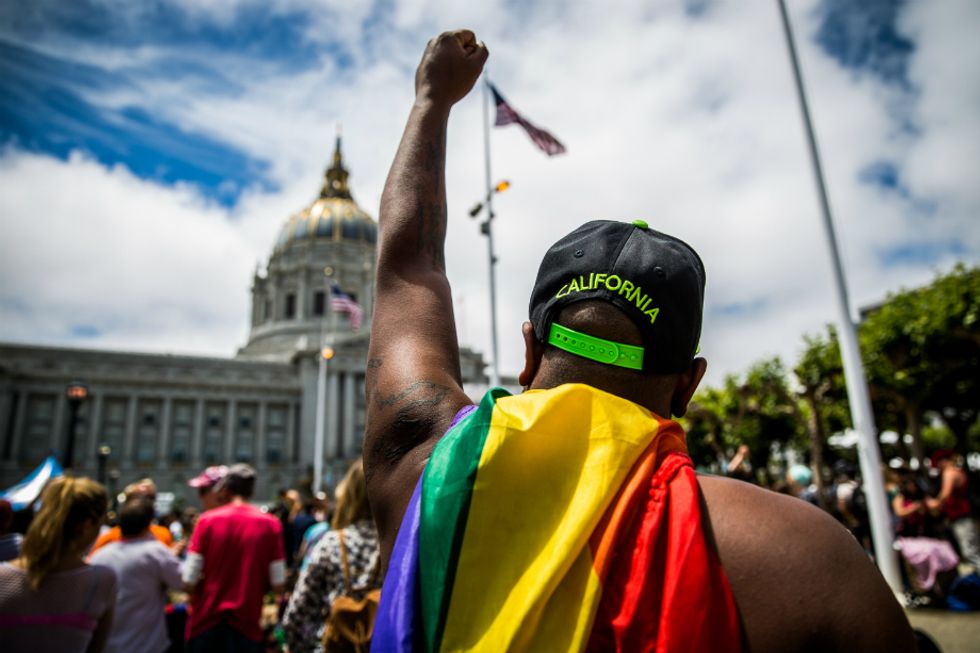 Marriage equality becomes the law of the land on June 26th, 2015. (Photo via The Romper) 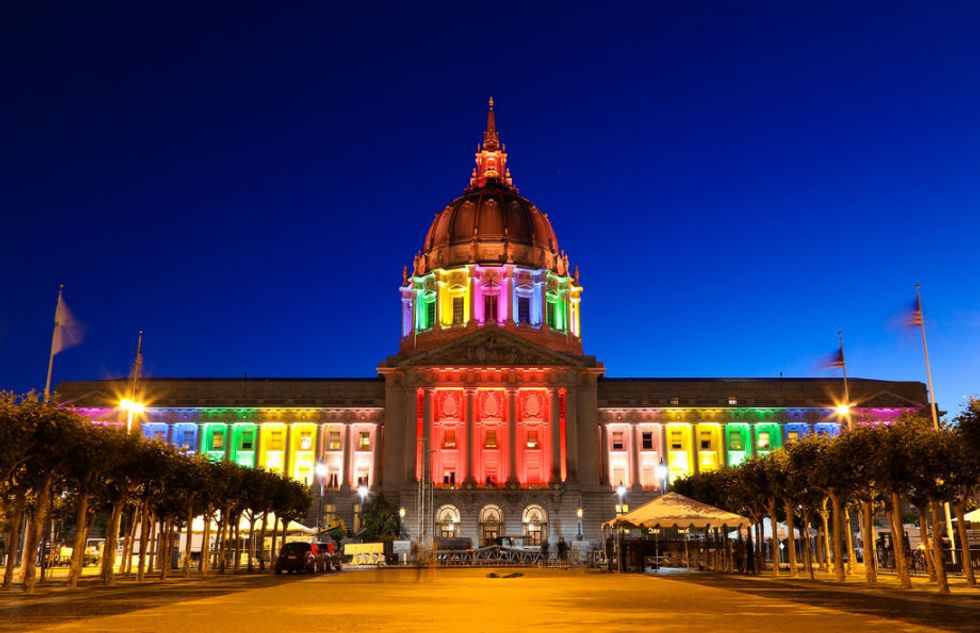 SF Pride will be held this year June 24-25, so get out there and celebrate everything that's hella fabulous about the gay capital of the world. Festivities kick off with the Rainbow Light ceremony at City Hall on Sunday, June 19th, at 8pm. (Photo courtesy Joe Parks via noznoznoz.com)