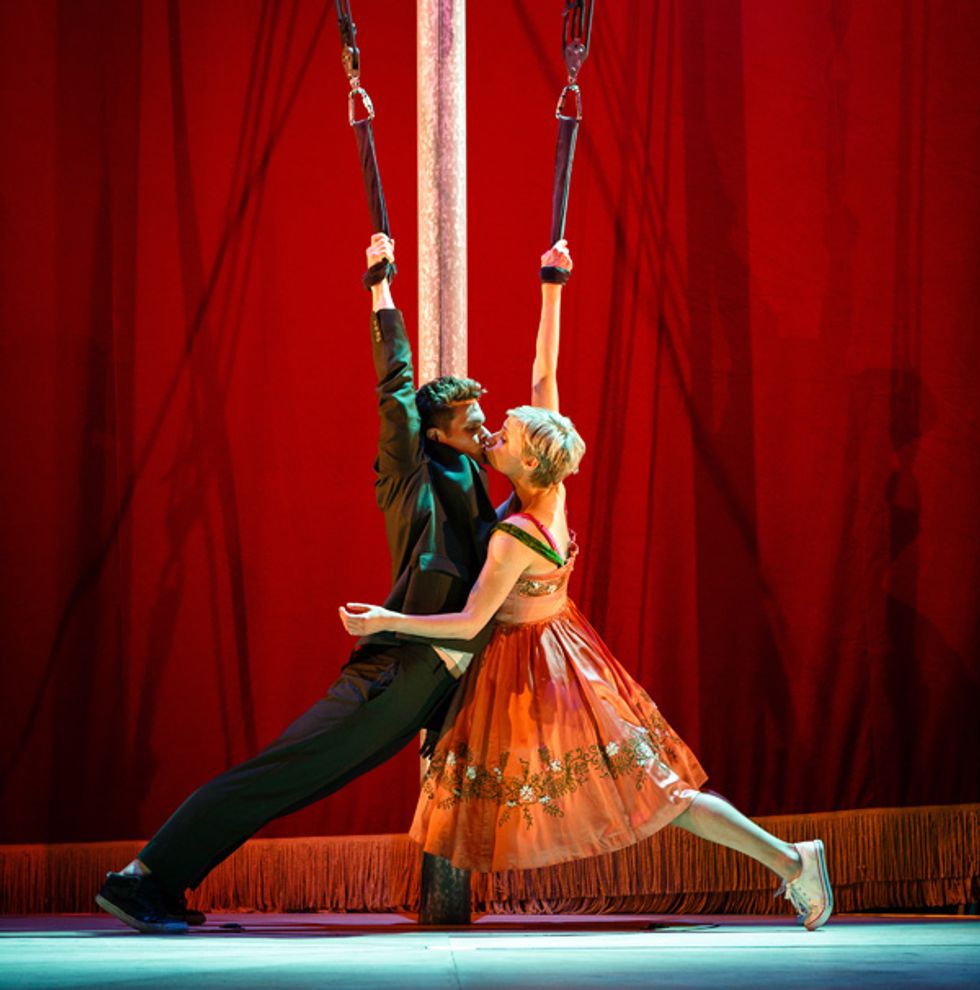 It's a time of year for dinner dates and holiday gifts and roaming Union Square amid the bustle, so you may want to consider a couple of options for some December theater-going.

Splurge: Book of Mormon at the Orpheum

The hottest ticket in town, through January, will be the second touring company of the Tony Award winning Best Musical, The Book of Mormon. It's by the South Park guys, Trey Parker and Matt Stone, with the help of Avenue Q's Robert Lopez, and it's a wildly vulger, intensely funny satire of the Mormon religion while at the same time functioning as an inspiring, old-fashioned, feel-good musical that celebrates faith in all its forms. You have to see it to understand. The remaining tickets for the run are going to be pretty pricey, so this would make a swell gift for any theater lover. But for those on a budget, there's a daily lottery starting two and a half hours before each performance in which you might land front-row seats for $29. See more info here.

From December 6 to December 28 A.C.T. is doing their annual production of Dickens' A Christmas Carol, as adapted by Carey Perloff and directed by A.C.T. associate artist Domenique Lozano. Bay Area stage veteran James Carpenter will be reprising the role of Ebenezer Scrooge for the eighth time this year, and if you have some kids or friends' kids in town, it's sure to be a well styled and polished production of the classic story. Get tickets here, and take note that they're already selling out.

Berkeley Repertory Theater has formed a long-term partnership with Britain's brilliant Kneehigh Theatre's following on the success of their 2011 production of The Wild Bride, which was reprised in Berkeley in 2012 (not to mention their acclaimed Brief Encounter which played at A.C.T. in 2009). The group is back with their latest, a romantic, funny and beautifully choreographed version of the ancient tale of doomed romance, Tristan & Yseault, or Tristan and Isolde. This production, directed by Emma Rice, features a stellar cast of performers, all of whom play multiple roles in addition to playing instruments, dancing, and singing, and the story is told through the lens of mid-century lounge music, ingenious staging, and buoyant humor. It will burst open the heart of any theater snob, and is sure to impress. Get tickets here.