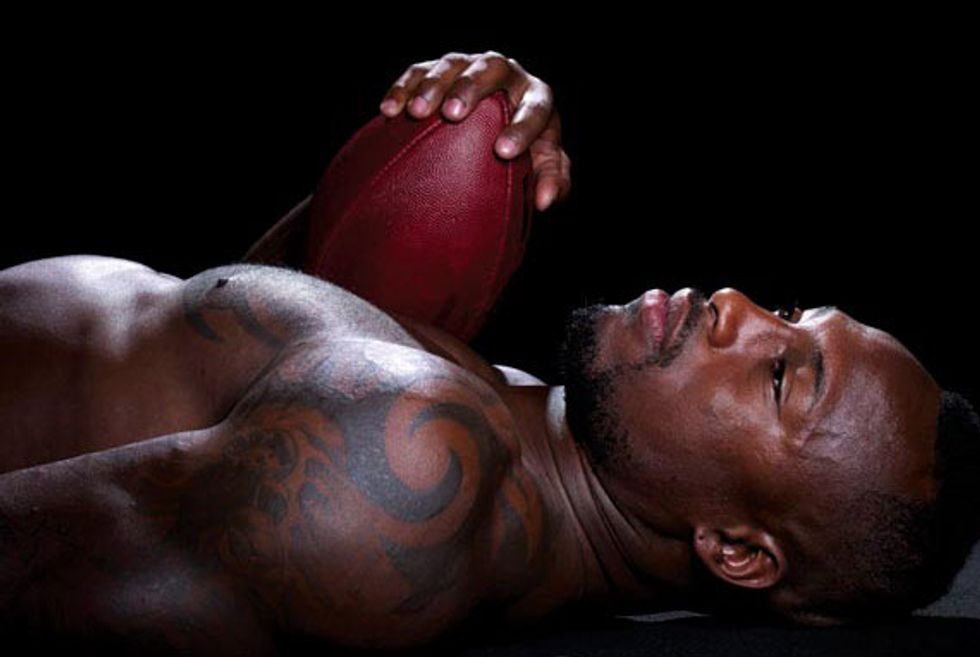 Think of Vernon Davis as just a football player, and you’re selling him short. The 49ers star tight end is known as a renaissance man—the result of trying to stay out of trouble when he was younger. Long before he was selected for this year’s all-star Pro Bowl, he was fraternizing with wayward locals in Washington D.C., where he grew up. “The only way to change was to get involved in things those guys weren’t doing,” says Davis, who dove into extracurricular pursuits from football and basketball to dance team and drama class. “You didn’t see many troublemakers in choir.”

During his sophomore year at the University of Maryland, he changed majors from criminal justice to studio arts, his passion. “Once I got into college, I felt free,” Davis says.  “It didn’t matter what anyone had to say about me.”

He continues to live by those words. His art now lines his living room walls—anger and love, he explains, are his most regular muses. Davis has also dabbled in the sport of curling, acting as honorary captain of the U.S. men’s Olympic team this past year, and interned for Organic, a New York fashion label. The 250-pounder has no issue sporting a “murse” (man purse) or a blazer made from Godiva chocolate wrappers, which Bay Area designer Charlotte Kruk created for him to wear after a game a few years back.  “That’s just the lane I’m in—separate from everyone else,” he told Honey magazine about this getup. Davis’ performance on the field—his 13 touchdowns last year tied the NFL season record for a receiver—would suggest that he sees football as a long-term career. “Nah,” he says.  “I want to be an actor.”