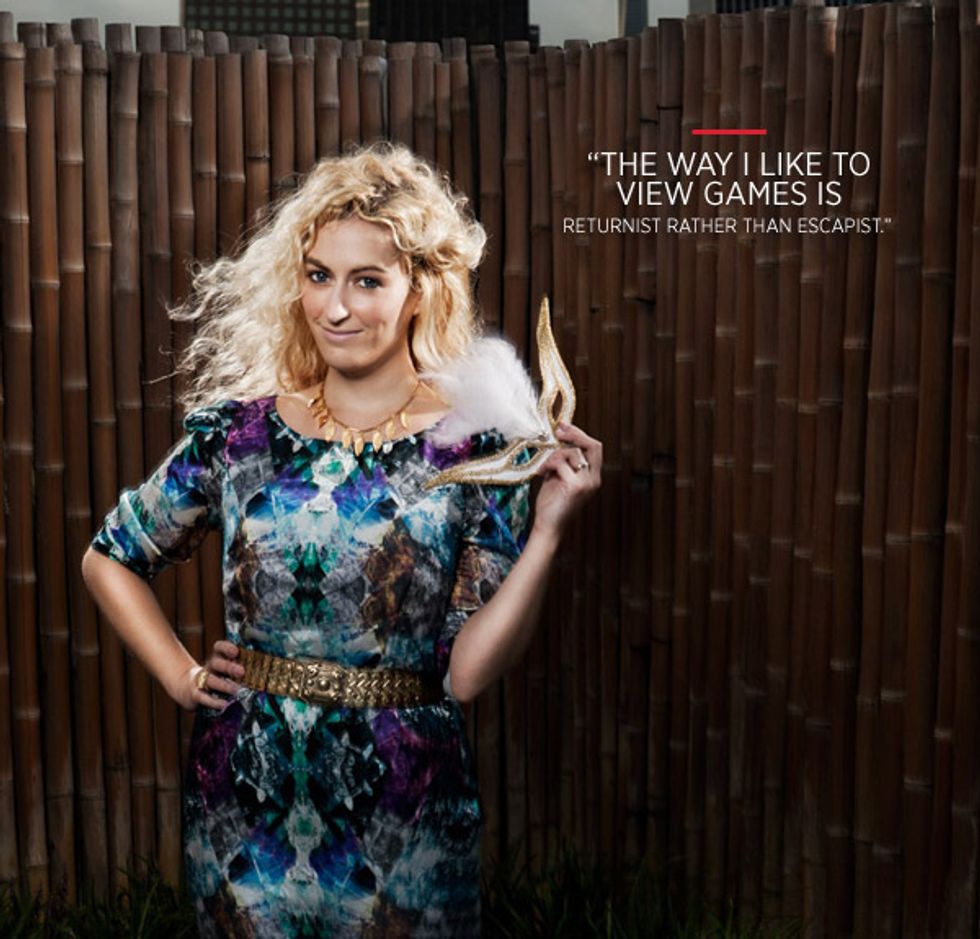 
Photographed by Chad Riley at The Paramount

In 2008, game designer Jane McGonigal gave the annual rant at the Game Developer’s Conference, proclaiming reality fundamentally broken. Real life, she argued, often feels less rewarding than alternate game worlds. If numbers are any indication, she’s right: Gaming is projected to be a whopping $68 billion industry in 2012. In her New York Times bestselling book Reality Is Broken released earlier this year, McGonigal argues that games can help strengthen real-life social bonds, boost productivity, and improve confidence and health. McGonigal writes from personal experience: In the summer of 2009, she suffered a severe concussion, leaving her depressed, anxious, and forgetful. To help her bounce back, she created an alternate reality game called SuperBetter. She posted her health progress online, and the game spread like wildfire. People started using it to lose weight, quit smoking, and even find a new job. Now in beta, SuperBetter is part of McGonigal’s new game development company, Social Chocolate, which will soon offer games aimed at stress reduction, traumatic brain injury recovery, and obesity. Meanwhile, Ohio State University’s Medical Center is running clinical trials on SuperBetter. “The way I like to view games is returnist rather than escapist,” says McGonigal. “After playing, you can return to real life with a different set of emotions that can be a springboard for your goals.”