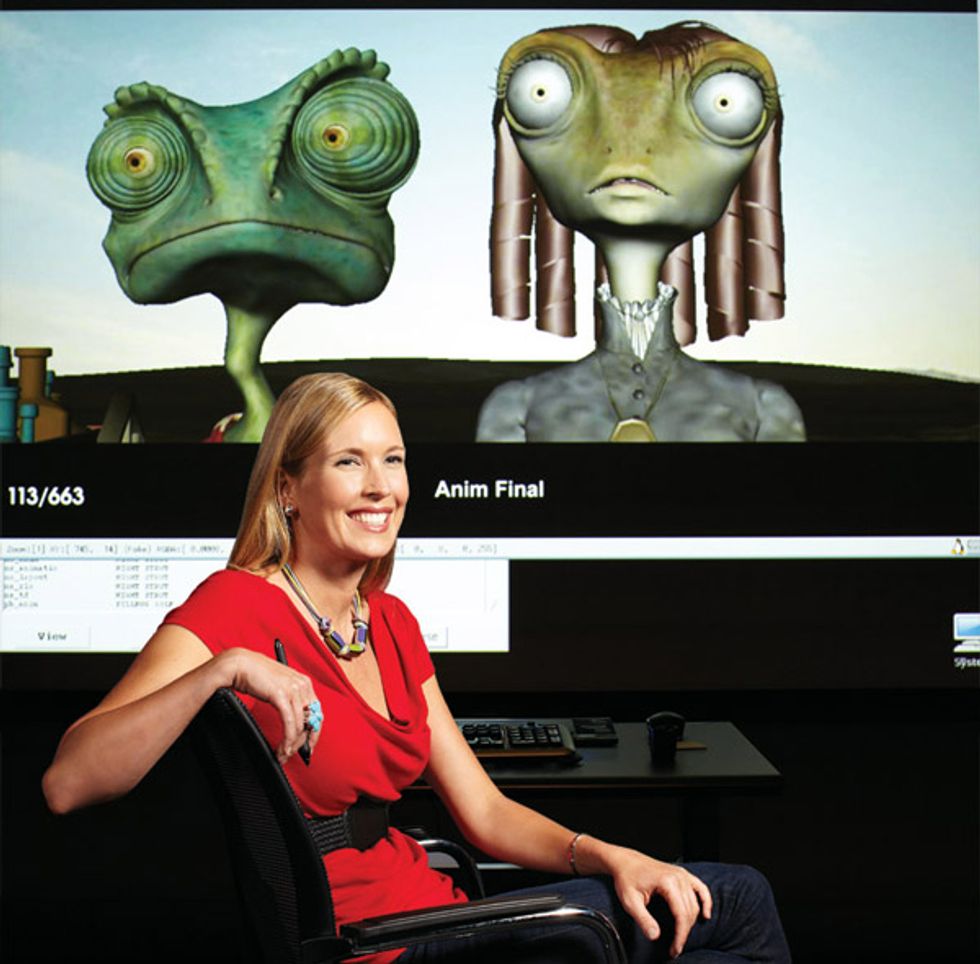 Industrial Light and Magic animator Maia Kayser could double as a starlet, but she prefers to make her mark behind the scenes at George Lucas’ studio in the Presidio. The artist grew up in Germany and Argentina, finished university in the U.S., and upon graduating, was hired as an apprentice at ILM. Ten years later, she’s worked on 18 films, including Star Wars Episodes II and III, Pirates of the Caribbean, and Iron Man. But it’s her most recent role as a lead animator in ILM’s first animated feature, Rango, that’s got everyone talking. “It’s probably one of the best projects I’ve worked on,” she says. “We often acted scenes out together in the office. It’s entertaining, and you really capture emotion through performance, which is what animation is all about. We produced something unique and gave a whole new look to animated features.” Not surprisingly, rumors of an Oscar abound. Up next for Kayser is ILM’s film adaptation of the classic Battleship board game, due out next May, but mum’s the word on this project. You know what they say: Loose lips sink ships.