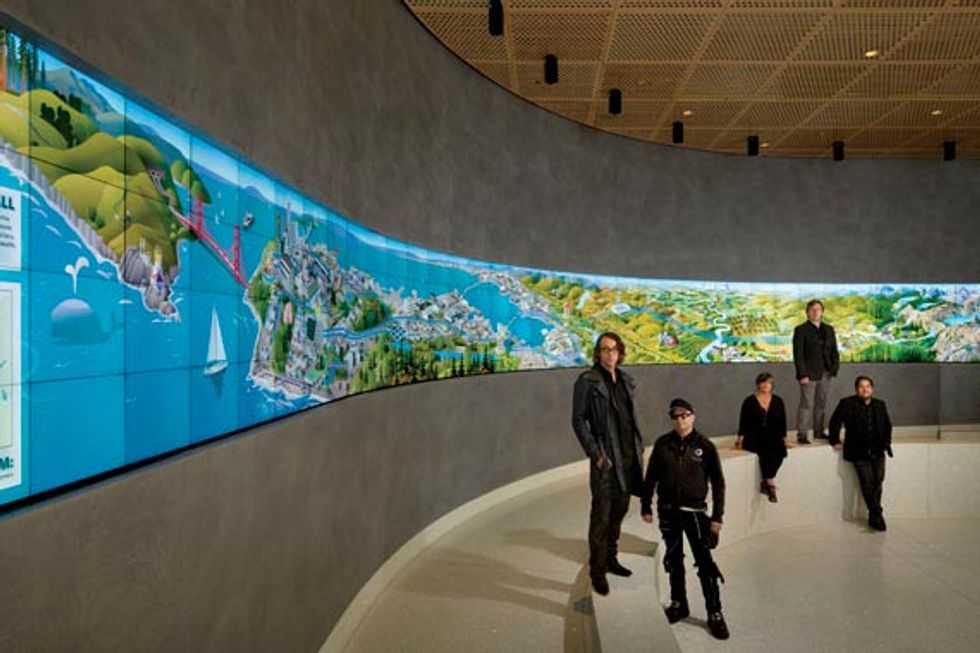 On an unassuming street in Dogpatch, the presence of a colossal interactive design studio seems ambitious. But for Obscura Digital, an enclave of 60 innovators specializing in interactive design and physical interface software, an appetite for greatness is just part of the job.

Founded in 2000 by Travis Threlkel and Chris Lejeune, Obscura specializes in an art form that can only be described as brilliant. Anyone who’s seen video of the group’s elaborate projections, like animated 3-D paintings, onto such amazing architectural forms as the Sydney Opera House and Abu Dahbi’s Grand Mosque can attest: lights fantastic. According to creative director Marta Salas-Porras, the company’s task is to “look at something completely impossible and then find ways to accomplish it.”

Obscura’s mesmerizing achievements have also been seen here at home. These are the guys behind projections at SFMOMA’s Buckminster Fuller exhibit this past spring, on the Westfield San Francisco Centre dome, and most recently, in the lobby of the new LEED-platinum Public Utilities Commission Building.

Among the $201 million PUC building’s many jaw-dropping amenities are thirteen ultramodern stories, a wind-energy wing with four turbines, a gray-water recycling system, and a “solar chimney” ventilation system. At its entry, the 58-foot curved Digital Arts Wall glitters with a resolution 24,000 pixels wide.

With four interactive experiences blending motion responsive visuals, sound effects, and real-time news, the permanent installation acts as a virtual dashboard for the building. “It’s a beautiful thing to see a cross-generational piece of art that speaks to people and allows them to really see what their Utilities [Commission] does for them,” says Salas-Porras.

When asked about upcoming projects, Obscura’s top creatives remain obscure: “We’re about to do some shit that’s going to blow everyone away,” says Threlkel. Until then, you might consider heading to the PUC to pay your water bill in person.