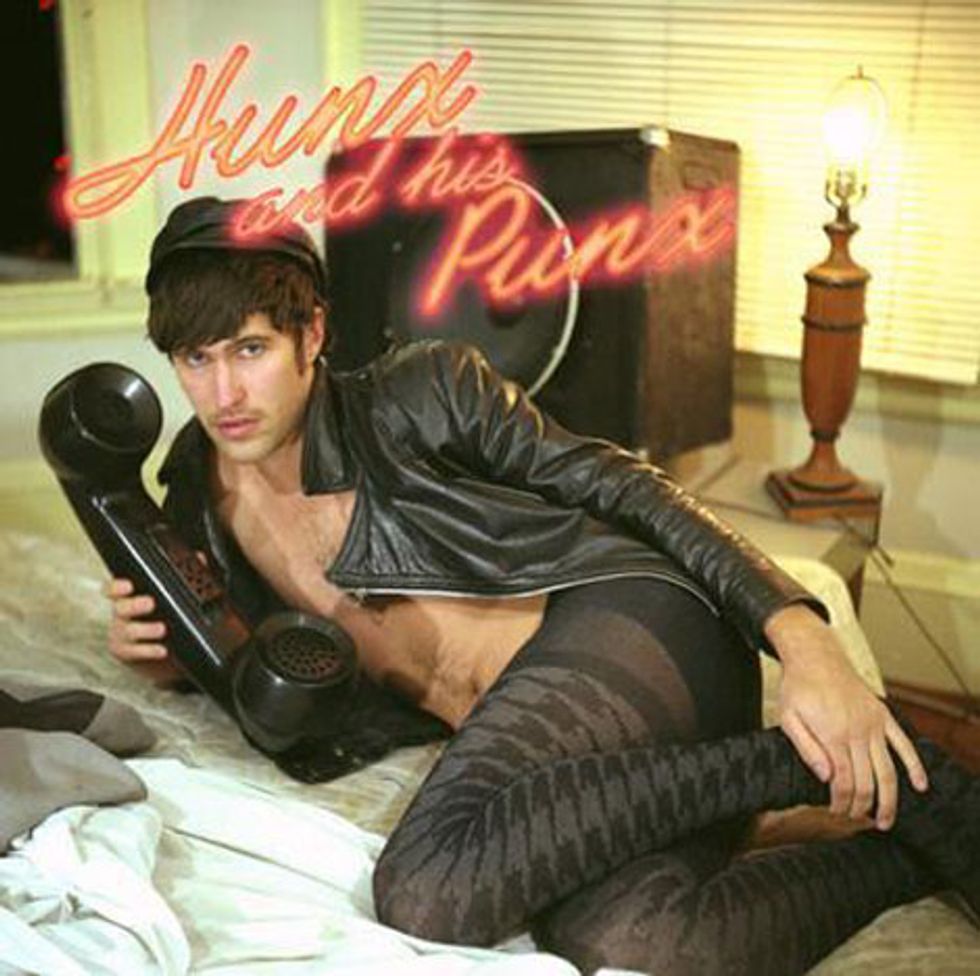 There are big things afoot for local musician and trash star Seth Bogart, better known to those on the scene as the flamboyant Hunx, of Hunx & His Punx. He wears his forever-lovelorn heart on his sleeve for the band's debut album Too Young To Be In Love (Hardly Art), which drops in late March and features his ragged and innocent Brill Building-esque garage pop tunes about cruising for guys, stolen kisses on lovers' lane (listen to the LP's Shangri-Las-influenced first single here), and of course, heartache. Hunx is taking it all on the road for this year's SXSW and then around the country for his first-ever headlining tour.

Backed by a slew of accomplished local musicians, such as Shannon Shaw of Shannon & the Clams, Erin Emslie on drums, guitarist Michelle Santamaria and organist Amy Blaustein, Hunx & His Punx is the first-ever girl group led by a man whose only dream in life is to sound like a girl. But their sticky-sweet repertoire disguises some dark undertones, such as the final track on Too Young To Be In Love, "Blow Me Away", which, if you're not judging a book by its cover so to speak, is actually an ode to Hunx's father, who killed himself when Hunx was a teenager.

Hunx, who also owns the Oakland vintage shop & hair salon Down At Lulu's, also plays Noise Pop, opening for Best Coast and Wavves, before he graces the rest of the nation with his charming, funny stage show.

Catch the band's CD release party on April 2nd at Bottom of the Hill, at 10 pm. Tickets here.