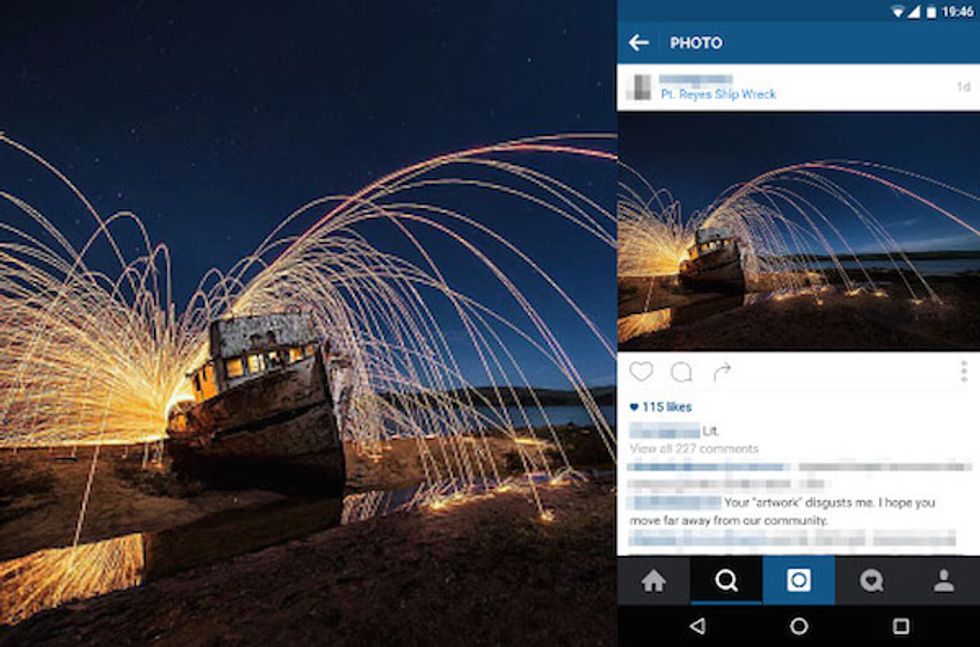 In another case of "why we can't have nice things," the iconic shipwrecked fishing boat in Point Reyes— we're sure you recognize it from Instagram—was severely damaged by a fire on Tuesday morning, likely due to the shot of an unidentified amateur photographer.

The beloved local landmark was engulfed in flames at 1:30am. The Marin Independent Journal is reporting that it was likely caused by a photographer’s long-exposure light-painting photo involving sparks from burning steel wool. The shot, which has since been deleted, featured the same boat (pre-fire), and was posted the same night of the blaze.

By the time the fire department was called to the scene, the entire stern of the boat had been destroyed.

Fire Chief Jim Fox told the Marin Independent Journal that no further action will be taken to identify the culprit, stating, "We won’t investigate something when there’s no evidence of a crime or actual damage."

Many locals have taken to Instagram to show their sorrow at the ship's demise, by posting photos of the once-gorgeous ship.

Continue the love by tagging your best photos of the Point Reyes shipwreck with #7x7SundayBest. Lest we forget this brave vessel.