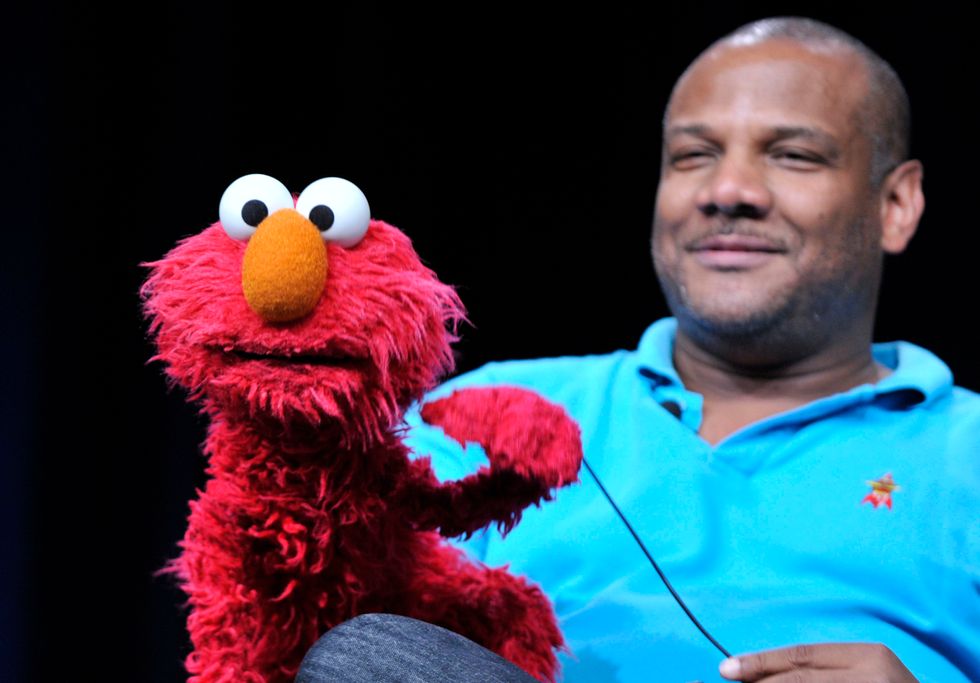 While Pedro Almodóvar celebrates his long-delayed reunion with Antonio Banderas in the twisted new thriller The Skin I Live In, opening this weekend at the Embarcadero, SF IndieFest's 10th Documentary Festival enters its second week at the Roxie Theater, with a mostly all-new lineup of features from some of the world's most daring nonfiction filmmakers. Here's a sampling of the festival's best.

1. Being Elmo: A Puppeteer's Journey
Where:Roxie Theater, 3117 16th St., 415-863-1087
When: Oct. 22, 25
Why: Winner of the Special Jury Prize at this year's Sundance Film Festival, Constance Marks and Philip Shane's moving documentary reveals the puppeteer behind Sesame Street's latest international icon, Elmo. As a boy, creator Kevin Clash aspired to work alongside his idol, Muppet master Jim Henson; Clash (whose other characters include Baby Sinclair, Clifford and Hoots the Owl) went on to enjoy success beyond his most audacious fantasies, but not without compromising his duties as a husband and father.

2. Oil City Confidential
Where:Roxie Theater, 3117 16th St., 415-863-1087
When: Oct. 21, 24
Why: Julien Temple (The Filth and the Fury, Joe Strummer: The Future is Unwritten) concludes his punk-rock trilogy with the story of Dr. Feelgood, four men in cheap suits who crashed out of Canvey Island in the early '70s, sandpapered the face of rock 'n' roll, and left ruin in their path. Taking London by storm, they sped through Europe and conquered the UK before imploding just as punk was born and America beckoned. Featuring contributions from members of The Clash, Blondie and The Sex Pistols, Confidential recounts the fascinating legend of the greatest pub band in the world.

4. Scenes of a Crime
Where:Roxie Theater, 3117 16th St., 415-863-1087
When: Oct. 22,24
Why: Crime reviews the case of Adrian Thomas, a man arrested on suspicion of killing his infant son. Taken to a Troy, New York, police station and interrogated mercilessly for 10 hours, Thomas eventually confessed – after repeatedly declaring his innocence, a claim supported by medical evidence. Using the actual interrogation video as its anchor, directors Blue Hadaegh and Grover Babcock (A Certain Kind of Death) explore false confessions and the controversial tactics used to obtain them.

5. Ecstasy of Order: The Tetris Masters
Where:Roxie Theater, 3117 16th St., 415-863-1087
When: Oct. 23, 25, 26
Why: Tetris. We've all played it, rotating the pieces and locking them into place, or despairing as we compound one mistake with the next. But who among us has mastered the game? Where are the Kasparovs and Fischers, the champions dedicated to solving its deepest puzzles? One man has made it his mission to find them: Robin Mihara, who summoned America's greatest to compete in Los Angeles at the 2010 Classic Tetris World Championship. Director Adam Cornelius captures the results in his fascinating follow-up to 2008's People Who Do Noise.

6. Back to the Garden
Where:Roxie Theater, 3117 16th St., 415-863-1087
When: Oct. 23
Why: In 1988, Kevin Tomlinson interviewed a group of back-to-the-land hippies living off the grid, proudly isolated from mainstream culture. Eight years later, for his directorial debut, he investigated what became of their utopian plans. The result is a time-lapse narrative, told with stories of freedom in the absence of cash, unflinching political activism, and nonconforming tribal families – including the kids, who wonder today if the “free love” was really free.

7. Adventures in Plymptoons!
Where:Roxie Theater, 3117 16th St., 415-863-1087
When: Oct. 23
Why: Alexia Anastasio's documentary about perennial IndieFest favorite Bill Plympton follows his path from Portland, where he spent his childhood drawing indoors, to a self-made career as an independent animator and cartoonist. Featuring interviews with Terry Gilliam, Ralph Bakshi, Will Vinton and other luminaries of the animation field, Plymptoons! is a comprehensive portrait of a remarkable artist.