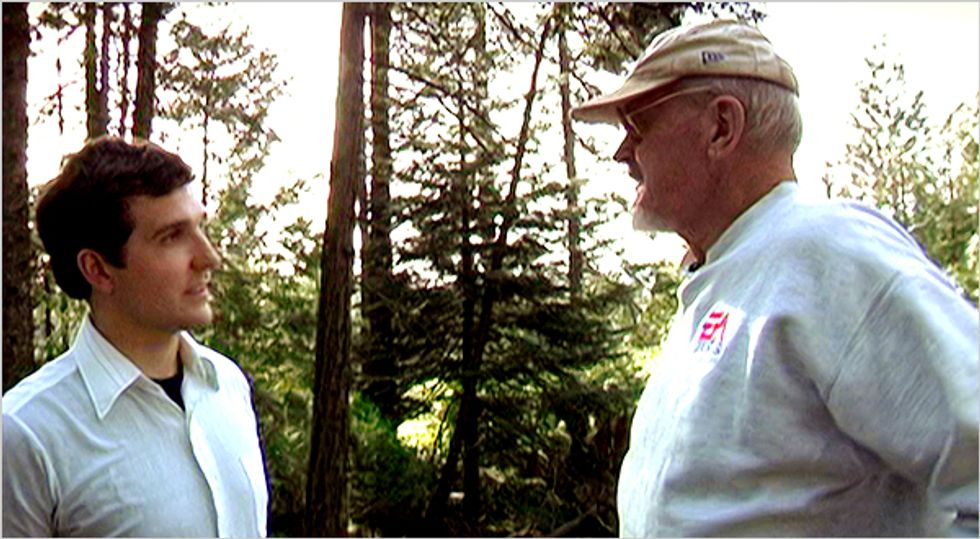 Rather than wasting your weekend's entertainment dollar on a half-baked Dinner for Schmucks or the equally unpalatable Salt – sorry, I couldn't help myself – find your way to the Lumiere to catch the sleeper hit of the summer: Winnebago Man, Steinbauer's hugely entertaining tribute to an irascibly foul-mouthed pitchman. As always, here's a list of some of the finest films currently playing at an indie theater near you.

1. Winnebago Man
Where:Lumiere Theatre, 1572 California St., 415-885-3201
When: All Week
Why: Jack Rebney (pictured, right) became a viral video star by cursing his way through a hilarious Winnebago commercial that helped doom his career as a corporate pitchman. Ben Steinbauer's equally uproarious new documentary, a favorite of Michael Moore's, seeks to reveal the man behind the Internet legend.

3. Dark House
Where:
Opera Plaza Cinema, 601 Van Ness Ave., 415-771-0183
When:
All Week
Why: Don't bother testing the foundations of Darin Scott's refreshingly old-fashioned house of horrors – just check your brain at the door and feast your eyes on the movie's goriest indulgences. Winner of the top prize at last year's Shriekfest Horror Festival and Fangoria's 2010 FrightFest Competition, House is neither for the faint of heart nor the sane of mind, but it's twisted enough to please those with a hankering for flayed flesh.

4. Jews and Baseball: An American Love Story
Where:The Roda Theatre, 2025 Addison St., Berkeley, 510-647-2949
When: Aug. 1
Why: Narrated by Dustin Hoffman, Peter Miller's documentary, a featured selection at this year's Jewish Film Festival, revisits the experiences and legacies of Jewish ballplayers in the big leagues, from Hall of Famers Hank Greenberg and Sandy Koufax to current All-Stars Ryan Braun and Kevin Youkilis. The highlight: candid observations from Koufax, the famously reclusive southpaw who won 111 games from 1962 to '66.


5. The Kids Are All Right
Where:Bridge Theatre, 3010 Geary Blvd., 415-751-3213
When: All Week
Why: In Kids – its title inspired, somewhat whimsically, by a 1979 documentary about The Who – Julianne Moore and Annette Bening play Jules and Nic, a same-sex married couple whose teenage children, both products of artificial insemination, track down their birth father. The ensuing drama, rich with sharply observed humor, rarely strikes a false note.