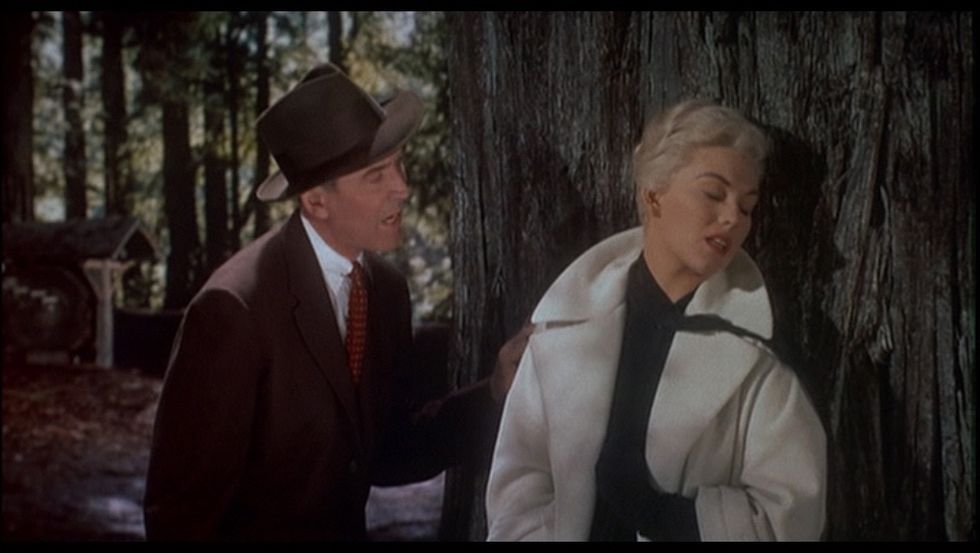 Welcome, dear friends, to the first Indie Theater Roundup ever (partially) written and published from 30,000 feet above – hold on, let me check – Michigan! Will the wonders of technology ever cease to amaze? Let us all take a moment of silence to thank Richard Branson for this thrilling innovation to modern flight, then turn our attention to the matters at hand: movies! You want 'em, and the city's indie theaters have 'em. Check these out:

2. Blonde Bombshells
Where:Castro Theatre, 429 Castro St., 415-621-6120
When: All Week
Why: The Castro celebrates all things blonde through Sept. 5 with a series of classics, long lost and otherwise, including a newly restored print of Howard Hawks' Gentlemen Prefer Blondes; How to Marry a Millionaire, Jean Negulesco's comedy about an all-star trio of gold diggers played by Marilyn Monroe, Lauren Bacall and Betty Grable; and The Burglar, starring Jane Mansfield as a small timer chasing a big score.

3. Cairo Time
Where:Embarcadero Center Cinema, 1 Embarcadero Ctr., 415-352-0835
When: All Week
Why: Winner of the Best Canadian Feature Film award at last year's Toronto Film Festival, Ruba Nadda's bittersweet romance stars Patricia Clarkson, excellent as a magazine editor who falls for a retired Egyptian police officer (Alexander Siddig, of Syriana) during an unexpected stay in Cairo. Complicating matters is her marriage to another man.

4. The Disappearance of Alice Creed
Where: Balboa Theater, 3630 Balboa St., 415-221-8184
When: All Week
Why: A kidnapping, a bizarre love triangle and a brilliantly twisted game of cat and mouse: Combine them and you've got first-time feature director J Blakeson's gritty little thriller, a winning showcase for stars Gemma Arterton, Martin Compston and Eddie Marsan, and one of the year's best films to boot.

5. Centurion
Where: Lumiere Theatre, 1572 California St., 415-885-3201
When: All Week
Why: Those seeking a history lesson would be foolish to consult the latest, bloodiest offering from Neil Marshall, whose past credits include the crudely effective Dog Soldiers (2002) and The Descent (2005). Yet Marshall, as much a storyteller as a stager of geek shows, brings enough substance to his imagining of the Roman Ninth Legion's demise to give it power beyond a few lurid thrills.

6. The Extra Man
Where:Opera Plaza Cinema, 601 Van Ness Ave., 415-771-0183
When: All Week
Why: Shari Springer Berman and Robert Pulcini’s whimsical adaptation of a 1998 Jonathan Ames novel finds Kevin Kline playing Henry Harrison, a textbook narcissist positioned just to the right of the Pope when it comes to bedroom politics. He is thoughtless, self-absorbed and yet, perhaps in spite of himself, curiously likable – a louse made delightful by Kline's sublime comic timing and irrepressible charm.

7. Winnebago Man
Where:Roxie Theater, 3117 16th St., 415-863-1087
When: All Week
Why: Jack Rebney became a viral video star by cursing his way through a hilarious Winnebago commercial that helped doom his career as a corporate pitchman. Ben Steinbauer's equally uproarious new documentary, a favorite of Michael Moore's, seeks to reveal the man behind the Internet legend.