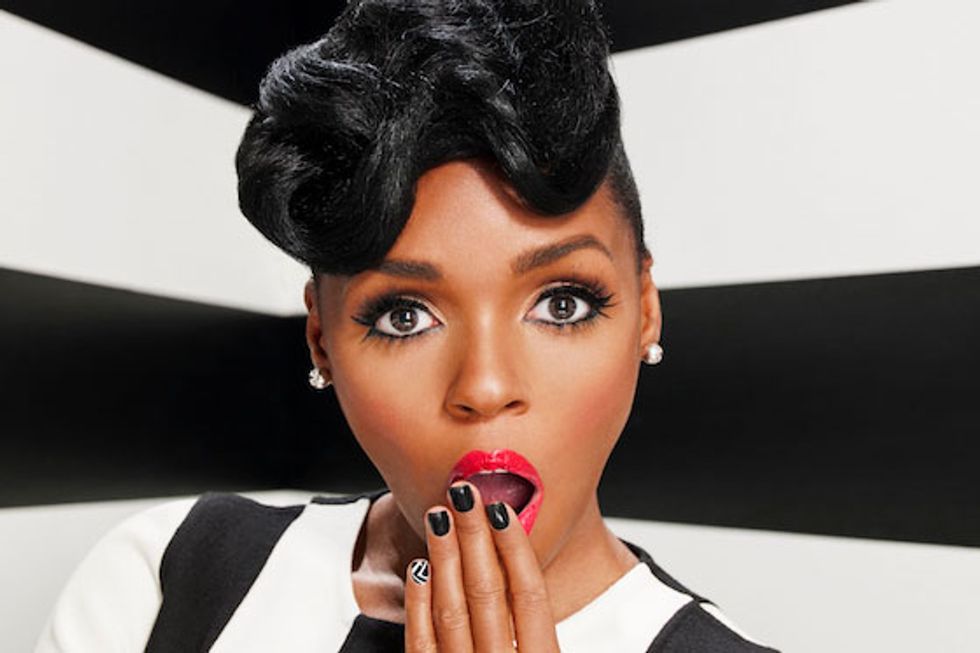 The Stern Grove Music Festival is back for its 79th year this summer, and we have the full line-up of ridiculously talented performers who will take the stage.

As always, the concert is free, so all you have to do is pack a blanket and show up to hear diverse artists such as the fresh and funky Janelle Monae all the way to the classic San Francisco Symphony. Check out the full line-up below and start adjusting your summer schedules accordingly!

Reigning master of funk George Clinton will grace the stage on June 26th. For those of you who don't know, Clinton was a major player in the 19870s R&B movement, has over 40 hit singles, and three platinum albums. If you're searching for more of a hip-hop/reggae/Latin vibe, local band Bayonics will also be performing.

Since their establishment in 1997, Hieroglyphics has consistently wowed us with their jazzy unique beats. Meanwhile, all-girl dance collective Mix'd Ingrdnts will be showing off their sick moves, which combine hip-hop, ballet, house, and break-dancing. Next up, boys club Golden Gate Breakers (who you may recognize from past Warriors games) will take the stage.

Famed conductor Edwin Outwater will lead the Symphony in three Americana selections by John Williams (a nod to the Centennial of the National Parks Service): Ferde Grofé’s Grand Canyon Suite, and Dvořák’s and symphony No. 9 in E minor, Opus 95, “From The New World.”

Seven time Grammy nominee Joan Osborne is back, and this time she's paying tribute to Motown. Enjoy her soulful rendition of "Midnight Train to Georgia," and "Ain't No Sunshine." Also performing that night is the John Brothers Piano Company, who's irresistible and quirky sound was crafted by front man and pianist John Thatcher Boomer, who used to cart his 300-pound Wurlitzer between BART stations as a street performer.

Singer, songwriter, instrumentalist, and producer Julieta Venegas has won both Latin and American Grammys for her work both as a solo artist and as a member of a highly successful group Tijuana No!. Meanwhile, Oakland-based La Misa Negra have been dropping catchy tunes since 2011.

One of the longest running companies in the United States, the San Francisco Ballet will return to the Grove to perform a variety of pieces under the guidance of renowned artistic director Helgi Tomasson.

Rock 'n' Roll Hall of Famers The O'Jays are best known for hits such as "Love Train" and "Use Ta Be My Girl." Joining them is MJ's Brass Boppers, the Bay Area's only New Orleans-style brass band.

This evening is dedicated to musical genius William Onyeabor, known for pioneering West African synth. Jamie Lidell, Money Mark, Sinkane, and more will be paying tribute to Onyearbor, while San Francisco's own Afrolicious will be performing a set of their fresh beats on the same evening.

Rounding out the final night are The New Pornographers, whose expansive career has spanned 15 years and six studio albums, and Astronauts, etc., an Oakland-based group with some kickass electronic keyboard.

// All concerts start at 2pm at Sigmund Park Grove (19th Ave and Sloat Blvd). Get there as early as possible for seating; sterngrove.org