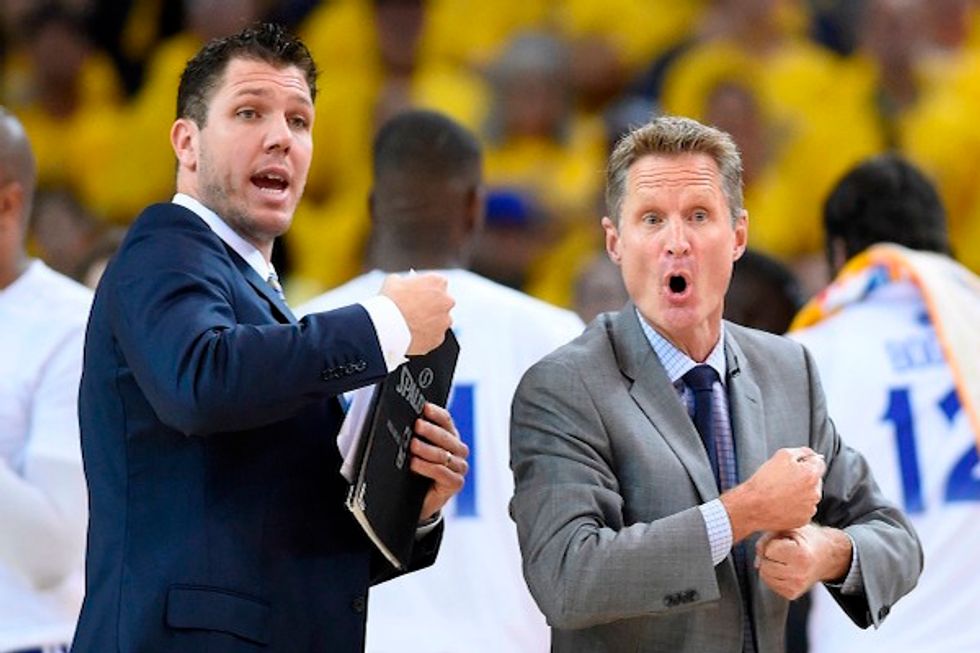 The Warriors win another award, the world is still mourning Prince, and more news from this week.

Steve Kerr of the Golden State Warriors has won the NBA's Coach of the Year award for the 2015-16 season, it was announced Tuesday. Kerr received the trophy prior to Game 5 of the Warriors' first-round series against the Houston Rockets on Wednesday night. Read more.

Prince Death: What We Know, CNN

The world is still reeling from the death of Prince Rogers Nelson, the multi-platinum-selling music legend who transcended genres as he brought the MTV generation into new realms of creativity. Read more.

Fans of Genova's Delicatessen have been anxiously waiting for a resolution that would allow the 90-year-old institution to continue operating in its Temescal location. Unfortunately, that won't be the case, as the deli has announced that it will close by the end of the month. Read more.

Amazon is ramping up the competition with other restaurant delivery services starting today by announcing that it will not mark up the menu prices of the items it offers on-demand via Prime Now Restaurant Delivery, and it will, in fact, refund customers the difference if they discover a higher price on Amazon’s service within 24 hours of placing their order. This “Price Guarantee” will roll out to all eight markets where Amazon’s restaurant delivery is available, starting with its newest city, also announced today: San Francisco. Read more.

LinkedIn Moved Into A New Skyscraper In San Francisco, And The Offices Are Unlike Anything Else We've Seen, Business Insider

(Photo by Tony Chung; via Linkedin)

For the past couple of years, a skyscraper has been slowly rising at the corner of Second and Howard streets in San Francisco's SoMa neighborhood. The entire building is being leased by LinkedIn, and everybody was calling it "the LinkedIn building." Read more.