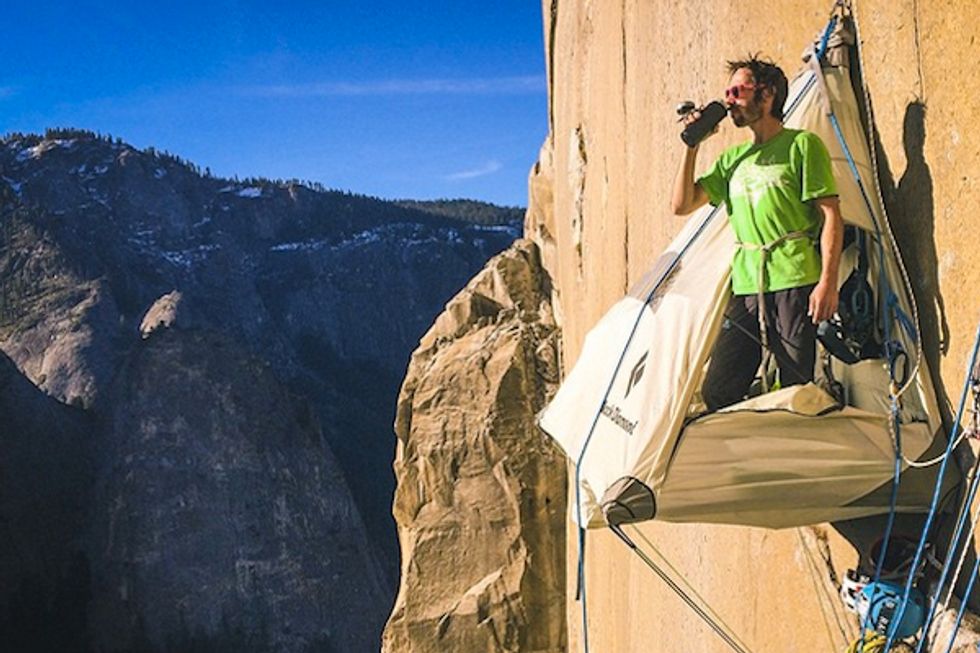 Right now, two brave climbers are in the middle of attempting to free-climb the world's steepest stretch of granite, half a mile up, in the peaks of Yosemite National Park. Professional climbers Kevin Jorgeson and Tommy Caldwell began their journey on December 27 and are the first to try to reach the summit of El Capitan's Dawn Wall in Yosemite using nothing but their hands and feet. If the two succeed to the top, they will make history by being the first to do so without any other tools but their bodies.

On the valley floor, people are cranking their necks trying to find the two black dots scaling the 3,000 foot wall. Putting their bodies and minds to the ultimate test, Jorgeson and Caldwell are more than half way to the top and are expected to finish the climb by the end of this weekend. Fingers crossed. We'll be toasting when they reach the top!

Here are some (harrowing) pics of the duo in action:

My battle with Pitch 15 continues. After 6 years of work, my #DawnWall quest comes down to sending… http://t.co/m2NxlWDqxF