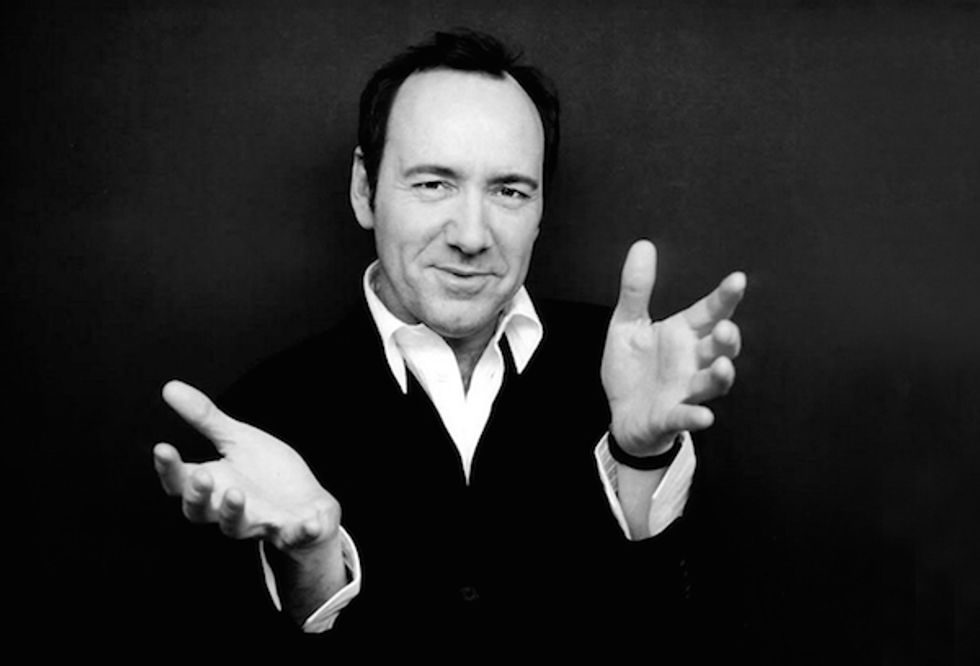 Kevin Spacey, better known to you as President Francis Underwood, will be the headlining star and entertainer at this year's Napa Valley Festival del Sole gala. Each year, a major star highlights the festival. Last year, if you recall, it was Sophia Loren. This year, they've scored a major coup with Spacey, a Tony Award and two-time Oscar winner.

Spacey will appear in concert (remember, the guy can sing as evidenced by his musical turn as crooner Bobby Darin) at the Annual Festival Gala at Meadowood Napa Valley on July 19. In addition to the cool vocal stylings of the noted thespian, guests will also dine on cuisine from Meadowood estate chef Alejandro Ayala, paired with 90+ point wines from the vaults of Diageo Chateau & Estate Wines.

Tickets are $1,000 per person ($700 tax deductible). For more information, check out festivaldelsole.org.