La Urbana Puts a Modern Spin on the Mexican Restaurant 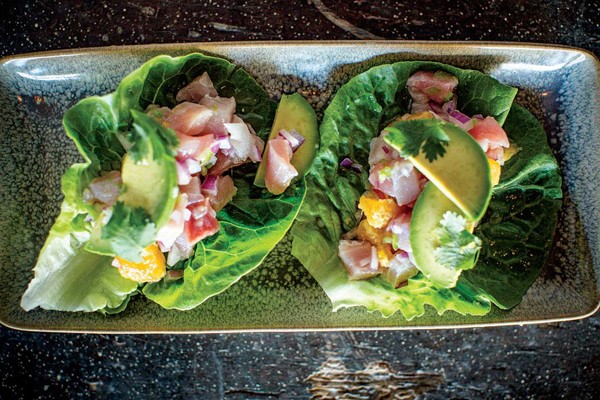 Previous Next
Served atop butter lettuce, the ceviche is an explosion of color and flavor, with garnishes of cilantro and avocado 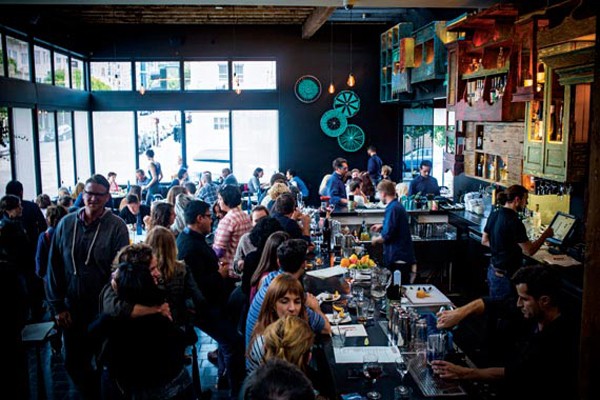 Previous Next
Salvaged, refinished wooden furniture from Mexico makes for an arresting fixture above the bar 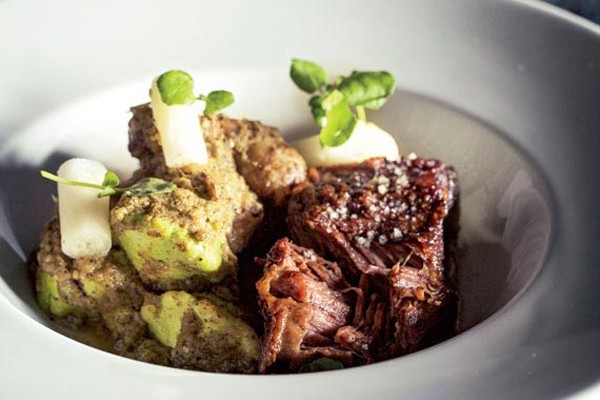 Previous Next
One of our favorite dishes, the costillas de res, is a Mexican take on short ribs 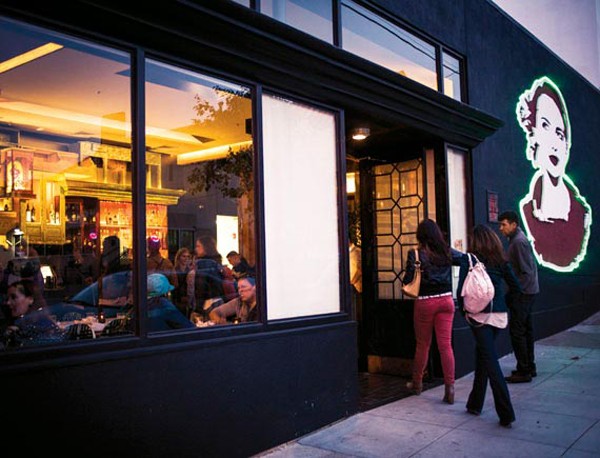 Previous Next
Mexico City architect and La Urbana partner, Juan Garduño, was enamored with this Mexican model, a muse for the space 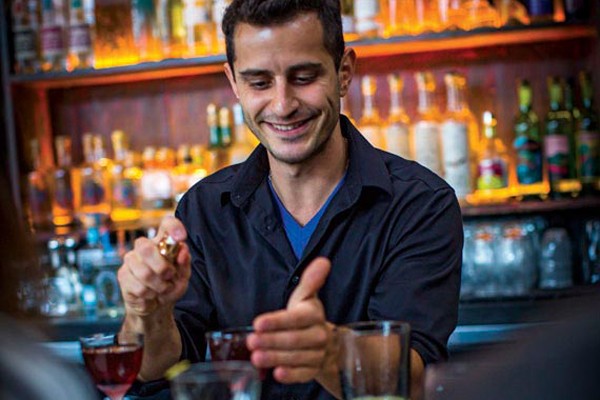 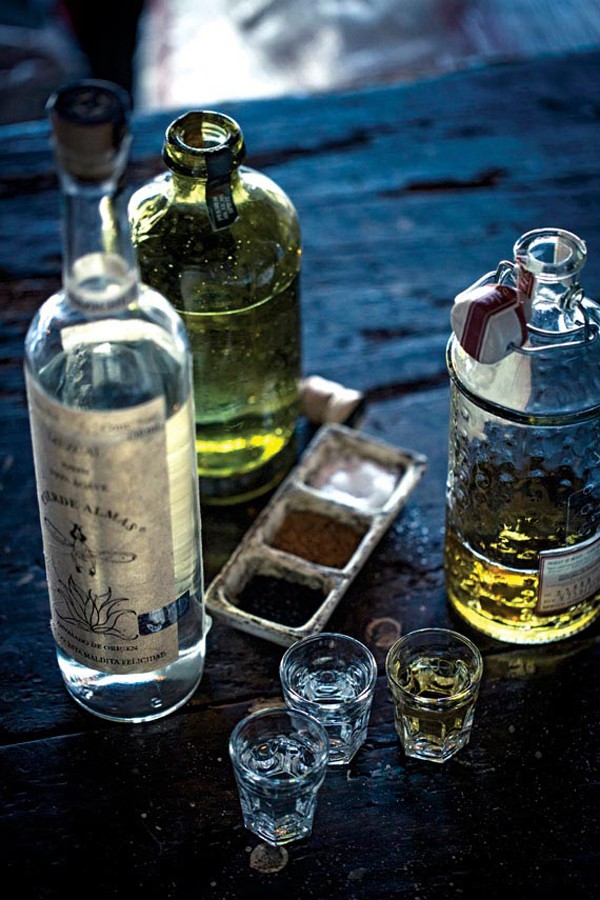 Previous Next
Mescal flights are a big draw at La Urbana, with a selection of more than 30 bottles

Chic might not be the first word that springs to mind when you think of Mexican food, which in San Francisco is often defined by Duraflame-sized burritos.

But in truth, there is more to Mexican, and perhaps none have so aggressively set out to prove this point as NoPa’s La Urbana, a modern, high-minded restaurant from Colibri owner Eduardo Rallo, Mexico City–based architect Juan Garduño, and hospitality vet Alessandra Bonisoli (Kimpton Group, Il Fornaio).

Opened in September 2013, La Urbana’s focal point is an elevated interior that departs from traditional Mexican design. Clean lines abound, with black-and-white tables atop a black tile floor and sleek Eames chairs imprinted with the face of a famous Mexican model (you’ll recognize her from the neon-rimmed mural out front). Johnny Cash tunes play in the background while NoPa hip kids and tech-employed foodinistas sip from a menu of nearly three dozen mescals and mescal-based cocktails beneath an installation of antique furniture salvaged from the Mexican countryside. If you think you dislike mescal, open up to a curated flight that just might change your mind. Contrary to popular American belief, it doesn’t all taste like tequila poured from a dirty ashtray.

Chef Benjamin Klein’s cuisine is the main draw, though, with innovative spins on everything from ceviche to surf and turf. You could make a meal just from the small plates, such as a comforting starter inspired by chorizo and eggs or the yummy duck leg huarache (a street-style food with a fried masa base shaped like a sandal) with queso fresco. But don’t miss the stellar costilla de res (braised short ribs), topped with tomatillo salsa and served with seared bone marrow and Jerusalem artichokes. No burritos here, kids.