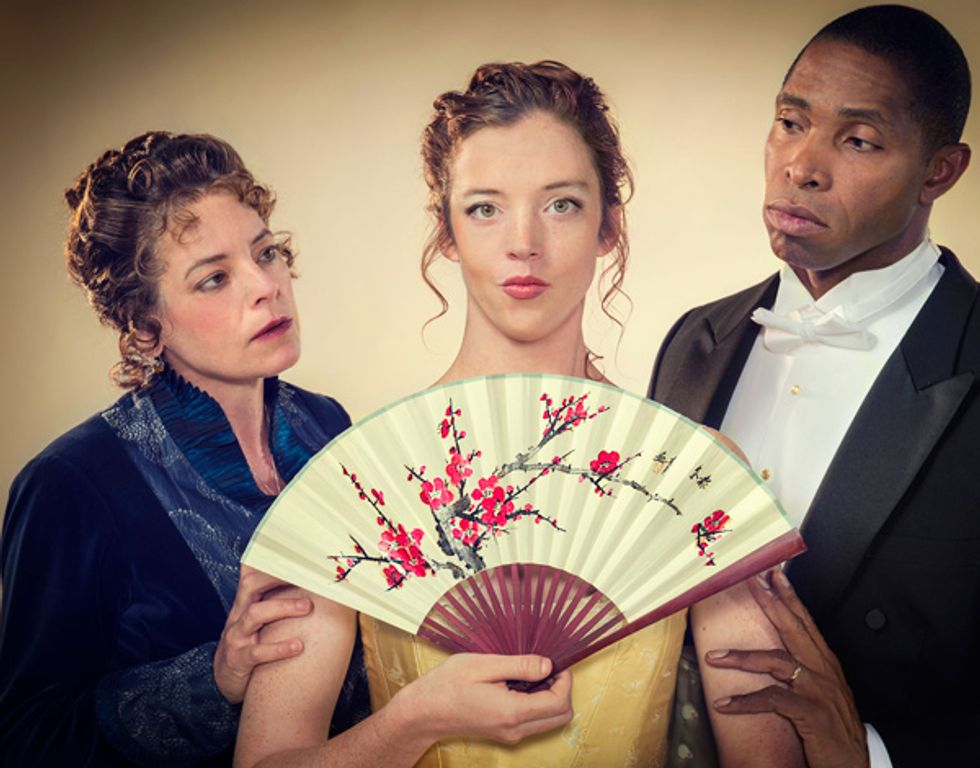 The third production of the summer season at CalShakes is getting ready for its premiere next week, and it's Oscar Wilde's classic Lady Windermere's Fan.

The Orinda-based theater company, whose artistic director is Jonathan Moscone, has become known for impressive, well curated seasons of interesting revivals of classic plays, Shakespeare works, and a few new plays each season. This season kicked off with the rollicking, stellar American Night, followed by an experimental take on Romeo & Juliet with a cast of seven, and now this production of Wilde's comedy Lady Windermere's Fan, directed by Christopher Liam Moore.

The play was Wilde's first commercially successful play, and tells the story of a woman who discovers that her husband is unfaithful, only to have him insist that she invite his mystery lover to a society event. You can expect a lot of laughs, and Wilde's signature, erudite wit throughout.

As the title character, one of the Bay Area's finer actors, Emily Kitchens, stars. She appeared in last year's production of The Tempest, Berkeley's Rep's 2011 production of Chekhov's Three Sisters, as well as mutiple shows at A.C.T., including 2011's Clybourne Park.

Other acclaimed local stage vets Stacy Ross, James Carpenter, and Nick Gabriel are featured as well, and in what's sure to be a hilarious turn–he has a habit for scene stealing in these period pieces–Danny Scheie will being playing the Duchess of Berwick, in drag.

Director Christopher Liam Moore is making his Bay Area directorial debut with this production having been a resident artist at Oregon Shakespeare Festival where he directed two plays this year, A Midsummer Night’s Dream and A Streetcar Named Desire. And some local theater fans may remember him as an actor for creating the role of "Jon," (Jonathan Moscone) in the biographical play Ghost Light that Moscone directed last year at Berkeley Rep.

Previews run August 14 to 16, and if you go on opening night, August 17, you'll be treated to a post-show party.

As always, you should bring a picnic and hang out in the grove before the show, and bring your wine and stuff in with you to the amphitheater.

CalShakes is located at 100 California Shakespeare Theater Way (formerly 100 Gateway Blvd.), in Orinda. A shuttle takes patrons to the theater from the Orinda BART stop, and there is ample parking as well.