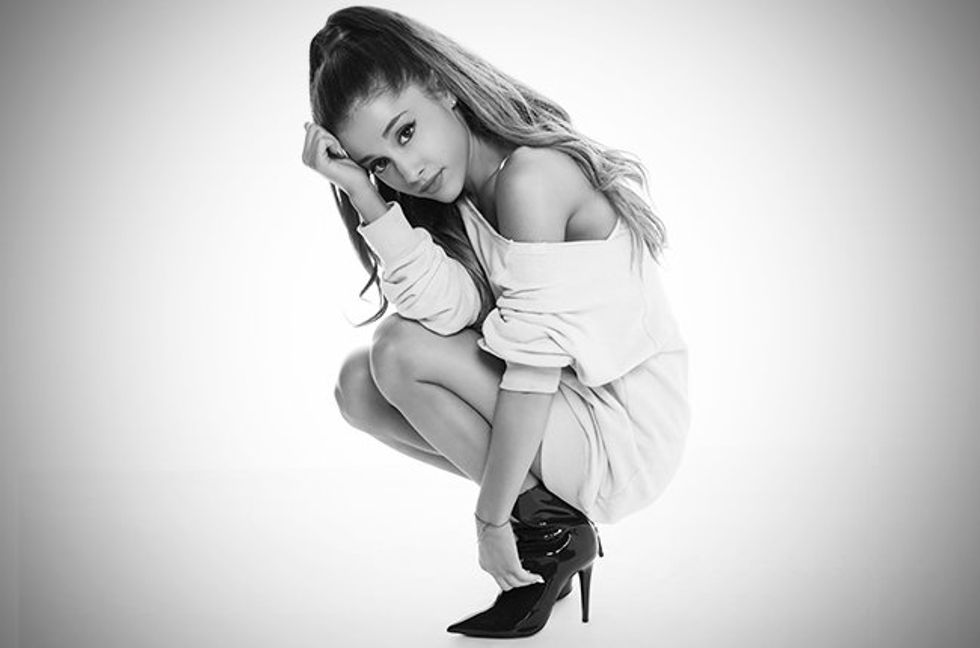 Ariana Grande’s been so busy she couldn’t even make time for the VMA’s, and apparently that's a problem for some people. The universe-famous pop star comes to Shoreline on her "Honeymoon Tour" in support of her 2015 album My Everything. She made time for us so please reciprocate.

LA punk bro Nathan Wiliams and company have a new album due out in early October called V and it's time to celebrate. The album even comes with classic, publicity-garnering record label drama! Well played, Williams.

Thursday: Blackalicious at the Fillmore

Blackalicious, aka the Gift of Gab, has been through some shiz (most notably he suffered kidney failure requiring a transplant  some three years ago), but he ain't complaining. "It changed my perspective on health and on my mentality and how I'm looking at life," Gab told Orlando Weekly last week. "I've learned to look at the blessings and to live through the blessing, rather than live through what's going on that may be hard." In that spirit, the lingual acrobat just released another album, Blackalicious' fourth, dubbed Imani. Watch him perform a new track from the album below.

Pro tip for all Beach Boys fans: watch the Beach Boys biopic, Love and Mercy, which somehow flew under the radar last year when it was released. For a band with such an easy-breezy sound, there was a shocking amount of drama behind the scenes, and the Paul Dano captures Brian Wilson's idiosyncrasy with grace and a shocking amount of authenticity.

The Mad Decent label has given life and voice and innovative support to some of the most intriguing acts in the underground electronic scene. CL and Major Lazer are among the most prominent flag-carriers for the label, and each will co-headline this exhibit of forward thinkers and movers, a noble all-for-one/one-for-all undertaking.

Saturday: Lane 8 at The Independent

California native Daniel Goldstein will henceforth be known as Lane 8 to everyone but his mother if he keeps dropping brilliance like his 2015 debut Rise. Don't be surprised if the album sneaks it's way into a few Best-of lists later this winter, or if Lane 8 becomes a regular on your favorite Spotify playlist. Check his Soundcloud for more.

Sunday: Man Man at The Independent