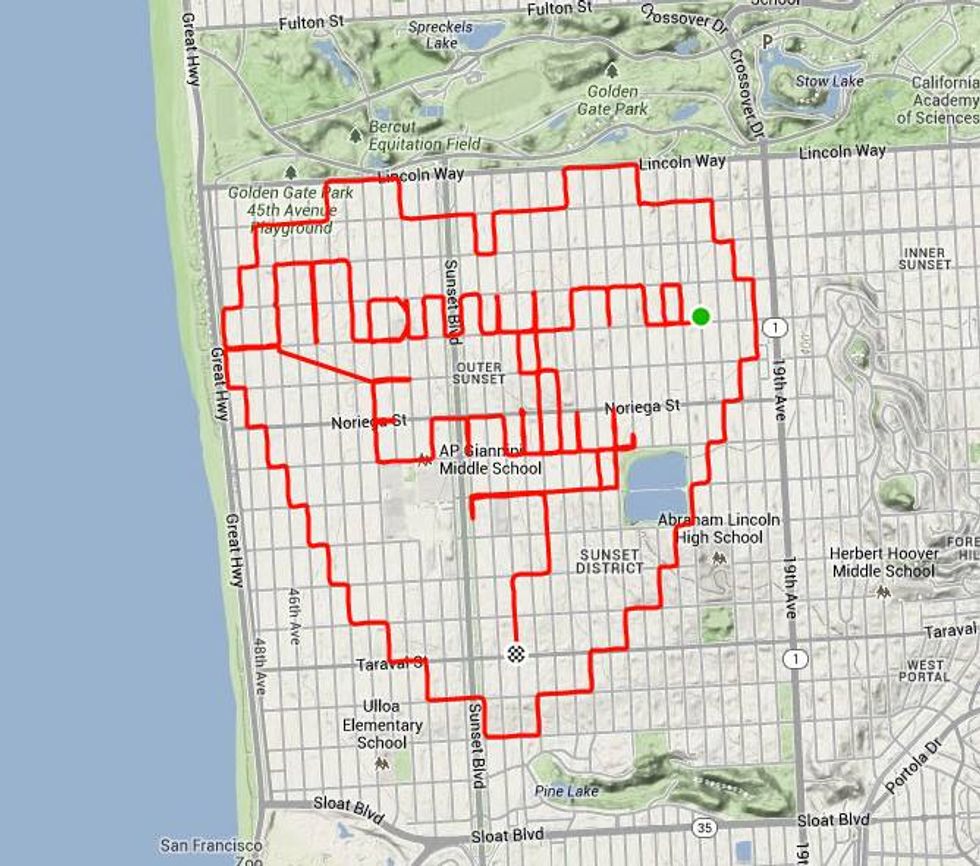 Just how many calories does it take to ask someone to marry you? Seven hundred forty nine, if you’re Murphy Mack. On Friday, Mack asked his girlfriend Emily to marry him by pedaling the proposal on his bike and gps.

Mack pedaled an 18-mile (1,371 foot gain—not bad) ride around the Sunset District, mapping out the words, “Marry me, Emily?” with his Strava account— heart and punctuation included. The hilly ride wasn’t for naught. Emily accepted, via the comments section on Strava. Her profile pic looks like she’s a serious rider, so it would have been even better if she’d said yes with her own two wheels.

Mack’s not the first one to take to Strava to spread some love. When the Giants were in the World Series, world road bike champion and local cyclist Chris Phipps pedaled a Giants logo across city. There’s a big 49ers game coming up and numbers seem pretty easy to do. We’ll keep an eye out for your hometown pride ride.