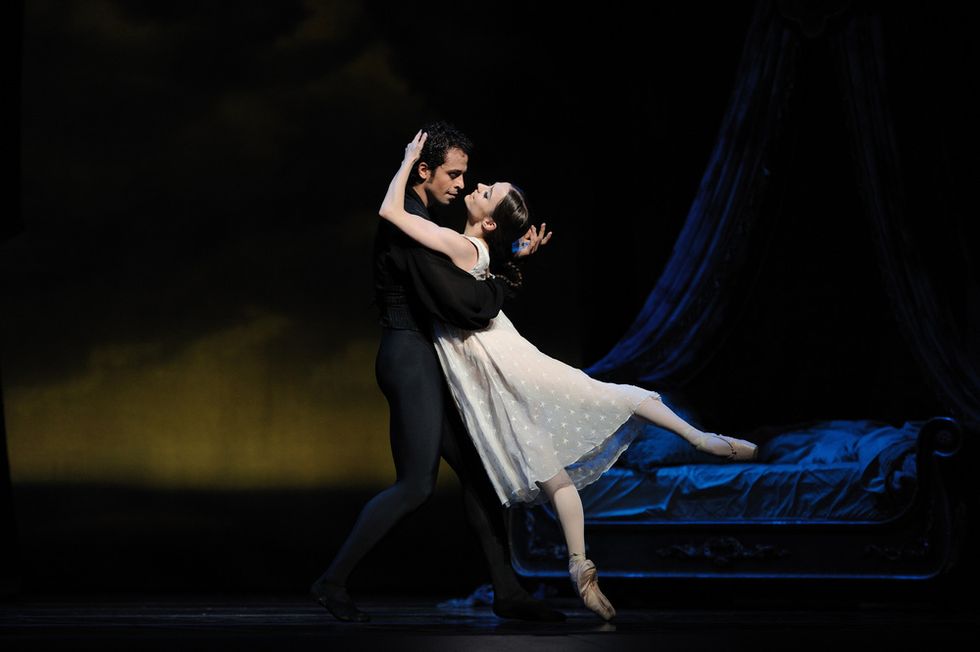 Girl falls in love with boy. He rejects her, only to change his mind years later. Complicated, yes? Onegin, the first full-length ballet of San Francisco Ballet’s 2012 season, manifests the perils of first love in a dramatic performance filled infatuation, rejection, envy, and regret.

The ballet focuses on Tatiana, a young country girl who falls foolishly in love with an elegant stranger from the big city, Onegin. At the same time, her sister, Olga, has her own budding romance with Onegin’s poet friend, Lensky (the opening duet, of which, was impressively fluid). Cocky Onegin provokes Lensky by flirting with his woman and, well, things start to get messy.

One of the most riveting scenes is the quick duel between the two men over the ladies. The poet’s anguish over the wayward eyes of his beloved makes him so distraught that it’s clear he has no intention of fighting; his intention is dying over love. Alas, jealousy is a bitch.

The last act delivers an emotional scene between the now mature Tatiana and the still single and cocky Onegin. The awkward tension is tangible, and watching his pathetic attempt to win her back after so many rejections is excruciating.

SF Ballet delivers a stunner of a performance with Onegin; from the exquisite and vibrant costumes to the dazzling set, no detail was left behind. The third act’s rising curtain revealed the corps de ballet frozen in a tree pose underneath resplendent chandeliers, a scene that drew solid applause from the audience.

If it’s any indication of what we can expect from San Francisco Ballet, the 2012 season will be an impressive one.

Onegin plays through February 3 at the War Memorial, 401 Van Ness Ave (at Grove). Get tickets here.