Freshly vacuumed Subarus and seven-speed bikes leave the city in droves on the weekends, making their forays into the Bay Area wilderness. But often overlooked is an alluring haven just an hour north of the Bay Bridge: Mare Island Heritage Preserve. 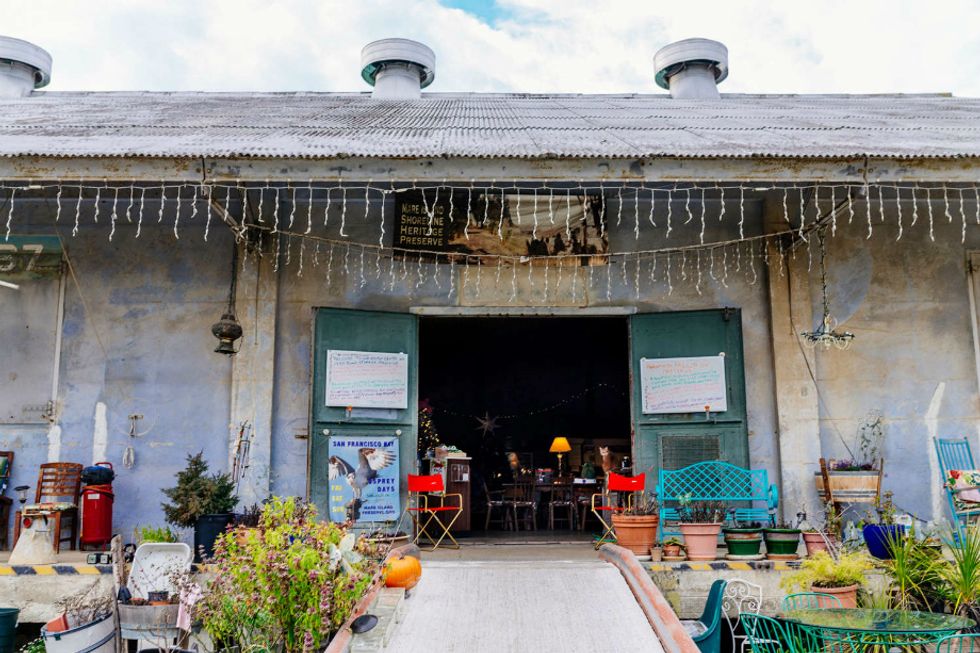 Welcome to Mare Island! We hope you enjoy your stay! 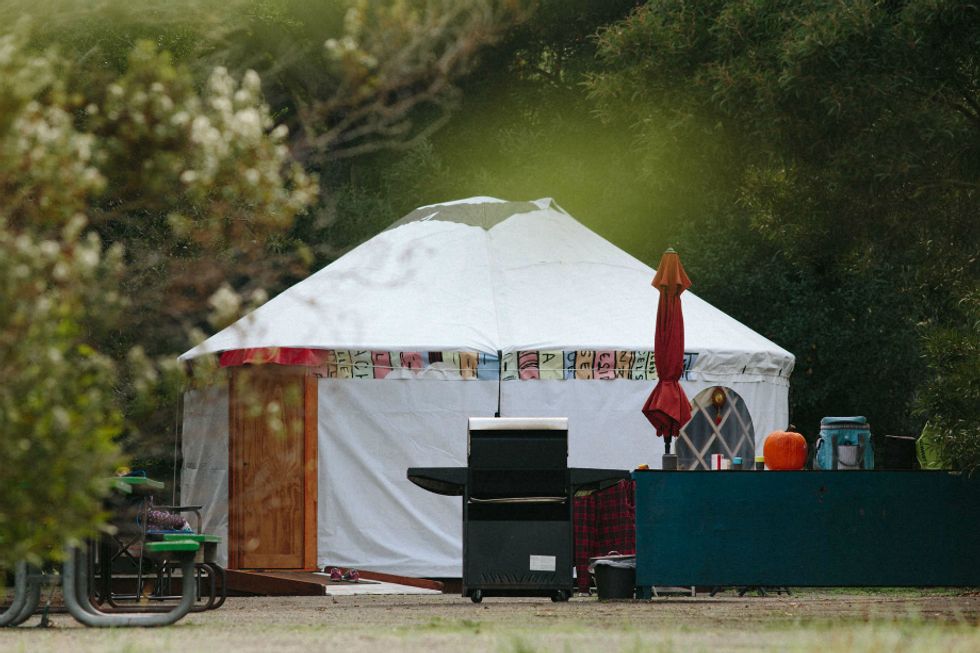 Gas-powered barbecues, picnic seating, and spellbinding views of the San Pablo Bay? Yes, yes to all the things. 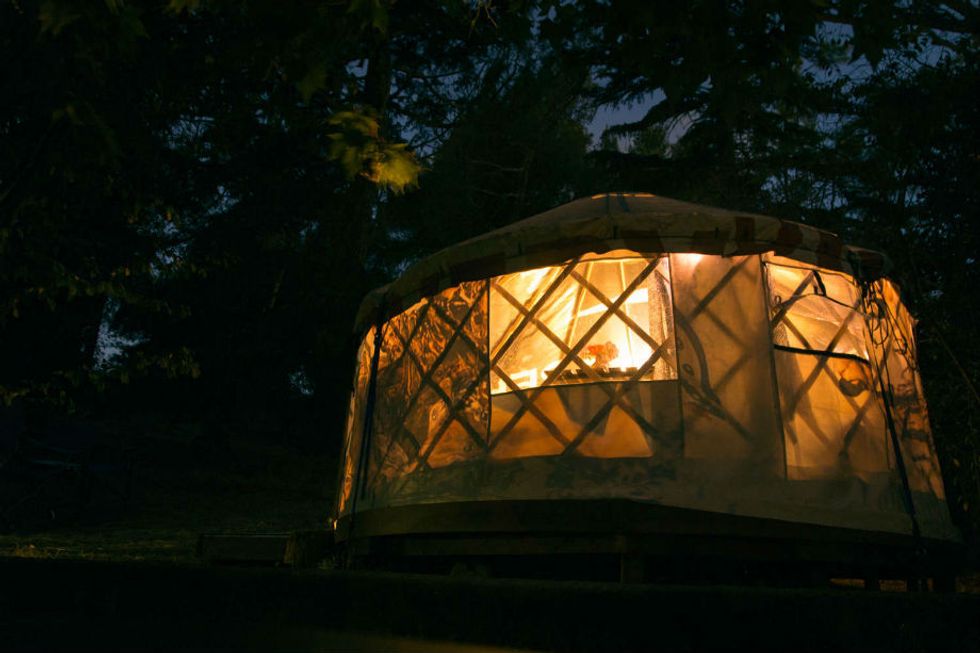 Light up the night within the bug-free confines of your glamped-out yurt. 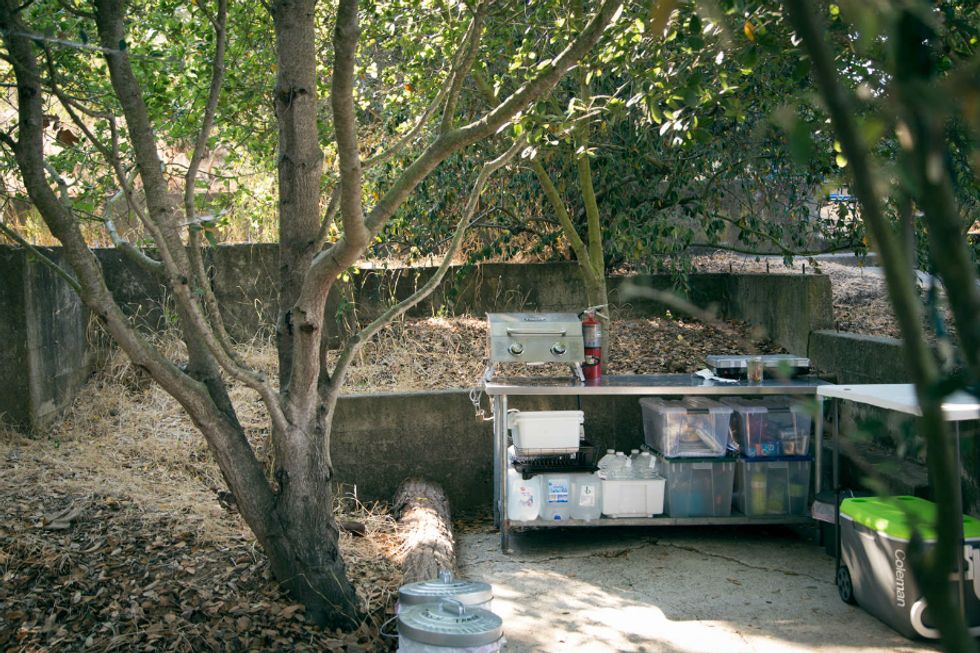 Forgot a few seasonings for your salmon? Myrna's got you covered. 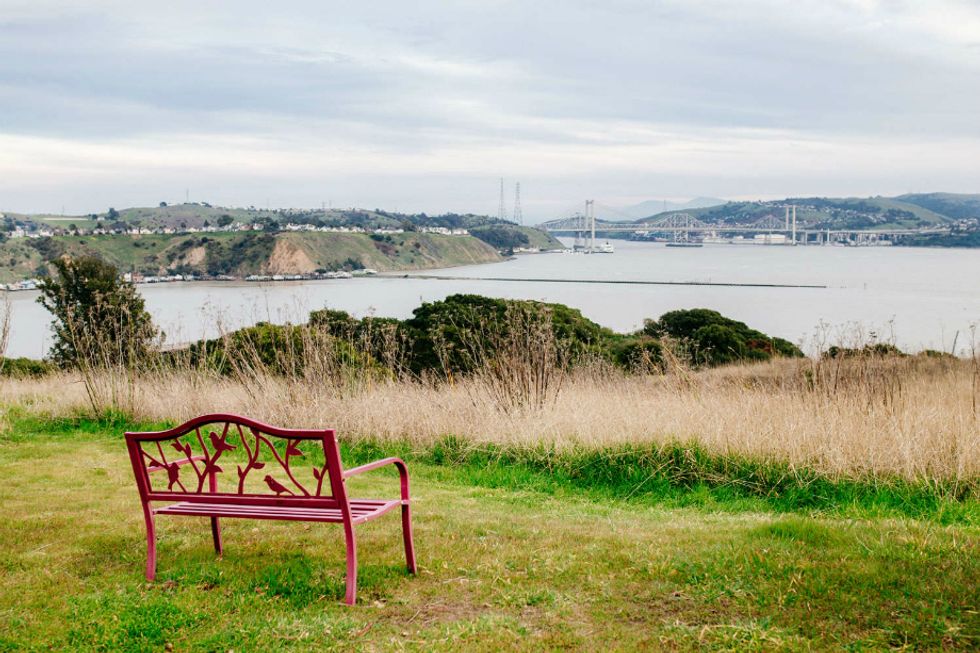 Take it all in. 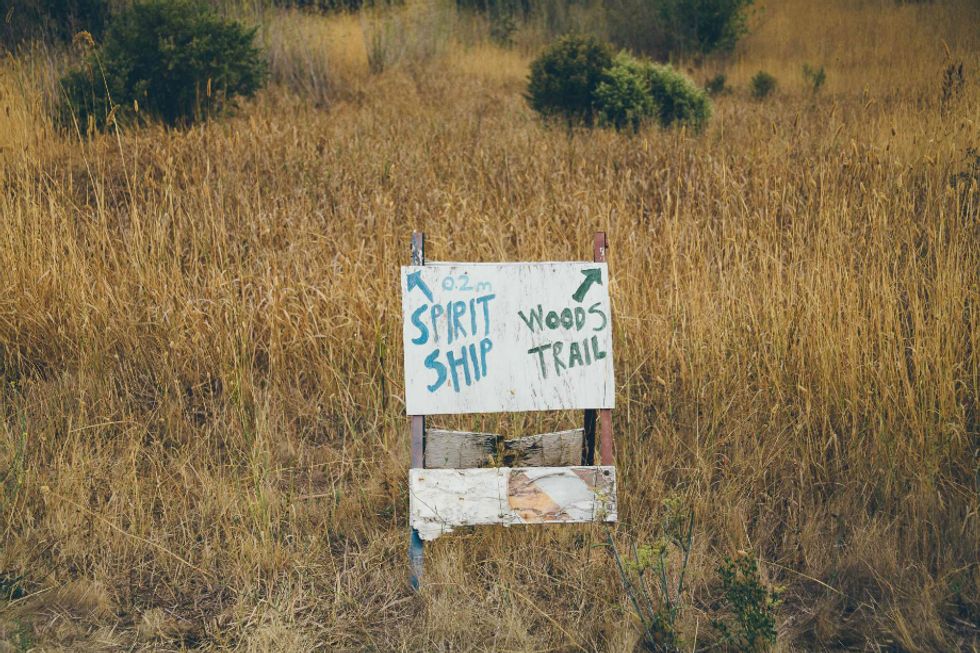 The only proverbial fork in the road, where you'll be satisfied with both end points. 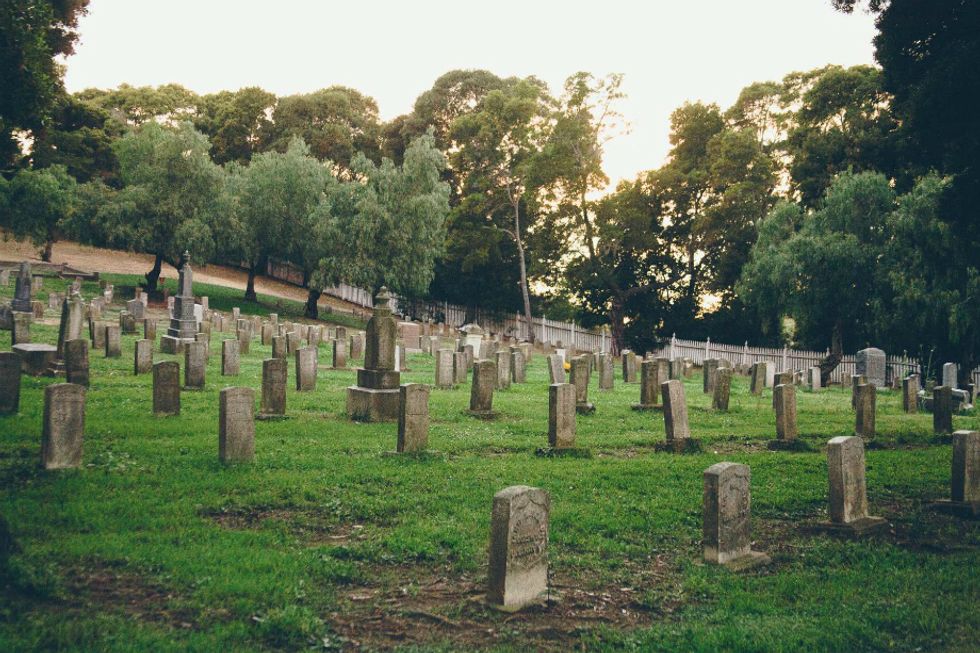 Stop by and pay respect to our fallen soldiers at the Mare Island U.S. Naval Cemetery—the oldest of its kind on the West Coast. 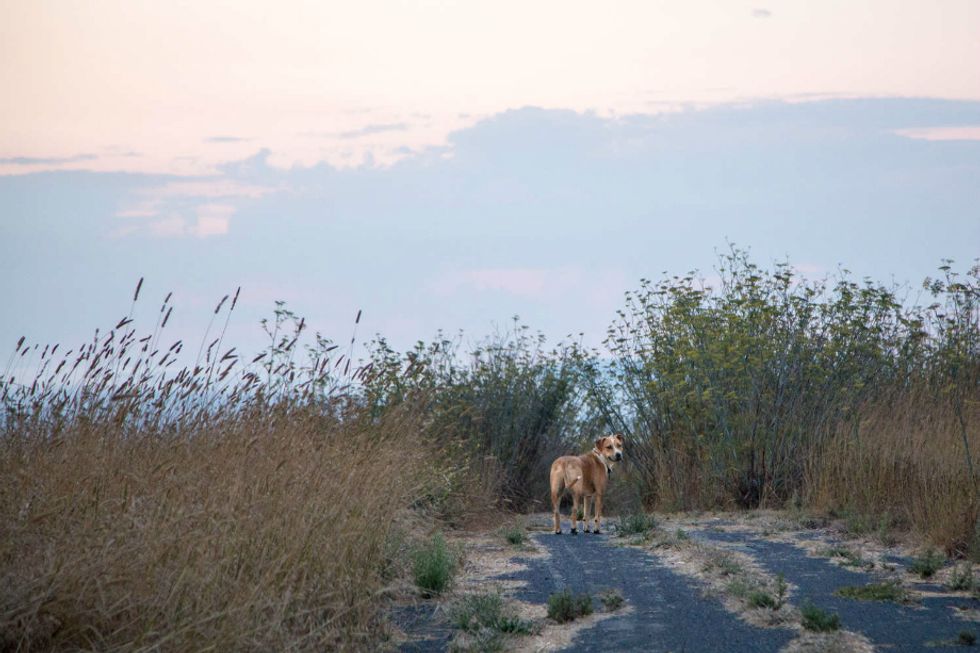 Nitro—Myrna's four-legged side kick—keeps a watchful eye out for any problem finches. 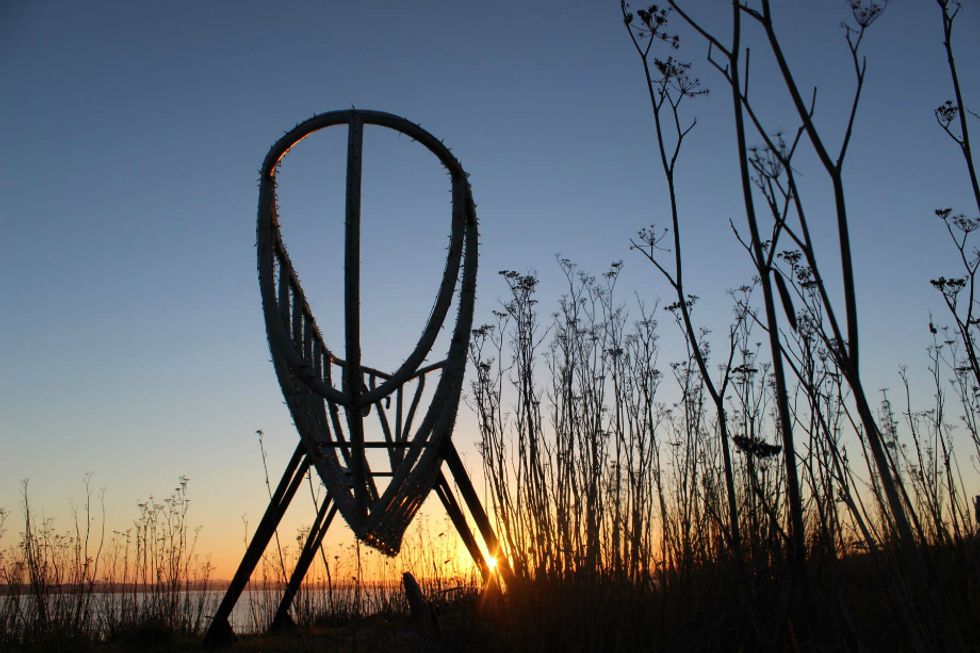 Per request, the above pictured Ghost Ship can be lit up—courtesy of a few strategically placed car batteries and a network of white Christmas lights—when the sun ceases to shine over the Bay.

Now a defunct naval shipyard, Mare Island was the first permanent West Coast installation of the U.S. Coast Guard. More than a century later, the once-lively maritime community is a shell of its former self, gloriously overtaken by native flora and fauna.

Snaked by a network of well-cleared trails that comb the more than 215 acres of grasslands and forest, the preserve is a bastion for biodiversity. Among the thick fields of wild fennel, mammals and reptiles can be seen wandering around the East and West trailheads. (The San Pablo Bay, too, is a known hotspot for watching bottlenose dolphins and harbor porpoises breach.)

Mare Island is also home to some of the best bird watching in Northern California. Avian enthusiasts will be happy to learn that the island has seen Osprey populations soar in recent years, due in part to the preserve's successful land management.

For the art aficionados, Mare Island is home to many creative installations—such as Ghost Ship, located at the island's highest viewpoint.

Sure, you could just park your car at the visitor's center (helmed by Mare Island's devoted land steward, Myrna Hayes) and do an exploratory walkabout—but why not stay the night? With two yurts—Vista History Garden Yurt and Old Tennis Court Yurt—available for daily rentals, you can slip between clean sheets after a day of hiking. Reserve your overnight spot in the East Bay's lost Eden, courtesy of Hipcamp.

Bathrooms: At the visitors center.

Extras: Take part in the annual bird-counting efforts at the FlyWay Festival.