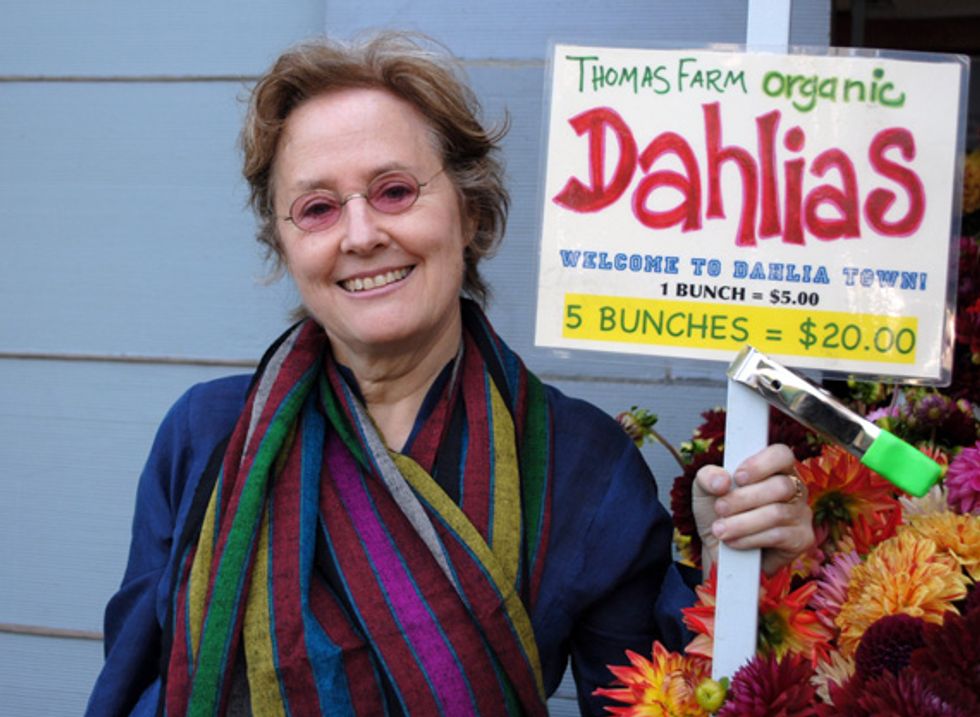 The shelves of my kitchen pantry are stacked high with the cookbook collection I began amassing over 12 years ago. Many of these books are dog eared, stained and regularly consulted. Others, though rarely used or thumbed through, have earned their home because of the sentimental value they have for my husband and I. Some of my favorite books in this collection are written by folks I see regularly at the Ferry Plaza Farmers Market, like Chad Robertson (Tartine Bread), Heidi Swanson (Super Natural
Cooking
) and Joyce Goldstein (The Mediterranean Cookbook).

Last week in the CUESA kitchen Alice Waters and Patricia Curtan stopped by to talk about their new books, 40 Years of Chez Panisse: The Power of Gathering and Menus for Chez Panisse: The Art and Letterpress of Patricia Curtan. Alice’s, Chez Panisse Vegetables has been a favorite of mine for many years, as much for the recipes as for Curtan’s beautiful illustrations. After the talk I asked Ms. Waters if she had a favorite cookbook to which she replied, “The books of Elizabeth David are kind of like a bible to me.”

I also asked a few chefs whose books are featured prominently on my own shelves about their favorite cookbooks. Chef Annie Sommerville of Greens said she counts Deborah Madison’s Local Flavors as both a personal favorite and a cookbook essential. Steve Sando of Rancho Gordo told me he has three favorites, Paula Wolfert’s CousCous and Other Good Stories, Marcella Hazan’s Classic Italian Cooking, and Diana Kennedy’s The Cuisines of Mexico. He added that, “many of the ingredients they called for were not readily available at the time [their books] were written, but these ladies took no shortcuts and all three have made us better cooks.”

Ryan Farr of 4505 Meats, whose new book Whole Beast Butchery will be released in November, told me he also had a hard time picking just one. “I love my French charcuterie books and the Au Pied du Cochon book is great,” he told me, “it’s The French Laundry Cookbook I go back to over and over again though. Every time I look at it I get inspired.”


At the market on Saturday, September 17th, in conjunction with some of our friends and artisanal food producers within the Ferry Building, we will be celebrating the pleasure and culinary wisdom we gain when reading a great cookbook at The Cookbook Festival. Stop by at 11 am to see Michael Recchiuti of Recchiuti Confections demonstrate recipes from his book Chocolate Obsession in the CUESA kitchen and visit the shops inside the Ferry Building that will be serving up treats from the books that inspire
them the most.