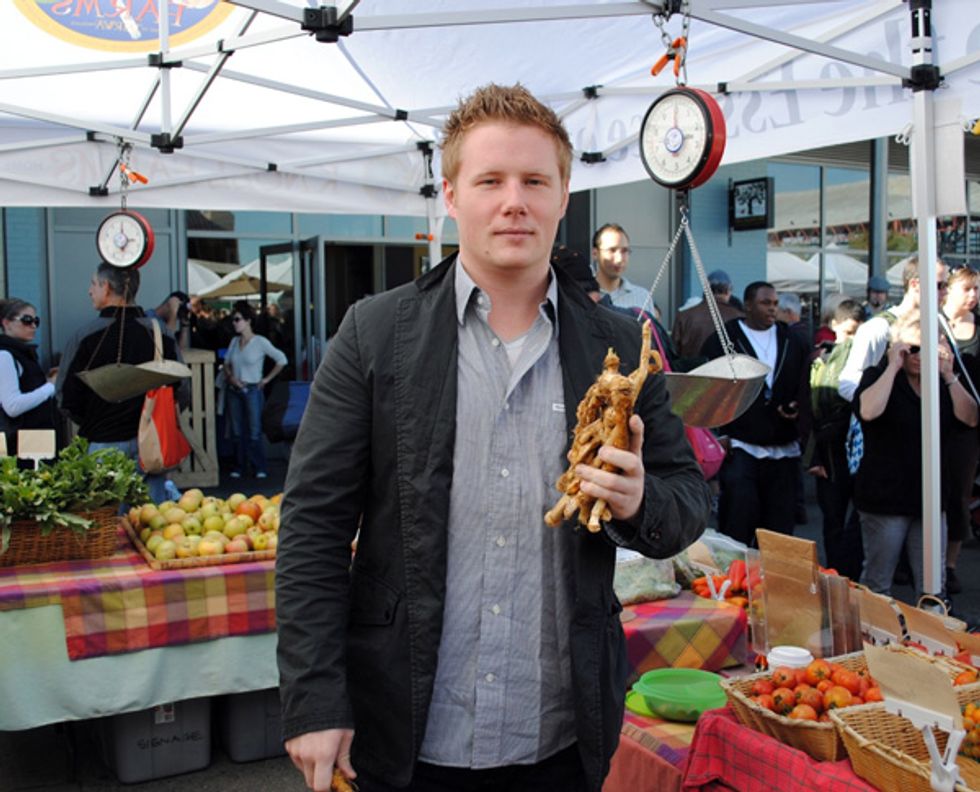 Thomas McNaughton, Chef and Partner at Flour +Water is ready for the end of tomato season. He told me this last Saturday as he wandered through an unusually warm November market with his weekly shopping list. (McNaughton’s menu changes daily, so he looks to the farmers in the market for regular inspiration). While Thomas was buying some of the season’s first Meyer lemons he said he was feeling especially ready for the beginning of the gradual wind down to Winter, with it’s abundance of squashes and root vegetables.

Flour & Water opened its doors a little over a year and a half ago and in that short time the restaurant’s handmade pastas, house-cured meats, and wood-fired pizzas have earned nothing short of rave reviews. McNaughton’s background includes a degree from the Culinary Institute of America in Hyde Park and stints at La Folie, Gary Danko and Quince. He has also traveled and worked extensively throughout Europe including time spent in Bologna, where he mastered traditional and artisan techniques for creating hand rolled pastas.  Flour + Water’s most recent project has been the completion of a private dining room space called the ‘Dough Room,’ which is currently accepting reservations for small groups interested in a customized eight-course tasting menu created by McNaughton and his team.

In addition the Meyer lemons, Thomas had other items on his list this week, including a bundle of horseradish root from Knoll Farms that he planned to shave over a crispy trotter cake served on a bed of Umbrian lentils. At Blossom Bluff Orchards he chose Fuyu persimmons to add to both salads and terrines. He also picked up a case of the softer Hachiya persimmon variety for the restaurants dessert menu. Here are some of the other items Chef McNaughton shopped for this week: