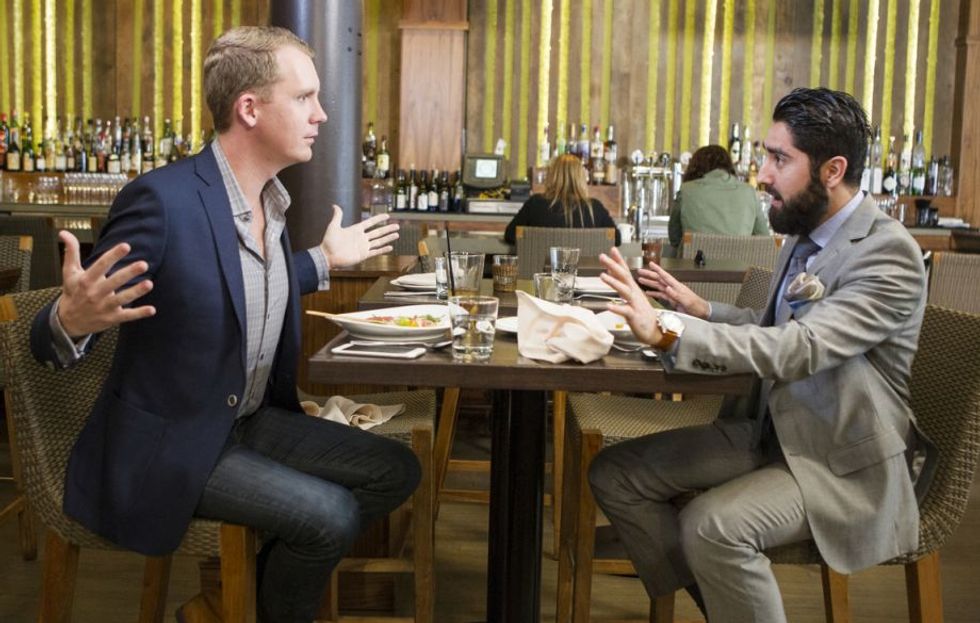 Take three real estate agents — a hipster-bearded business guy, a suave Pac Heights cutie, and a bitchy gay out for total domination — have them compete for the best listings in San Francisco, and make sure a camera crew is filming the whole time.

Great TV is all about the people, and having seen a preview, the cast will make it this Summer's must-see show! The three guys starring in it are Roh Habibi, Justin Fichelson and Andrew Greenwell. Here's a bit of background on these colorful characters.

Roh was born in Kabul, Afghanistan, and raised in the Bay Area. An orthodox Muslim, and devoted family man, he has a wife named Shugufa and new daughter. He joined Coldwell Banker Previews International last year to partner with its top producing luxury agent, Joel Goodrich, and they've already had some record-breaking deals (apparently a $12 million penthouse is coming soon.)

Should the San Francisco real estate world "fear the beard?" At the negotiating table, yes, but at the dinner table... well, he's just a sweetheart who wants to play with his daughter.

Justin is a native San Franciscan and well-liked by some of the most prominent people in town, having grown up with the upper crust of society. As a youngster he was Mayor Newsom's intern, and now sells houses Gavin would have to get in a bidding war to buy!

Justin works at Climb Real Estate, where he was recently named the brand’s luxury ambassador and is assisting them in establishing a new luxury division.

"A million dollars will not get you anything in San Francisco," he recently said. "You could barely get a one-bedroom." Sadly true, that.

Andrew hails from Sarasota, Florida, where he developed a passion for real estate as a child. As CEO of Venture Sotheby's International Realty in Pleasanton, he's the most experienced of the three agents, and doesn't hold his tongue.

Bravo warns, "If you cross him you better sleep with one eye open." Yikes! He must have a soft side, though, because he and his partner Paal Salvesen recently got married in a lavish ceremony in San Juan, Puerto Rico. So sweet!

So what kind of SF drama can we expect on the show?

"When business and millions of dollars are on the table, emotions do come about," according to Roh.

"You'll see myself, Justin and Andrew really getting into it because you're protecting your sellers or your buyers to the best of your ability, and you're that middle man, so you're doing everything that you can, and that means putting on the gloves sometimes."

Indeed! The first episode airs July 8 at 10:00pm on Bravo. You can see a preview at bravotv.com