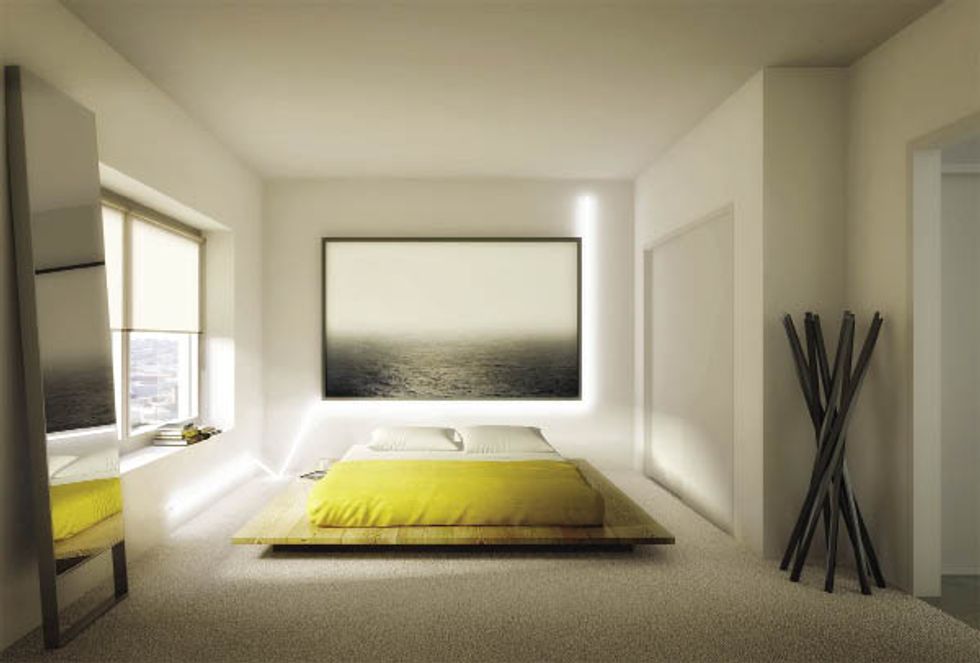 Mid-Market is the New Place to Be

If you build it, they will come. This is the philosophy of developers and entrepreneurs who are flocking to Mid-Market on the wings of Twitter, which famously headquarters there. In the next few years, the long-neglected stretch of Market Street between 5th Street and Van Ness Avenue hopes to draw strangers citywide to its renovated Strand Theatre (expected to open in 2015) and a forthcoming mixed-use complex, to be designed by the Copenhagen architectural firm Bjarke Ingels Group. Already, a slew of new doors are opening, aimed at giving the throngs places to eat and sleep.

At the corner of 10th Street, NEMA, which opened in October 2013, is luring luxury seekers with a four-tower, 754-condo complex that offers a saltwater pool, dog walking services, and a jitney to Tahoe. That’s not to mention the development’s as-yet-unnamed 8,500-square-foot restaurant, opening this fall, helmed by New York chef Suvir Saran (of Top Chef Masters fame).

Saran will be in good company. Chef-restaurateur Daniel Patterson (Coi, Plum, and so on) recently opened his fifth spot, Alta CA, in the neighborhood. There, chef Yoni Levy is taking a local approach to comfort foods, such as cracked wheat porridge and slow-cooked pork shoulder.

A stone’s throw away, on Folsom Street, Driftwood touts itself as a bar “where you don’t have to dress up for a craft cocktail,” according to co-owner Christopher Milstead. And because the ability to barhop is a necessary element of any real burg, the tasting room at Cellarmaker Brewing Co., which opened in October, makes it simple to stop in for a draft pint or take a growler to go.

Although Twitter’s move to the area is oft perceived as Mid-Market’s tipping point, AQ’s Matt Semmelhack is the culinary pioneer of these parts. On the heels of his November 2011 opening on Mission Street, the proprietor fired up the grill two doors down at TBD this winter (see p. 71). His next venture, a French brasserie called Bon Marché Brasserie & Bar, is slated to open in November. “I told our broker I wanted to be ‘close to Twitter,’” Semmelhack recalls. The reply? “‘How about in their building?’”

Kelly Wearstler, the Beverly Hills design star whose name is synonymous with glamour, is putting her celebrity stamp on Mid-Market. Lauded for her opulent interiors for Viceroy Hotels, Wearstler has inked a deal with Kor Group to helm the $40 million renovation of McAllister Street’s historic Renoir Hotel. An opening date is still to come, but genius takes time. An open lobby, rooftop bar, and total revamp of Renoir’s 135 rooms are reportedly in the works.