O Canada, we can't get enough of you. Our quiet, peace-loving next-door neighbor (or neighbour), has so much to offer (and we don't just mean Ryan Gosling and Justin Trudeau).

Whether or not you were serious about fleeing across the border upon the recent presidential election, Vancouver is well worth checking out even if immigrating seems like a pipe dream. Nicknamed Hollywood North for the absurd number of TV shows and movies filmed here (Deadpool, iRobot, and Rise of the Planet of the Apes), Vancouver is like San Francisco's hip baby sis. Seriously, once you're there, you couldn't feel more at home.

GETTING THERE + GETTING AROUND

BY LAND OR BY AIR

The SkyTrain's Canada Line takes you straight through residential neighborhoods and right into the heart of Downtown Vancouver, so don't be surprised if this driverless version of BART is your primary mode of transportation throughout your trip. The fare ($2.75 for one zone, $4 for two) is for as many trips as you want to any stop within a 90-minute window and includes Vancouver's extensive bus system too, so you can definitely take advantage of that.

Like a cross between a rental car and Uber (a service Vancouver doesn't have), Car2Go is absurdly simple—find cars near you on the app, drive it where you need to go, and park it anywhere when you're done. You'll be charged $0.41CAD (30 cents in current dollar conversion) per minute. Read here about how to register your non-Canadian driver's license.

If you're driving up, definitely think about bringing your bike. Vancouver is the home of bike lanes gone wild, so you'll see bright green strips for cyclists everywhere. The beautiful Seawall and Coal Harbor area has plenty of bike rental shops, such as Spokes Bike Rentals and Bikes on Robson.

Affectionately dubbed 'water taxis,' these adorable floating tubs will take you across the shimmering False Creek to various points between Downtown and central Vancouver. Check out the maps of False Creek Ferries or Aquabus (they might be competitors, but they'll happily let you know both of their schedules when you're waiting at their shared docks).

With its welcoming views on immigration and a prime location for fresh seafood, it's no surprise that Vancouver has the best Cantonese, Shanghainese and Japanese food markets you'll ever see. Many spots such as Kirin Seafood Restaurant and Golden Ocean Seafood Restaurant give dim sum the white-tablecloth treatment. If xiao long bao is your thing, Shanghai River will get you authentic Shanghainese dim sum—watch the dough mastery close-up through the open kitchen. Tiny, hole-in-the-wall Ajisai Sushi Bar is a secret gem in Vancouver's quaint Kerrisdale neighborhood—with no kitchen, it puts all its efforts into its bar-style sushi.

Curious about Canadian cuisine? The Oakwood is a full-on Canadian bistro, with woodsy Canadiana (including a pair of white antlers) adorning its brick walls. Their brunch definitely hits the spot, but remember to make a stop during dinner, too—the brisket poutine skillet is TDF. The Canadian to US dollar conversion means you can pull out your wallet sans guilt, knowing that the seafood restaurants Blue Water Cafe and Miku Restaurant are worth every penny. Spot the OceanWise symbol on all these restaurants' menus (and many more across Vancouver) to ensure that your delicious fish dish is also a sustainable choice.

Local and sustainable Earnest Ice Cream's flavors are made in-house and change throughout the day, and Rain or Shine Ice Cream features scoops made from natural, local, and organic ingredients. Award-winning Bella Gelateria is well worth the line for its gelato, and its spot in Coal Harbor make it the perfect place to enjoy a cone on the waterfront. Or if you're the indecisive type, try out all of La Casa Gelato's 218 flavors (including blue cheese)—just step through the bright pink doors. 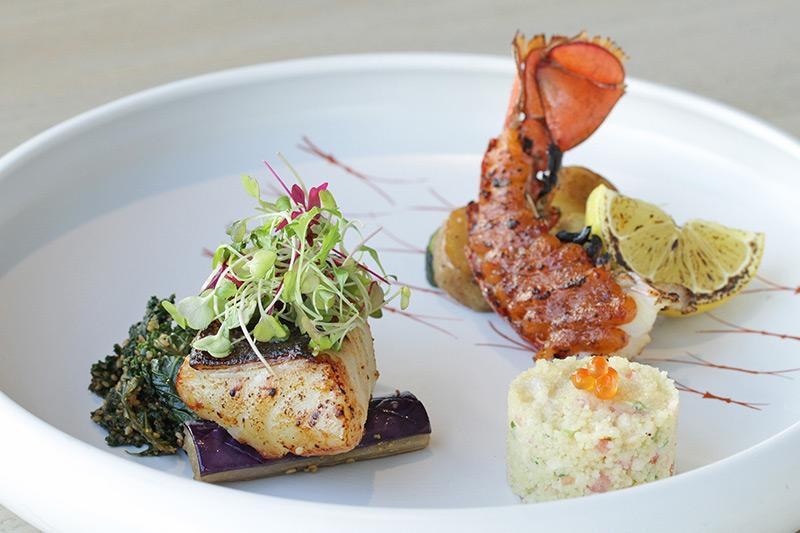 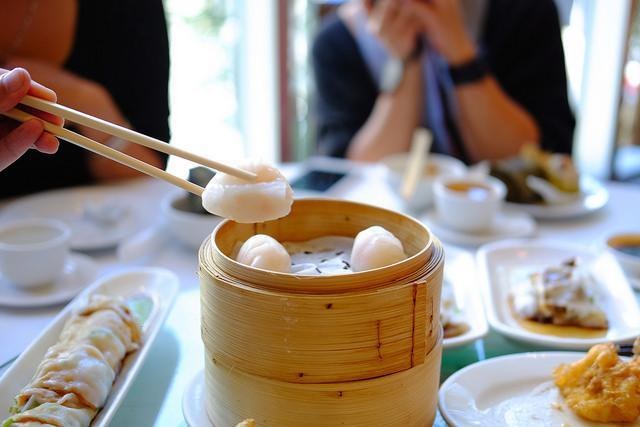 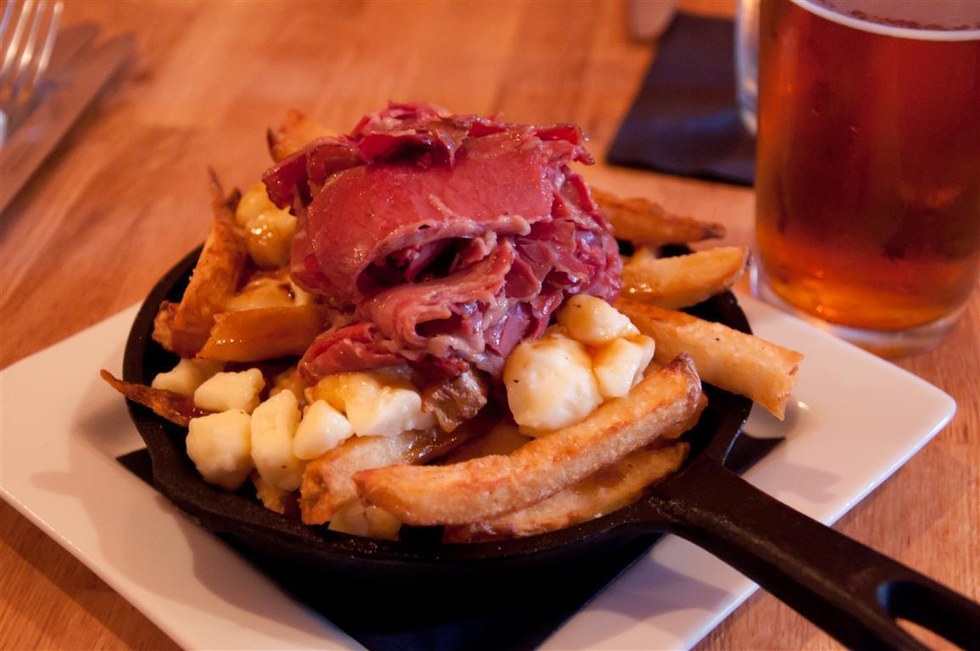 The poutine—fries, gravy, and mozzarella cheese curds—is a classic Canadian dish. The Oakwood serves theirs in a skillet with brisket. 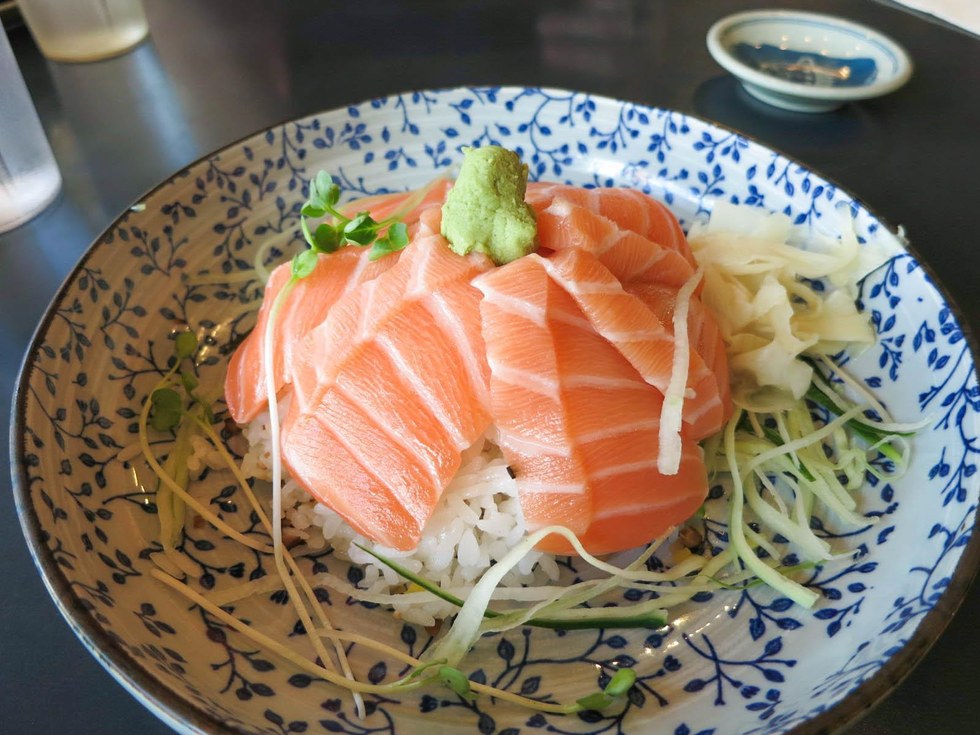 The salmon don is one of many delectable dishes at Ajisai Sushi Bar. 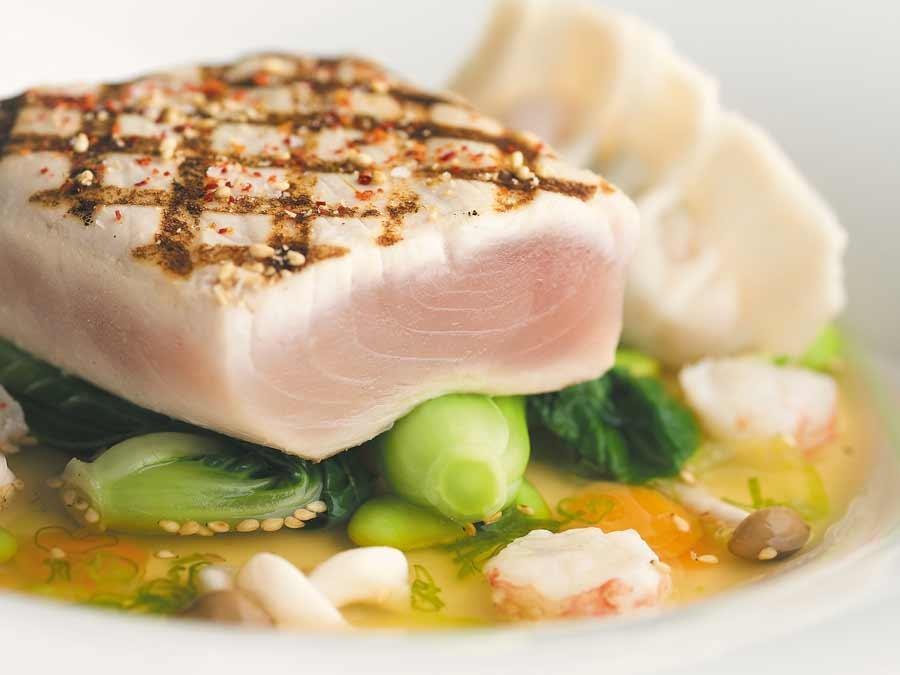 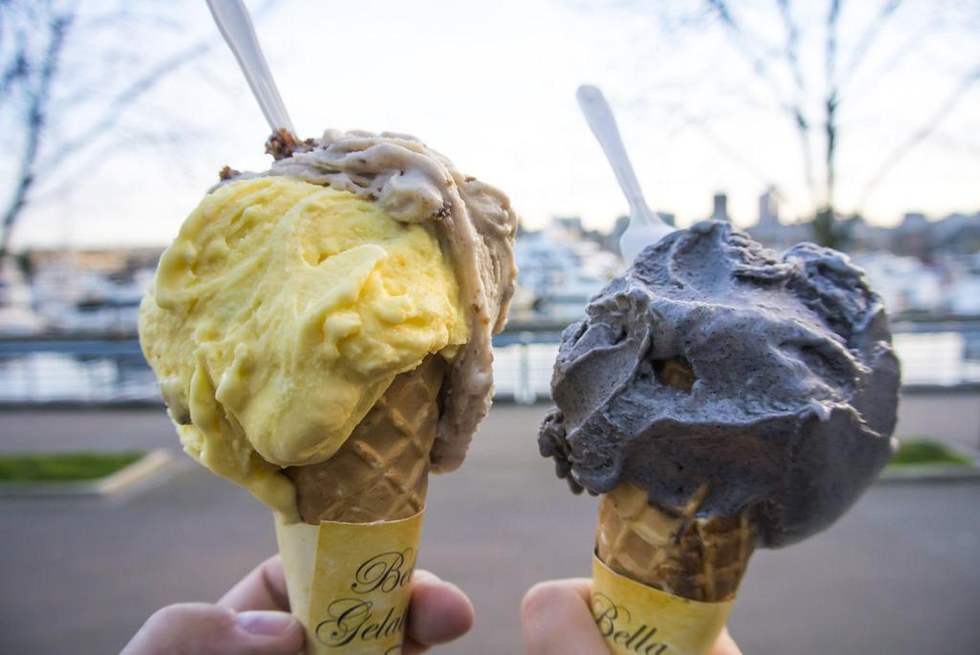 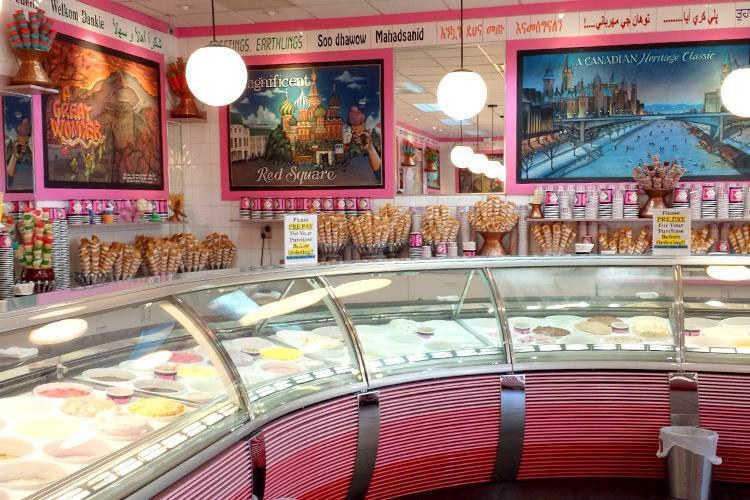 La Casa Gelato is known for having 218 flavors (out of their 500-plus recipes) housed inside its bright pink walls on any given day. 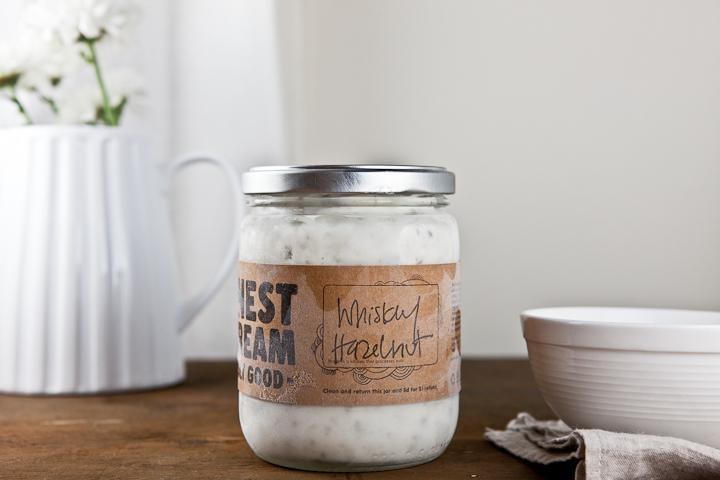 We mentioned it before and we'll mention it again—you have to do the Seawall. Whether by bike or on foot, this scenic path winds around Downtown's Waterfront area, sandy beaches, and Stanley Park—one of the largest urban parks in North America (yes, it's bigger than Central Park). From there, you can make your way over to a water taxi stop at one of the beaches or in Yaletown, and cross the gorgeous False Creek to Granville Island, the former industrial area turned artisan hub of Vancouver. Their indoor Public Market is a must-see, and the free kids' waterpark is perfect for the little guys on a hot day. No kids? VanDusen Botanical Garden is not only big and beautiful (hedge labyrinth, anyone?), it offers a picnic basket for two that makes a perfect lovers' retreat. With 60 food booths and more than 200 retailers, Richmond is bringing to its Asian-style night market scene this year the Illumination Night Market, which will feature the largest summer light show in North America.

Get all your global name brands at the McArthur Glen Designer Outlet, a huge outdoor shopping strip built two years ago, or opt for the iconic Canadian brand Roots (the Canadian lumberjack look is not just a stereotype). If you walk through the more hipster neighborhoods in Vancouver (check out: Main St., West End) and start wondering where Vancouverites get their fashion game on, you'll have to explore the city's huge consignment-store scene. With boutique-like charm and quality filtering, Front & Company, Mine & Yours, and Hunter & Hare are just a few to start with for some impeccable finds. 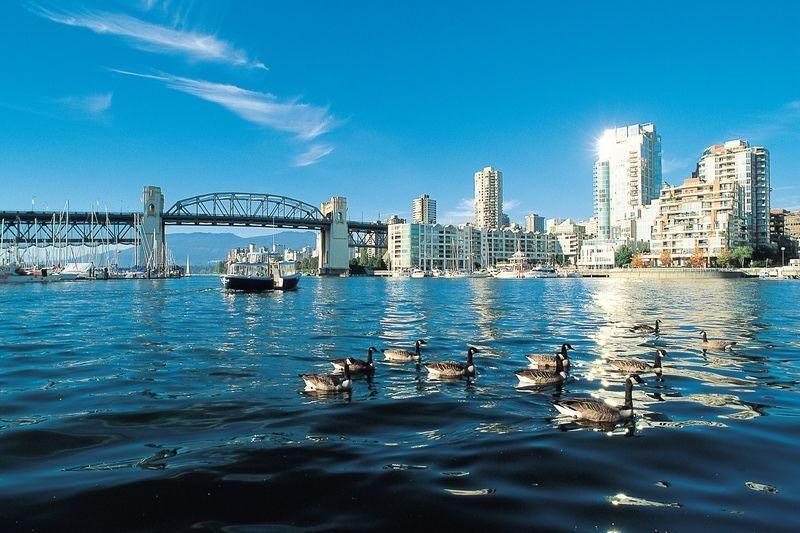 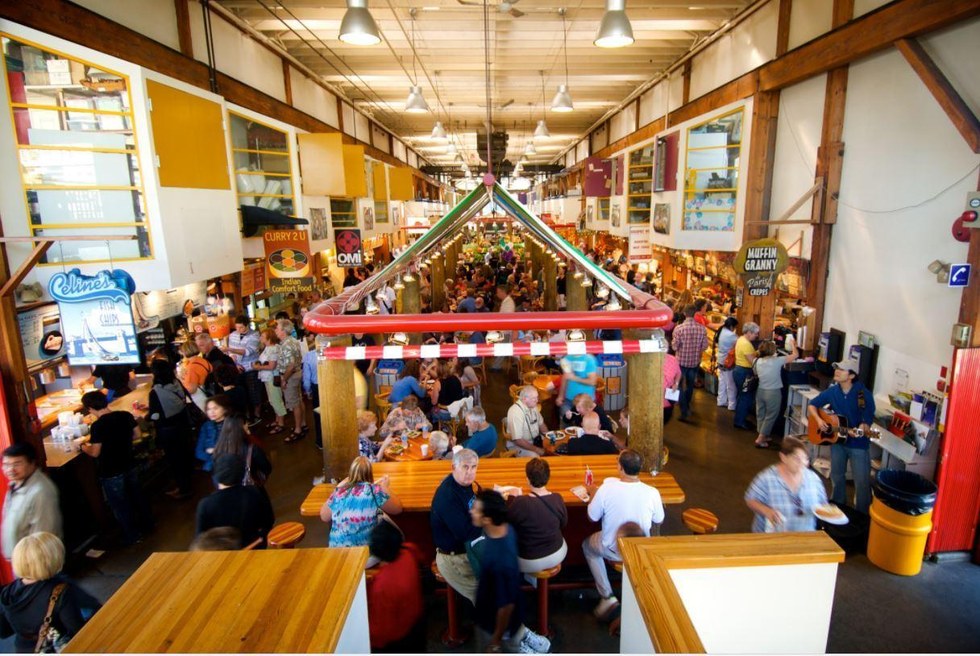 The Public Market on Granville Island is an experience like no other. 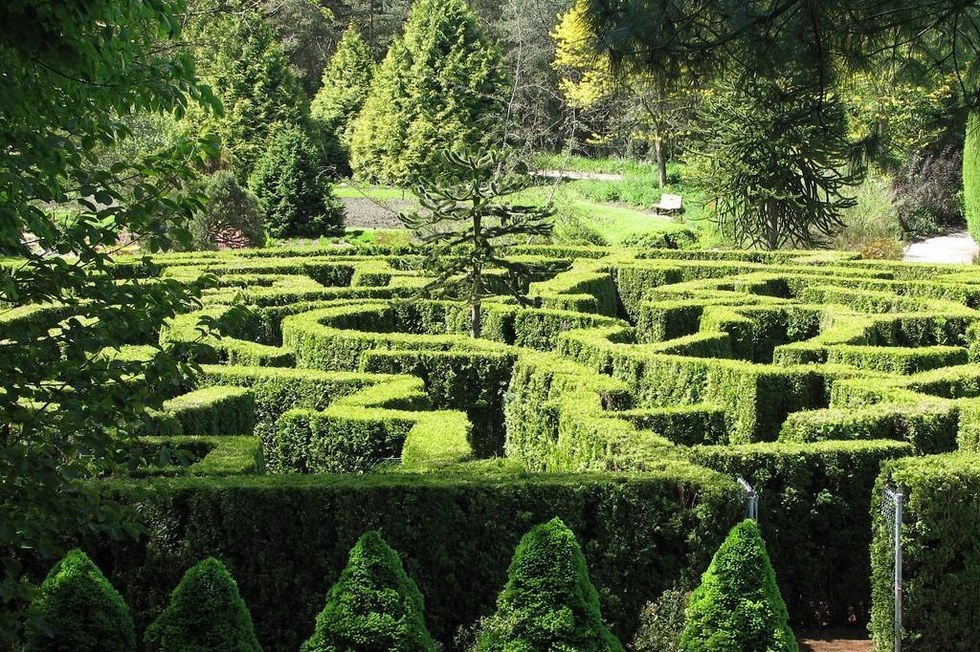 VanDusen Botanical Gardens is not only big enough to get lost in, it even has its own hedge maze. 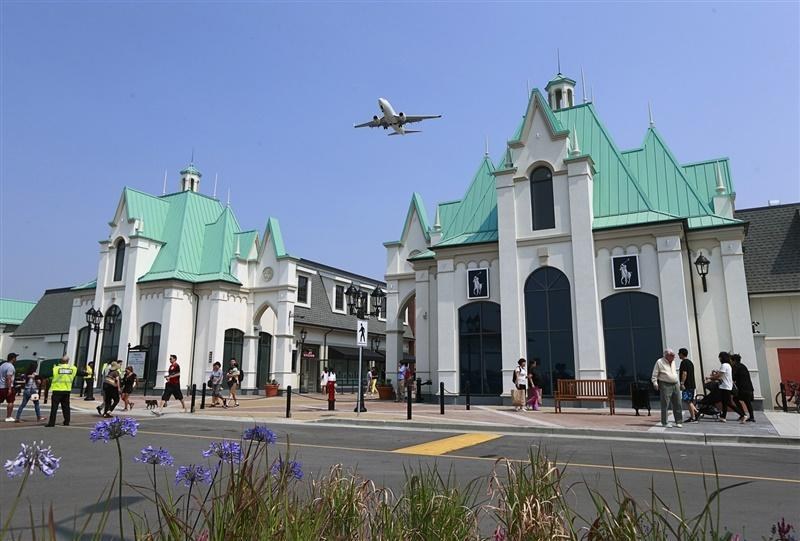 The McArthurGlen Designer Outlet was built two years ago, and shares Sea Island with the Vancouver International Airport. It's stock full of designer brands, and frankly, reminds us a little of Disneyland. 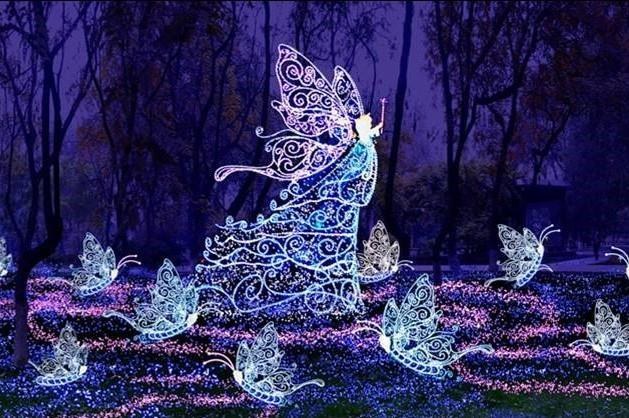 DAY TRIPS FROM THE CITY

(Courtesy of Sea to Sky Gondola)

Though there are plenty of beaches and gorgeous urban parks (see: Stanley Park, Queen Elizabeth Park to hike through right in the city), the best part about Vancouver is that you can drive 30 minutes to an hour from the urban center into the wild.

Cruise up the scenic highway route or grab the daily shuttle to the Sea to Sky Gondola, which shimmies up 6,300 feet to offer panoramic views of the valley, the bright blue water of Howe Sound, and the majestic Stawamus Chief (which you can later hike, if you're up for it). At the summit, the experience continues with forested trails, a 328-feet suspension bridge, and a view-hugging restaurant at the lodge.

Continuing up the Sea to Sky Highway will land you in Whistler, famously known for hosting a large part of the Vancouver 2010 Winter Olympics and an absolute paradise for skiers worldwide. The mountain range isn't any less gorgeous in the summer, with hiking trails, lakes, and even bear-viewing opportunities galore. Relax at the adorable and lively Whistler Village or soak in an outdoor bath surrounded by rustic scenery at Scandinave Spa.

A comfortable 1.5-hour ferry ride ($17) to Vancouver Island will whisk you away to Victoria, the province's capital. With quaintness akin to a quiet British town, Victoria is the place to go for high tea at the century-old Empress Hotel or for selfies in front of the Parliament Building (aka a mini Buckingham Palace). Butchart Gardens is recognized as one of the most fabulous gardens in the world and definitely makes it onto any Victoria must-visit list, especially since you can partake in afternoon tea here, too. 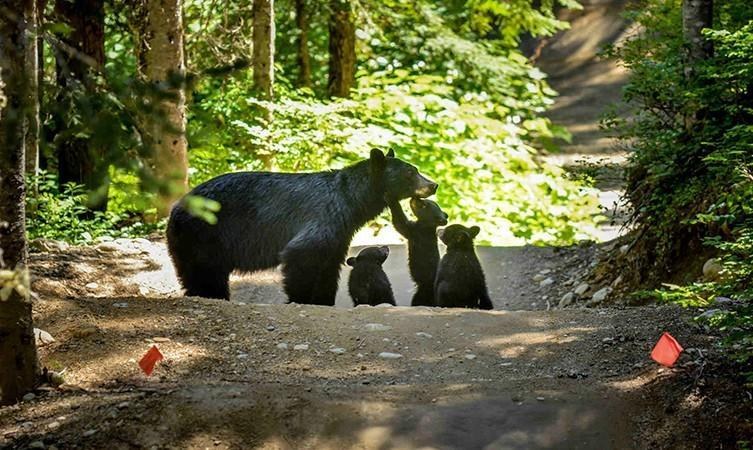 Apparently bear-viewing is considered a family activity at Whistler. We're not surprised. 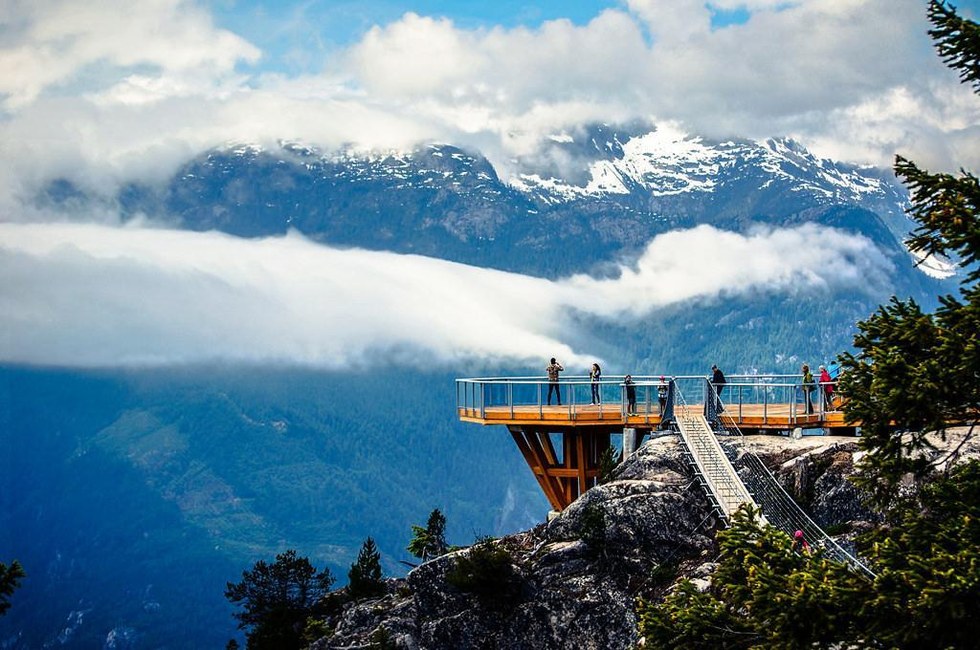 Stop at the summit for breathtaking views after getting off the Sea to Sky Gondola. 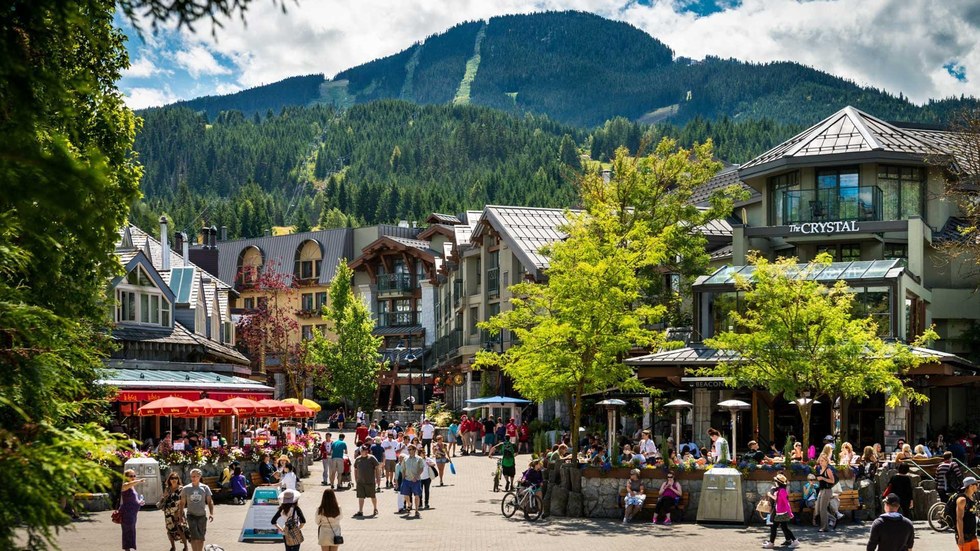 The Whistler Village is tucked away, bustling, and absolutely adorable. 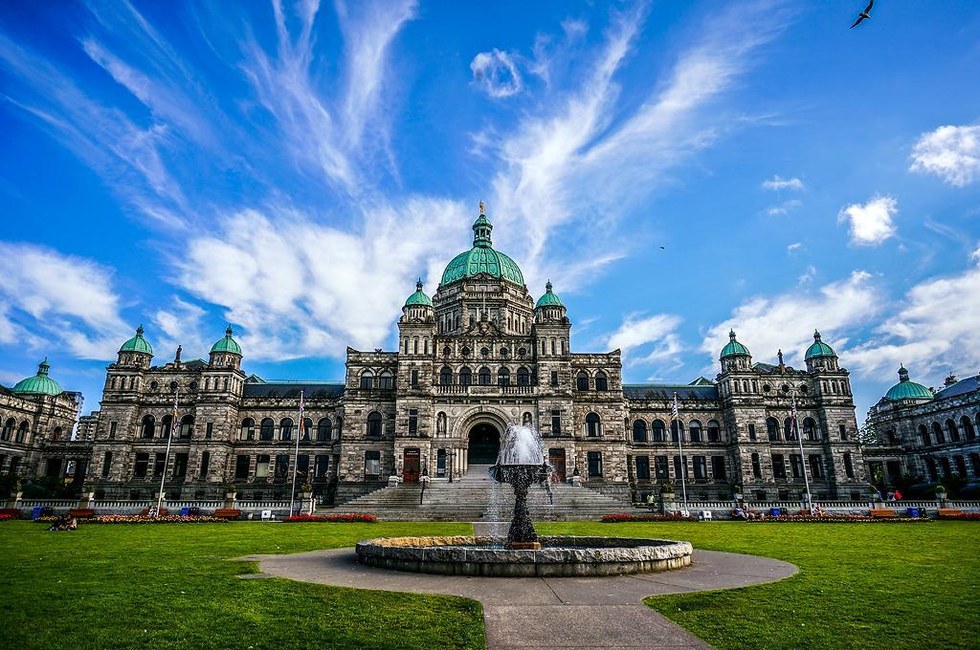 Victoria is the capital of the province, and known for its proud Legislative Buildings. We told you they were like a mini Buckingham Palace.

Who organized SF's massive solidarity march this week? A Mission teen and her 'homies and homeboys'

This sunny Duboce Triangle home is the stuff of shelter-in-place dreams, asking $3 million

50 Years of Pride: A Look at San Francisco's Parades Throughout the Years

Scenes of Solidarity Around the Bay Area

How to Support ​Black Lives and Community​ in the Bay Area

Pride in Place: 50 Ways to Celebrate the 50th Anniversary of San Francisco Pride

How to Support ​Black Lives and Community​ in the Bay Area

This sunny Duboce Triangle home is the stuff of shelter-in-place dreams, asking $3 million