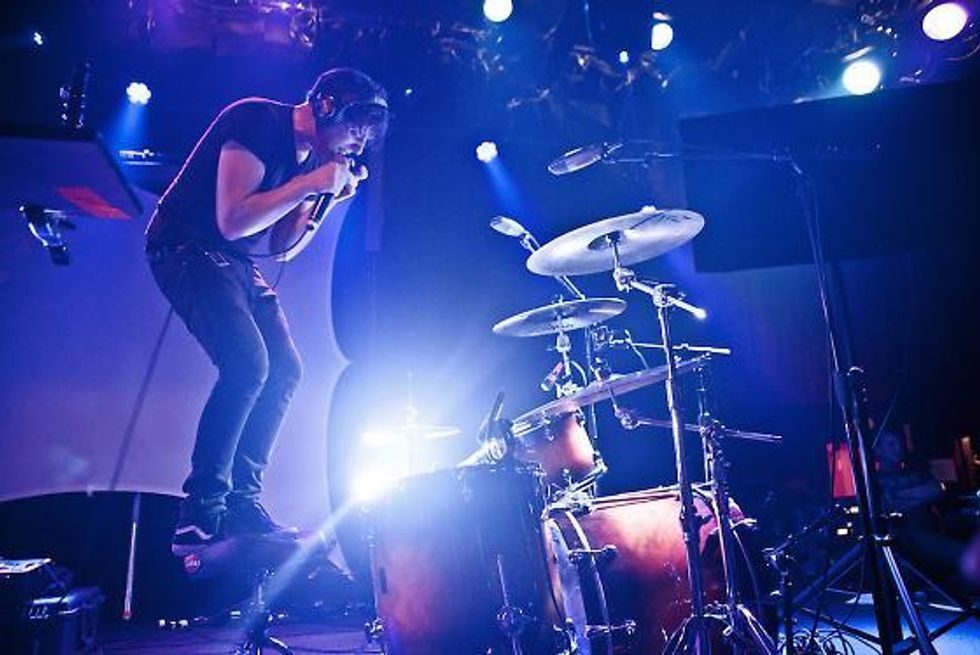 Nightlife Guide 2015: Where to Hear Live Music in San Francisco

By
Joe Starkey
Not all find bliss on the dance floor. For many of us, a solid night out involves catching our favorite band live or a hearing a jazz act throw down some choice beats.
Boom Boom Room
This storied juke joint has moved away from its bluesy beginnings when John Lee Hooker would hold court in his own booth, but the venue continues to showcase funk and soul grooves that send revelers straight to the dance floor. // 1601 Fillmore (Lower Pacific Heights), boomboomblues.com

Bottom of the Hill

Music lovers flock to this intimate club to catch both new and established acts. Headliners such as The Strokes have been known to make hush-hush appearances, and Arcade Fire chose the spot for their first SF show. Stanford alum K.Flay throws down March 23. Perfect for indie rockers and the Converse-sporting set. // 1233 17th Street (Potrero Hill), bottomofthehill.com

At this house of aural worship, À Côté restaurateur Jack Knowles has branched out with a nightclub and restaurant on a buzzy block. These days, the sounds here skew indie, a natural fit for the neighborhood. Foxygen plays April 16. // 777 Valencia (Mission), thechapelsf.com

The Western swing and Lindy Hop revival may have come and gone, but the retro feel lives on at this longtime hepcat hang that focuses on pizza and jazz. Order a Greyhound. // 1511 Haight (Upper Haight)

A newer North Beach subterranean venue in the location of the old Purple Onion, Doc’s has cocktails, food from a chef formerly of 15 Romolo, and hosts nightly performances from local bands and touring musicians (along with comedians and even burlesque). // 124 Columbus (North Beach),  docslabsf.com
The Fillmore
At the legendary birthplace of the San Francisco sound, the rock ’n’ roll history practically oozes off the wall. The bands play beneath the chandeliers just steps away from the venue’s staggering collection of hand-out concert posters. An institution, a legend. Regular trips here are required for any proud local. Haim beckons April 9 and 10. // 1805 Geary (Western Addition), thefillmore.com

The effortlessly cool venue in the thick of lively Alamo Square (or NoPa... or whatever you want to call it!) has a stellar sound and light system and a penchant for must-catch performers. London Grammar schools SF on March 27. // 628 Divisadero (Alamo Square), theindependentsf.com

This retreat for cool kids seems to have modeled its decor after a decadent prom with tinsel shimmering from the ceiling. Expect fab music and literary events. They even have a slow jams night for slow dancing with that special someone. Adorable. // 3225 22nd Street (Mission), makeoutroom.com

This unlikely hot spot off the beaten path serves up strong drinks alongside live music and DJ sounds that run the gamut from electro to indie rock. Soul Clap Dance-Off challenges SF hoofers May 3, and indie band the Cave Singers give a shout May 19. And don't miss the rickshaws adorning the venue. // 155 Fell (Hayes Valley), rickshawstop.com