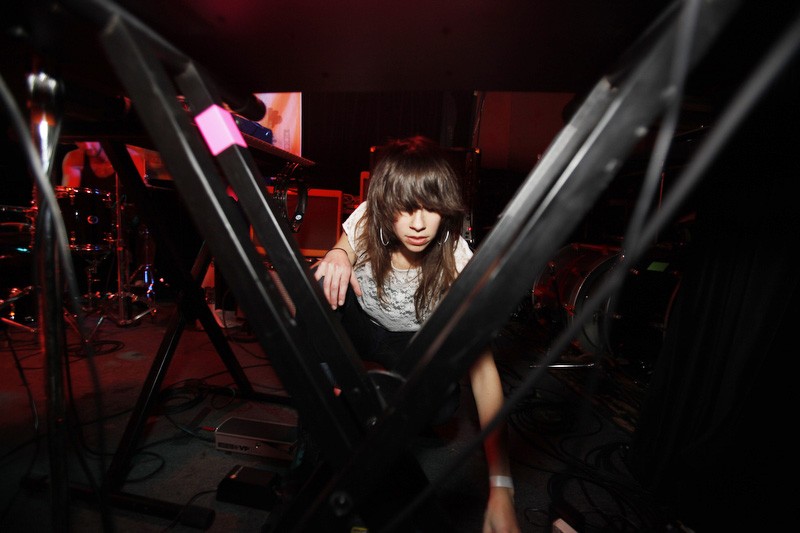 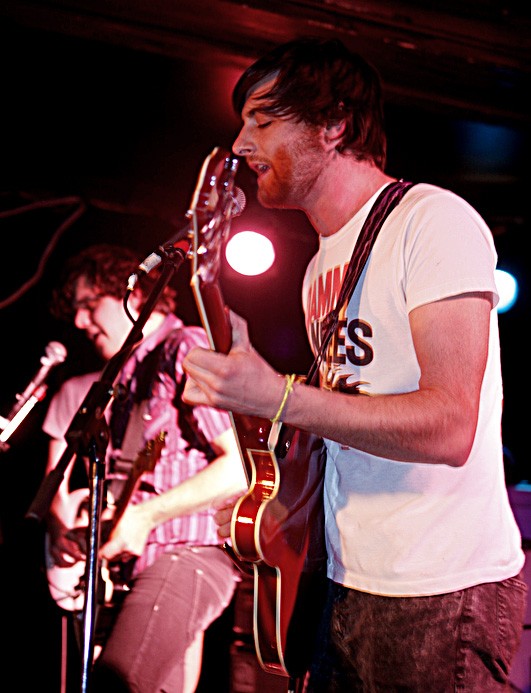 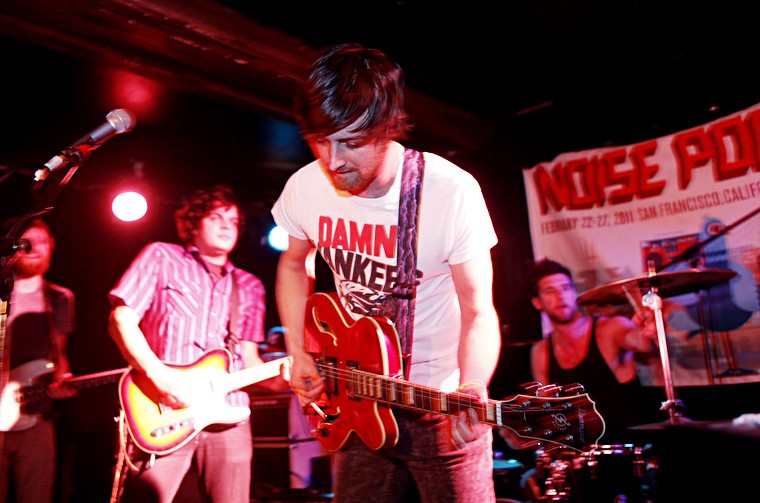 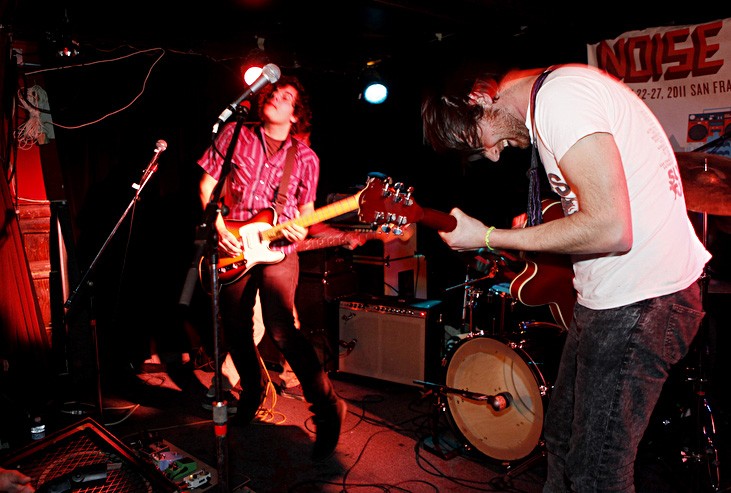 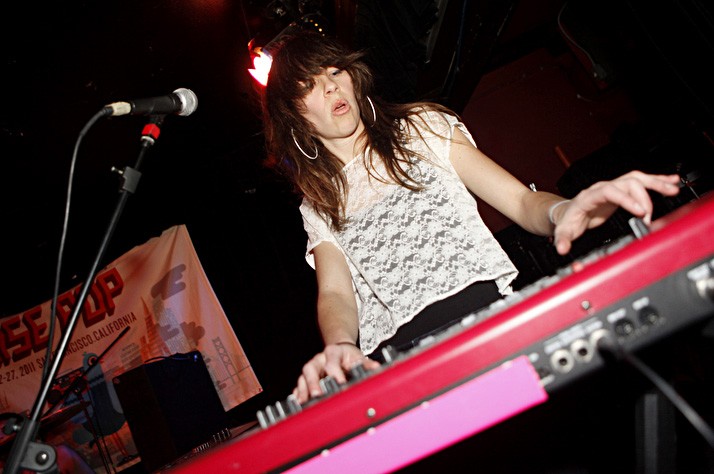 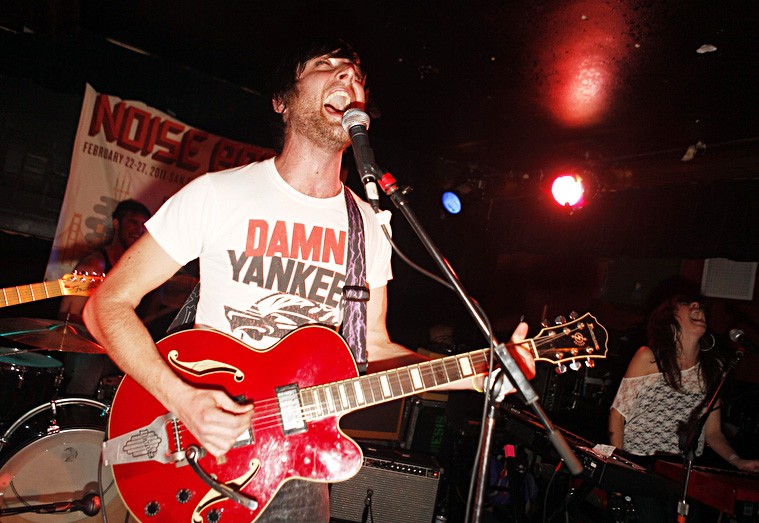 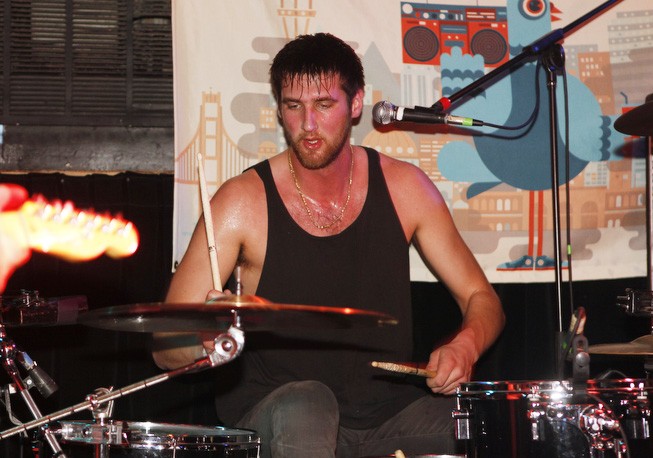 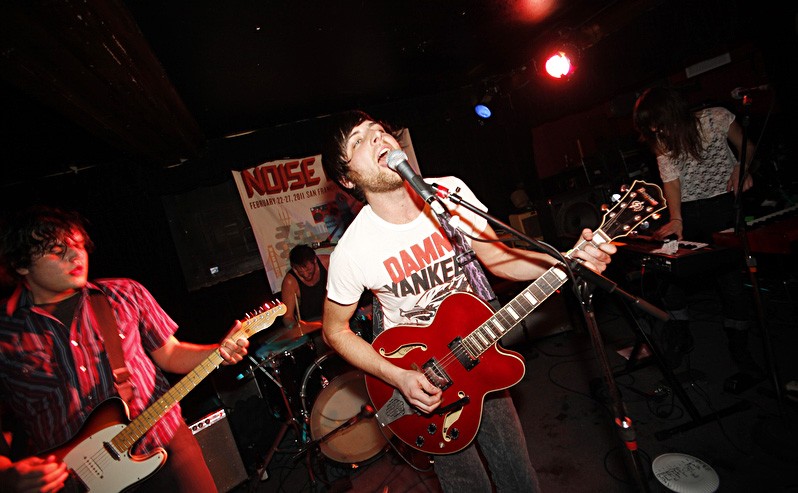 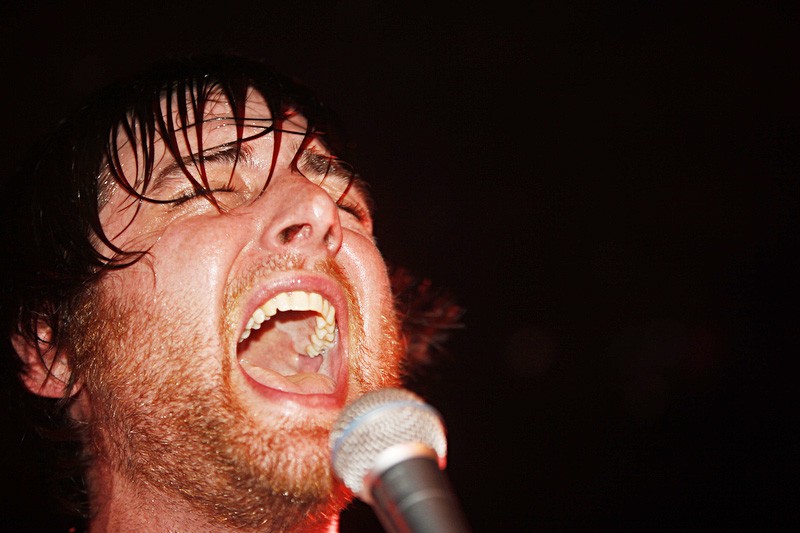 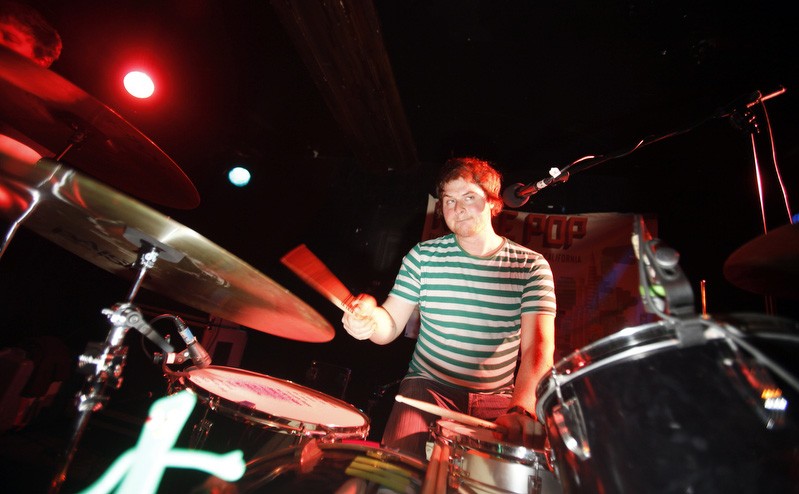 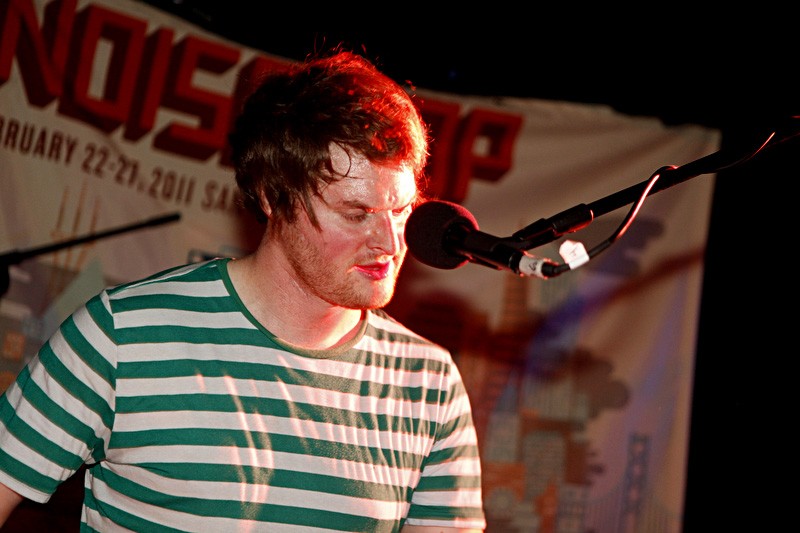 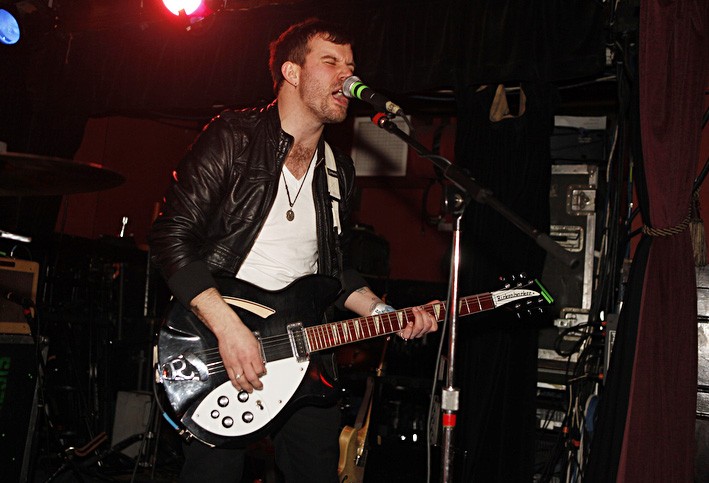 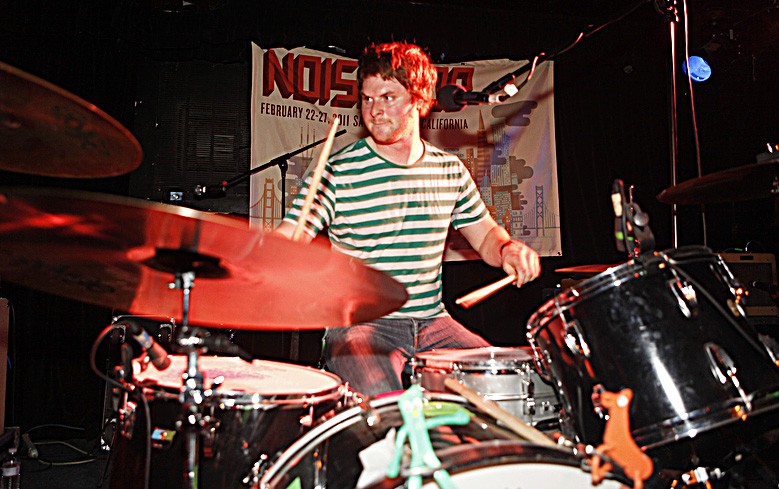 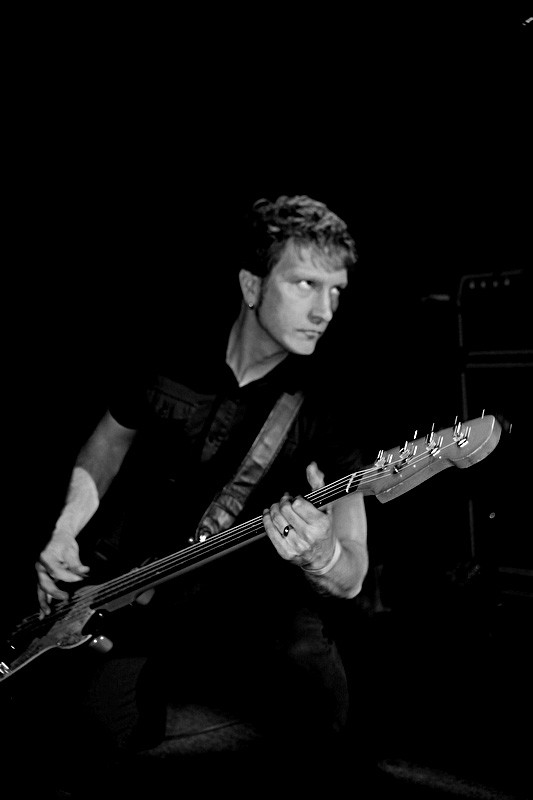 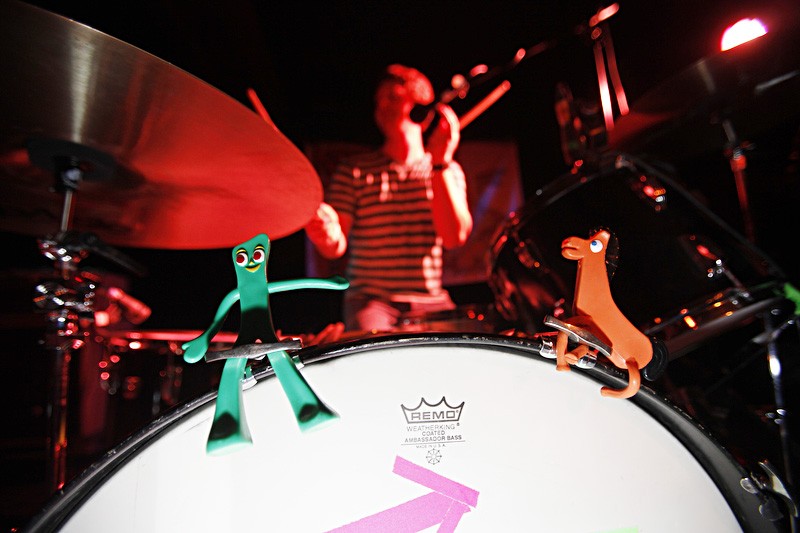 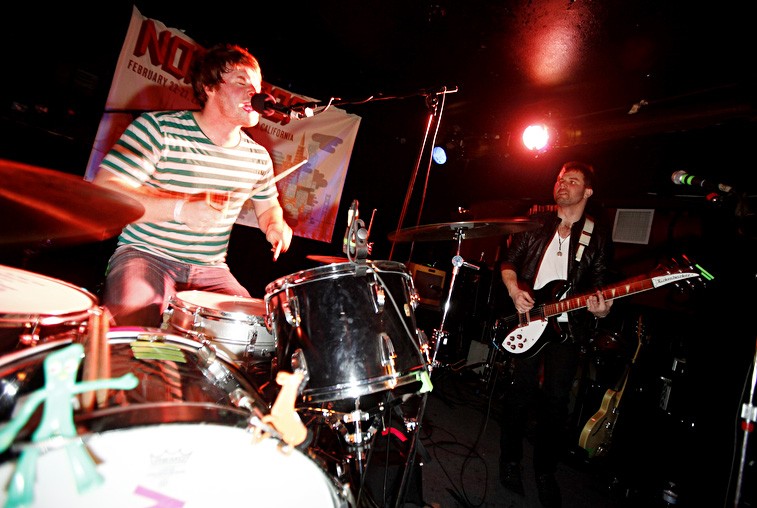 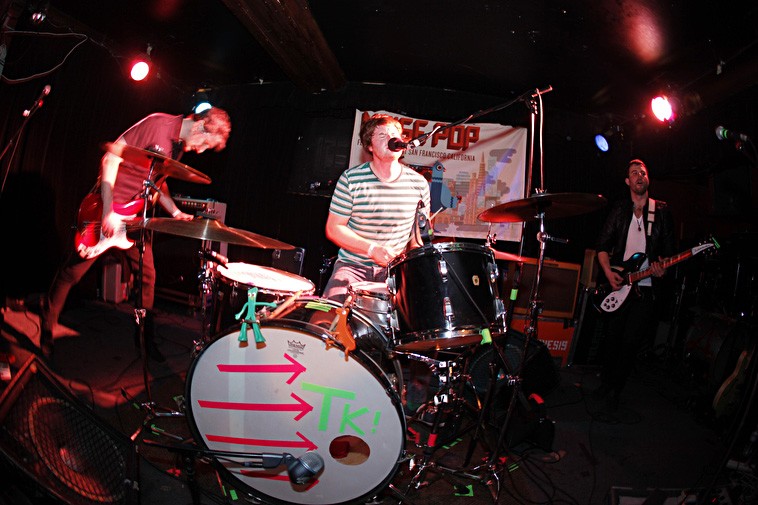 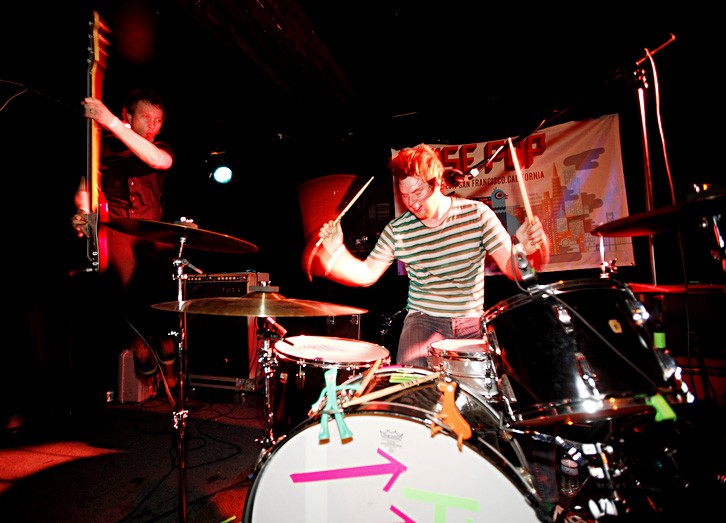 It was a Merge Records love fest at last night's sold out Cafe Du Nord show, showcasing two of the label's hardest working up-and-coming acts and an old favorite, dredged up from the glory days of 90s alt rock.

It was a coming-home for Versus, a band whose core, Ed and Richard Baluyut, used to live in San Francisco. The crowd shouted "Welcome home! We love you!" throughout their set of alt-grunge jams, starting with "Invincible Heroes", a criminally catchy track that begins in a soft swirl of crystal guitar notes before raging into its signature onslaught of embittered lyrics, heavy riffs and gorgeous violin accents. The headliners have been slowly clawing their way back into the collective consciousness; they released their first LP in ten years. They even laughed about how it dropped the same day as labelmates and future Grammy upstarts the Arcade Fire's The Suburbs. Nonetheless, the band wailed through "The Ones And Threes" from the latest album, a departure from their decades-old sound into a more melodic world exploring the themes of an unraveling relationship.

It was Versus' fellow Merge Records warriors Telekinesis who stole the show, despite a healthy dose of sound difficulties. The solid power trio, led by the ferocious drumming of Michael Benjamin Lerner, sweated out excellent power pop songs echoing the songwriting style and whimsical mind of Paul Simon and the unrest of Saves the Day copping more than enough attitude to get the audience to freak out right along with them. The Seattle-based band attacked their best hip-movers "Coast of California" and "Tokyo" with more tenacity than any band of the night and it was clear where the audience's loyalties lay; by the time the headlining act played their first notes, half the venue had emptied out.

Five Live Music Shows to Buzz About This Week

Joan of Arc's Tim Kinsella on the New Album, The Chicago Music Scene, and SF Bands

The Ultimate Guide to Healthy(ish) Eats in San Francisco